‘Slaves of the sea’

The long-forgotten Jaladas community and their need for policy inclusion 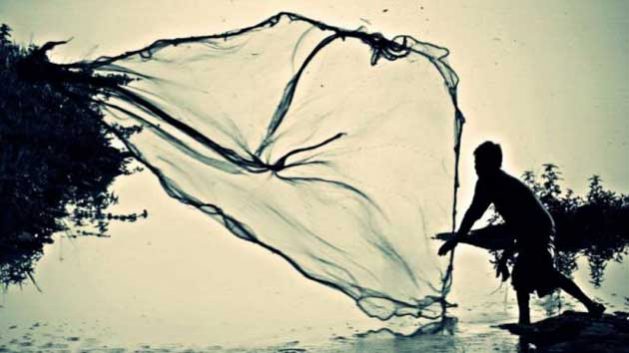 Jan 6 2019 - Employment in fisheries and aquaculture around the globe has grown faster than the world’s population. The sector provides jobs to tens of millions and supports the livelihoods of hundreds of millions.

Bangladesh, the world’s largest deltaic zone, is crisscrossed by big rivers and their tributaries and distributaries. Moreover, as a land with an abundance of torrential monsoon rains, most of the plain lands remain inundated during the monsoon season, thus turning the countryside into a big reservoir of freshwater for almost half the year. These huge, inland, sweet water bodies together with the expanse of saline water in the Bay of Bengal provide the basis for a large and diversified fisheries sector. Fisheries have always played an integral role in the lives of the people of Bangladesh. It is more ancient than the profession of agriculture itself.

The fisheries sector of Bangladesh contributes 3.69 percent to the national Gross Domestic Product (GDP) and fish accounts for 60 percent of national animal protein consumption. The sector also plays an important role in rural employment generation and poverty alleviation. Traditionally, low-caste Hindus have been engaged in the fishing profession. The Jaladas (slaves of the sea) belong to the Hindu fisherfolk community which is made up of caste-bound people. In most cases, they live in segregated paras which are localities within a village. The high-caste Hindu and the Muslim aristocracy and gentry carefully avoid any social mingling with them. Traditional fishing communities, which mainly comprise Hindus, are being put under pressure by incoming Muslims who have taken up fishing as their profession. The newcomers are either self-employed or find employment as labourers. The majority of Muslims opt for fishing due to population pressure, economic constraints in agricultural sector, and adverse effects of climate change.

Many elite rich men entered the fisheries sector in the 1960s. The then aristocratic Bengali word motshojibi had been introduced instead of the word jele. What is noteworthy is that the word jele is not included in fisheries act, rules, ordinance, and policy though motshojibi and mach chashi are included in such documents. According to the National Fisheries Policy 1998, about 1.2 million people were engaged in full-time work in the fisheries sector and 12 million people were engaged in part-time work. It is important to include the word jele in policy documents in order to know their number and their contribution to the national economy. It would also help us to understand their socio-economic conditions and undertake different initiatives for improving the lives and livelihoods of fishing communities. However, there is no updated information on fishermen based on para, source of fishing, religion, socio-economic conditions and position. But we do get the number of fishermen from different studies, surveys and project reports. But these things are not always consistent or continuous. According to the Coastal District Information 2005 under Integrated Coastal Zone Management Plan, the majority of traditional fishermen are Hindus in 19 coastal districts.

The majority of Jaladas families are in financial debt and receive short- and long-term loans from relatives, neighbours, and businessmen. Their incomes usually increase during Hilsa fishing season. The scope for savings for this community is limited. Due to their dire situation, they spend mostly on food rather than clothes and other things. It is during the off-season that they face financial crises which occur round the year. The majority of Jaladas don’t own boats but nets. Some don’t own either; they work in others’ boats or hire boats for fishing. Many adolescent boys accompany their fathers during fishing. A few of them receive primary education but fail to continue. Fishermen don’t get loan facilities from financial institutions due to a lack of mortgage-free loan provisions in government banks. The average size of many fishermen families is 5 to 7 which is higher than the national average. The rate of early marriage within this community is higher due to abject poverty and social insecurity. And youth delinquency is also a major problem.

Jaladas don’t own lands. They mainly live on khas (government-owned) land, embankments, and accreted char land in huts. Due to the depletion of fish, piracy, and lack of capital, these people remain stuck in the vicious cycle of poverty. They do not even have pure drinking water as they live in over-populated areas.

Even though they have been in the fisheries sector for generations, they do not have a voice when it comes to policies and laws. Furthermore, they are not well-informed about clauses of the fisheries law although they are punished under this law.

Jaladas believe that it is not easy for them to switch to other professions. This is a socio-psychological barrier. Some even consider themselves to be “sinners” as they earn a living by catching innocent fish. They identify themselves as “slaves of the sea” without hesitation. They also believe they are destined to carry this curse their whole life.

The Jaladas community has distinct socio-economic, political, cultural, technological and informational characteristics. Water, nets, boats, rivers and the sea are central to their lives and livelihood. They are socially neglected, economically insolvent, politically pressured, culturally ill-treated, technologically backward, not up-to-date with information, and geographically isolated and vulnerable. The government of Bangladesh should address these issues pertinent to the Jaladas community in relevant sectoral policies so that these people can live with dignity and their rights protected.