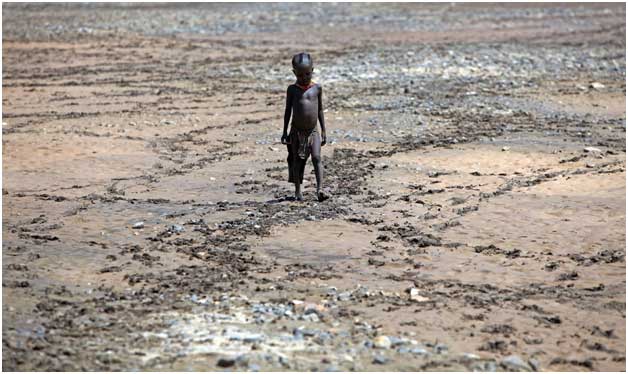 UNITED NATIONS, Mar 19 2019 (IPS) - The United Nations has vowed to eradicate extreme hunger and malnutrition on a self-imposed deadline of 2030.

But it is facing a harsh realty where human-induced climate change – including flash floods, droughts, heatwaves, typhoons and landslides– is increasingly threatening agriculture, which also provides livelihoods for over 40 per cent of the global population.

In an interview with IPS, Dr. Hans R. Herren, President of the Washington-based Millennium Institute, said while agriculture remains the single largest employer on a global scale, it is even more so “when we talk about the entire food system– from production to consumption.”

It is worth to note, he pointed out, that the people employed along the food value chain, are the least well paid, with farmers, and many in the food preparation industry, among the least paid and poorest members of society. 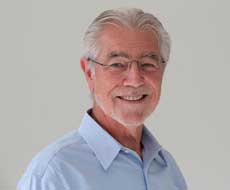 “How is this possible, given that without food, there is no life?”, he asked.

“We do have a structural problem in agriculture, with a number of blockages (see report of the International Panel of Experts on Sustainable Food System (IPES) titled “From Uniformity to Diversity “ 2016) which hamper the transformation in the food system and would allow for more equity as well a better food quality, accessibility, in all regions of the world.”

This is important given that climate change is a major challenge to agricultural production, in all parts of the world, with increasing impact in already food-challenged areas in many sub-tropical and tropical areas of the world, said Dr Herren, who is also President and Founder of the Biovision Foundation for Ecological Development.

The United Nations admits that significant changes are needed in the global food and agriculture system if we are to nourish the hungry.

“In our world of plenty”, says UN Secretary-General Antonio Guterres, “one person in 9 does not have enough to eat while about 820 million people still suffer from hunger”.

But how close, or how far away, are we from this goal?

The opportunities that these new technologies will create for climate action are immense, she said, pointing out that they do come with potential risks.

“5G is projected to use twice as much energy as we consume for today’s digital networks. This is concerning for a world that needs to lower emissions – not grow them.”

But governments must ask digital and internet companies to power their new infrastructure and data centers with clean energy and cool the centers with waste water, she said.

The new technology reality will require us to plan ahead – and invest differently, she added.

Asked if the UN’s much-publicized Sustainable Development Goals (SDGs), which calls for the eradication of extreme hunger and malnutrition by 2030, is realistic, Dr Herren said: ““Yes, Goal number 2 is achievable within the 2030 time period given for the SDGs.” 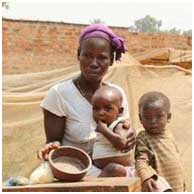 “However, (it will) not, if one continues to invest in short term projects, that may boost production in the short term, but jeopardies it in the medium and long term, by destroying soils, loosing biodiversity and ruining farmers with dependencies on external inputs and government subsidies.”

He said there is enough food to nourish the world population by 2050, projected at some 9.0 billion people.

“Today we do produce already enough for such a population, and the problem is less the quantity than the access. We overproduce and waste lots of food in the developed world, while in the countries in transition, farmers are being neglected,” said Dr Herren,

He said it has been easier for their governments to import subsidized, cheap food from overseas rather than help the local farmers produce the needed food.

“I have 30 years of experience in Africa, and know that farmers there can produce sufficient affordable and quality food for all. This with some R&D (research & development) support, market access and also more investments in infrastructure along the food value chain”.

With these investments, he noted, one would also create quality jobs, raise income levels and support economic, social development.

With the right agricultural practices, such as agroecology– not the green revolution approach that is still promoted by the Gates Foundation, USAID, the World Bank and other development agencies– one would promote the change needed to make agriculture the engine of growth, the solution, not the problem when it comes to climate change, and support good health and prosperity for the people in countries in transition.

“We are not too far off, but still need a dramatic and urgent transformation toward agroecology if we want to have solutions that are truly sustainable and in line with achieving the sustainable development goals (SDG),” said Dr Herren.

He said the UN’s “ Agriculture at a Crossroads” Report, which he co-chaired, suggested a transformation of the conventional and industrial agriculture model towards agroecology, organic, permaculture and other forms of sustainable agriculture, but the blockages mentioned in the IPES report have been standing in the transformation’s way.

IPS: The 2018 annual report of the State of Food Security and Nutrition identifies climate change as a key force behind the ongoing rise in global hunger. How much of damage could be inflicted by extreme weather conditions on food and agriculture in the foreseeable future?

Dr HERREN: Climate Change (CC) is the most important threat to food production, and must both be mitigated and adapted to. Agriculture can be a key element in mitigation, by sequestering carbon underground, but this is only possible with organic/agroecology based agriculture.

These forms of agriculture bring resilience into the system, because they are diverse, deal with the soil and in harmony with the local environment. They do not use external inputs based on fossil energy, and so are CC neutral in the worst case, and CC positive at their best, when practiced with all the science that has been developed already to support them.

To ignore CC and the impact on agricultural production, by continuing the promotion of the green revolution model, with synthetic fertilizers, pesticides and GMOs is criminal, this knowing that alternatives exist and are feasible at all.

IPS: Has there been enough investments in infrastructure and technology to improve agricultural productivity – particularly in the developing world, and more so in Africa? If not, why is this lacking?

Dr HERREN: No, there is a lack of R&D investments by governments, same story in the, so called, developed world actually. We need to reinvent the agriculture and food system research and extension infrastructure, which remains mostly stuck in the green revolution paradigm, of solving all problems with chemicals and plant breeding, GMOs today.

Agriculture is very dependent on local ecological factors, so research has also to be done close and with the farmers, a change in the way one does R&D. It is the role of government mostly, with some support from the private sector to assure that good science and without patents is made available to the farmers…not the other way around as is the case now, where development agencies and major foundations are dictating what is good for the farmers.

IPS: In the foreseeable future, there are predictions that food in itself may be treated as a medicine— healthy eating patterns like the Mediterranean diet focusing on nuts, fruits, olive oil and vegetables—to fight diseases such as obesity and diabetes. Is this feasible in a distant future?

Dr HERREN: What is needed is a healthy production system, which produces healthy food, residue free and rich in nutrients. This food can only come from organic and agroecologically produced food. Most of the food produced via green revolution methods, that include all the synthetic fertilizers and pesticides for crops, feed and fibers, growth hormones and antibiotic in animal production are unhealthy, lead to cancer and chronic diseases that are burdening already bankrupt governments around the world, with health care costs totally out of control.

Therefore, and also because on the health of the planet, a change in the food system is urgently needed. The change can be done, we can produce enough quality food everywhere on the planet to satisfy everyone’s needs (but not greed, as Mahatma Gandhi so rightfully said).