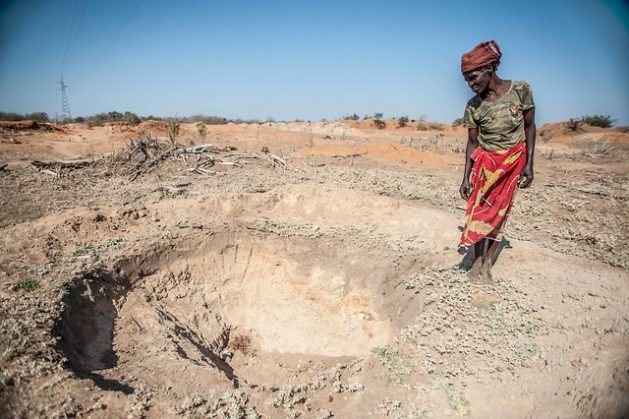 In recent weeks, climate scientists have monitored a freak heatwave in the Canadian Arctic, droughts around Harare and Chennai and forest fires across southern France that have sent holidaymakers fleeing from their burning campgrounds.

Against this eerie backdrop, one of the world’s top relief agencies has warned that heatwaves are only becoming more frequent on our warming planet, and that we have to up our game to deal with their life-threatening consequences.

“Heatwaves are one of the deadliest natural hazards facing humanity, and the threat they pose will only become more serious and more widespread as the climate crisis continues,” said Francesco Rocca, President of the International Federation of Red Cross and Red Crescent Societies (IFRC).

“However, the good news is that heatwaves are also predictable and preventable. The actions that authorities can take to save lives and significantly reduce suffering are simple and affordable.”

On Tuesday, Jul. 16, the IFRC released a 96-page guidebook designed to help city mayors prepare for heatwaves, which explains that they have to prepare better, stay alert for coming hot spells and work harder to save lives.

Some five billion people live in regions where extreme heat can be predicted days or weeks in advance, says the report. This gives officials and conscientious CEOs enough time to reduce the harm from an impending hot spell.

Officials should let people know how bad a heatwave will be, prepare medical staff to respond, set up “cooling centres” for folks who do not have air conditioners, and hand out plenty of bottles of water, researchers said.

Researchers offered plenty of architectural ideas, calling for more trees and landscaping to shade buildings from sunlight, gardens on rooftops and coats of reflective paint that bounce away the sun’s warming rays.

Getting rid of cars and more people using public transit, walking and cycling would also “significantly reduce” emissions of heat, pollution and the greenhouse gases behind climate change, says the report.

In particular, officials should focus on the people who are most likely to experience dehydration, heatstroke and other health worries — the elderly, youngsters, pregnant women and folks who live alone.

“Heatwaves are silent killers because they take the lives of people who are already vulnerable,” said Rocca, an Italian career humanitarian. “It’s vital that everyone knows how to prepare for them and limit their impact.”

According to the report, 17 of the 18 hottest years in the record books have occurred since 2001. In this period, heatwaves have caused more harm than just sweaty commutes on cramped buses and subway cars.

Several major heatwaves have killed tens of thousands of people worldwide so far this century, including a 2015 hot spell in India that killed around 2,500 people, and the 2003 European heatwave that caused some 70,000 deaths.

The extreme temperatures seen across western Europe last month were in part a result of climate change, the report says, citing evidence that the hot spell was made at least five times more likely by global warming.

The IFRC released its report on the sidelines of a high-level political forum at United Nations headquarters in New York, which is focused on climate action and other parts of the world body’s so-called Sustainable Development Goals.

Earlier this month, the U.N.’s envoy on disaster risk reduction, Mami Mizutori, warned that small-scale climate-related disasters were happening “at the rate of one a week”, though most attract little attention.

Mizutori told The Guardian newspaper that “lower-impact events” causing death and displacement were happening more frequently than predicted and urged policymakers to “talk more about adaptation and resilience”.