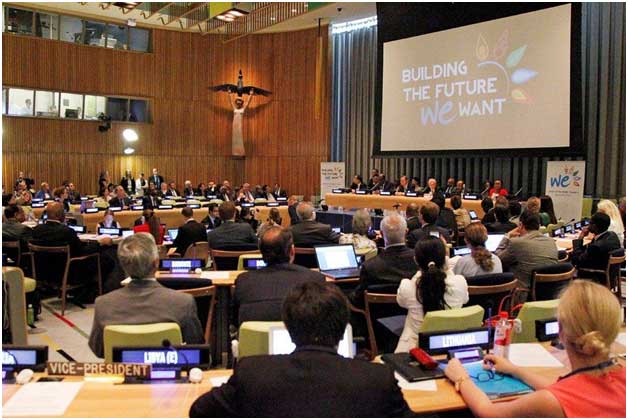 Released on the first day of the SDG High-Level Political Forum (HLPF), the report evaluates progress made towards the 2030 target. Despite achievements in a number of areas, including poverty reduction and global health, the world needs “deeper, faster and more ambitious response” to meet the goal, said UN Secretary-General António Guterres.

“We are moving too slowly in our efforts to end human suffering and create opportunity for all,” Guterres said. “We must diligently ensure that policy choices leave no one behind, and that national efforts are supported by effective international cooperation.”

The report identifies climate change and inequality as two of the most urgent issues. Climate-induced disaster disproportionately affects low-income countries and worsen poverty, hunger and disease for the world’s poorest and most vulnerable.

Climate Change and the Environment

Although more financial resources have been directed to reducing greenhouse gas emissions and developing risk-reduction strategies, the world is not on track to meet the target of curbing global warming to 1.5°C above pre-industrial levels.

Mitigating the effects of climate change still requires “unprecedented changes” in all aspects of society, according to the report.

The 1.5°C target was set to reduce the possibility of extreme weather events such as droughts, heavy precipitation and tropical cyclones that can cause human suffering, according to the UN’s Intergovernmental Panel on Climate Change (IPCC).

Liu Zhenmin, the UN Under-Secretary-General for Economic and Social Affairs echoed Guterres’ message by calling climate change “the main obstacle to our shared prosperity” at the press conference where he introduced the report.

“If we do not cut record-high greenhouse gas emissions now,” Liu said. “the compound effects will be catastrophic and irreversible… render[ing] many parts of the world uninhabitable, put[ting] food production at risk, leading to widespread food shortages and hunger, and potentially displac[ing] up to 140 million people by 2050.”

However, even if the terms of the Paris Agreement are implemented, global temperature is likely to rise above 1.5°C above pre-industrial levels, according to Dr. Virginia Burkett, Chief Scientist for Land Resources at United States Geological Survey (USGS) and Acting Chair of US Global Change Research Program.

“With significant reductions in emissions, the increase in annual average global temperature could possibly be limited to 2°C,” Dr. Burkett told IPS. “But this would require a rapid transition towards the decarbonization of the global economy and new technologies for removing carbon dioxide from the atmosphere.”

Although the UN’s climate research coordination effort has been effective, Dr. Burkett said lack of internationally coordinated policy solution is likely to affect the pace of progress.

Imminent policy response is also needed to preserve and improve the environment, including key resources such as water.

Inadequate water, sanitation and hygiene have been a “major contributors” to illness and health, causing diseases such as diarrhea. Efforts to improve life on land and below water “must accelerate” to meet the 2030 agenda, according to the report. 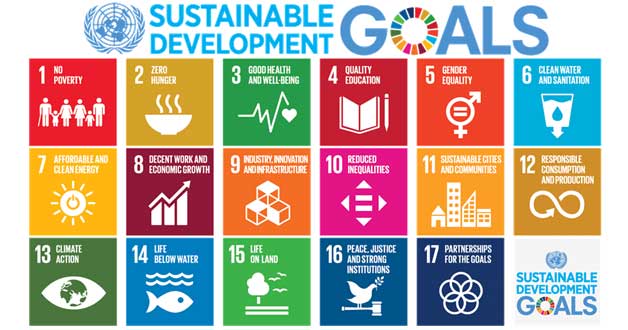 The report painted a grim picture towards achieving greater wealth and gender equality.

According to the International Labor Organization (ILO), nearly half of the world’s workers – close to 1.6 billion people – make only $200 a month, and the bottom 10 percent would need to work 28 years to earn the same as the top 10 percent.

This gap is even greater for managerial occupations due to “rigid social norms and cultural expectations about women’s role in society,” the report said.

“Women and girls around the world continue to experience violence and cruel practices that strip them of their dignity and erode their well-being,” the report noted. “Women and girls perform a disproportionate share of unpaid domestic work [and] continue to face barriers with respect to their sexual and reproductive health and rights.”

Sexual violence is especially common in Sub-Saharan Africa and Central and Southern Asia.

Despite extended progress in the past decade, hunger is again on the rise largely due to adverse weather conditions and armed conflicts in Sub-Saharan Africa, reflecting a “worrisome” trend.

Malnutrition, another effect of inadequate food supply, is still a prevalent condition affecting 49 million children under 5 years of age despite notably decrease since 2000.

“Intensified efforts are needed to implement and scale up interventions to improve access to safe, nutritious and sufficient food for all,” the report said.

The UN introduced the Multidimensional Poverty Index to indicate poverty not only in income but also poor housing, health and quality of work. By this standard, a startling 1.3 billion people – nearly one fifth of the world’s population – remain multidimensionally poor.

“One out of five children live in extreme poverty, and the negative effects of poverty and deprivation in the early years have ramifications that can last a lifetime,” the report said.

However, substantial progress has been made in improving the health of millions across the world, developing cures to fight against previously deadly and infectious diseases and combating maternal and child mortality rates.

In Sub-Saharan Africa, where malaria and tuberculosis continue to plague human health and financial hardship deny access to immunization and routine interventions, global health is still a subject of urgent concern.