Will Palestinian Refugees Pay a Heavy Price for UNRWA Bungling? 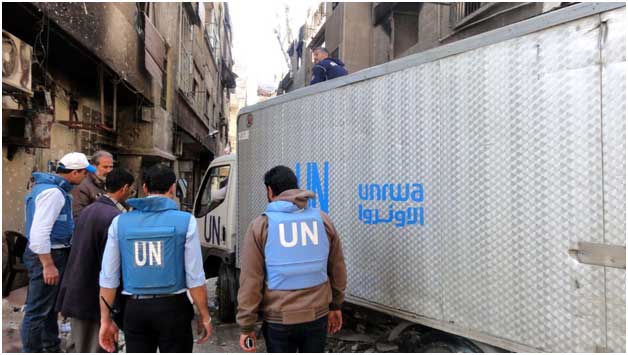 UNITED NATIONS, Aug 8 2019 (IPS) - A crisis that has threatened to undermine the future of the UN Relief and Works Agency (UNRWA) is expected to have a devastating impact—not only on the credibility of the United Nations– but also on the lives of over five million Palestinian refugees whose very survival depends on the humanitarian services provided by the beleaguered UN agency based in Amman and Gaza.

Mouin Rabbani, Senior Fellow at the Institute for Palestine Studies, told IPS: “This crisis must be resolved on an accelerated schedule in accordance with proper organisational procedures, both for its own sake, and to ensure that Palestinian refugees are not forced to pay the price of what is indisputably a political campaign led by the US and Israel to eliminate Palestinian refugees and their rights from the international agenda.”

Rabbani said one needs to look at this crisis from both an organisational and political perspective.

Viewed from an organisational perspective, he said, UNRWA Commissioner-General Pierre Krahenbuhl stands formally accused of illegitimately concentrating decision-making authority in the hands of a small circle of hand-picked associates, and using these powers to engage in extremely serious abuses of authority.

Significantly, Rabbani pointed out, these accusations have emanated from within UNRWA, and also from the Ethics Office, which claims to have “credible and corroborated” evidence, presented in a detailed report forwarded to the Office of the UN Secretary General, and has been deemed sufficiently credible to result in a formal investigation by the UN Office of Internal Oversight Services (OIOS).

While investigations are continuing, Switzerland, Belgium and the Netherlands, have suspended their contributions to UNRWA. And back in January 2018, the Trump administration decided, primarily for political reasons, to withhold $65m out of a $125m aid package earmarked for UNRWA triggering a financial crisis.

A former senior UN official, speaking on condition of anonymity, expressed alarm that some member states had rushed to suspend their vitally needed contributions to UNRWA, which would punish innocent Palestinians, tens of thousands of whose children would be tipped into further deprivation.

“To take such a drastic step on the basis of media coverage of a confidential internal report not available to member states and which they know is still being investigated by OIOS, is far too harsh, especially at a time when even the separation of a single immigrant child from his parents is rightly considered unacceptable,” he declared. 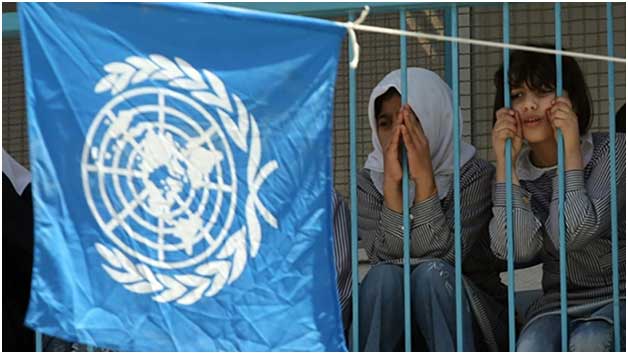 He told IPS he was concerned about the demonization of UNRWA’s senior officials on the basis only of this confidential Ethics Office report’s media accounts, which are necessarily selective but could also be erroneous, misleading or downright malicious, especially on a charged issue like Palestine and Israel.

He said the Ethics Office is a key UN unit designed to check abuses, and its reports are taken seriously.

But it does not have the mandate or the resources to conduct definitive investigations, so it gathers and presents information and evidence to OIOS for determination, he argued.

However, he emphasized that even if OIOS found serious lapses by top managers, Palestinian refugees should not be made to suffer.

He said UNRWA was struck a near-catastrophic blow when President Trump terminated the US’s $360m annual contribution. But an intense, ongoing UNRWA campaign had by last month raised over $110m from other countries.

“If UNRWA were riddled with serious dysfunction at the top, I cannot imagine that member states would be totally unaware and would have been so exceptionally supportive,” he declared.

According to UNRWA, the UN agency is funded almost entirely by voluntary contributions. The only exception is a very limited subsidy from the regular budget of the United Nations, which is used exclusively for administrative costs.

“The work of UNRWA could not be carried out without sustained contributions from state and regional governments, the European Union and other government partners, which represented 93.28 per cent of all contributions in 2018.”

In 2018, said UNRWA, 50 per cent of the Agency’s total pledges of $ 1.27 billion came from EU member states, who contributed $643 million, including through the European Commission.

The EU (including the European Commission), Germany and Saudi Arabia were the largest individual donors, contributing a cumulative 40 per cent of the Agency’s overall funding. The United Kingdom and Sweden were also among the top five donors.

Rabbani told IPS the proper thing for Krahenbuhl to do is to immediately resign if he knows these accusations to be substantiated, or, in view of the severity of the accusations, which cannot be dismissed as frivolous complaints by a hostile external party, to immediately step aside pending the conclusion of the OIOS investigation if he believes he is being falsely accused.

Should he refuse to do so, as seems to be the case, Secretary-General (SG) Guterres should exercise his responsibility and place Krahenbuhl on administrative leave with immediate effect until the matter is resolved.

“This is what would one would expect to transpire, and in fact often does, in both the public and private sectors. The removal of several of Krahenbuhl’s subordinates and appointment of an acting Deputy Director for UNRWA is an insufficient response that arguably serves only to deepen the crisis and increase the damage to both UNRWA and the UN,” he noted.

It additionally does the UN no favours, Rabbani said, that the ethics report and accusations against Krahenbuhl were communicated to the SG’s office in late 2018, and no significant action was undertaken until the report was leaked to the press over the summer.

This point is underscored by the decision of several key UNRWA funders (Belgium, The Netherlands, and Switzerland) to suspend contributions to the agency and the prospect of similar measures by other states.

From a political perspective, he said, it is vital to note that this crisis has erupted at a critical time for UNRWA. UNRWA’s very existence is under attack by the Trump administration, which hopes to leverage its campaign against the agency to liquidate the Palestine refugee question altogether.

Additionally, UNRWA’s mandate is up for renewal later this year. Many people will and in fact are raising questions about the confluence between the timing of these leaks and the intensification of the US campaign against the agency and Palestinian refugees.

The political context makes decisive action by the UN all the more urgent. CG Krahenbuhl’s mandate, which he has held since 2014, is to serve the needs of the Palestinian refugees, who are the most vulnerable sector of the embattled Palestinian people, Rabbani noted.

“This crisis, and his response to its eruption, is the ultimate test of his commitment to this mandate, and if he fails it UN senior leadership should intervene decisively and without further delay in the interests of both the UN, UNRWA, and the Palestinian refugees it serves”.

Without prejudice to the severity of the accusations being discussed, it is important to note that a) These accusations have been levelled against individuals within UNRWA rather than the agency itself; b) The UNRWA ethics report itself notes that the decision by the US to terminate contributions to UNRWA and campaign to seek the agency’s elimination, and the resultant crisis at the agency, forms the context in which these abuses of authority transpired; c) The abuses of authority and other misconduct detailed in the report are hardly unique to UNRWA, and similar and arguable more serious abuses have been documented at other UN agencies over the years; d) the accusations primarily concern expatriate senior officials (Krahenbuhl is Swiss and his former deputy an American) rather than Palestinian staff – the sole Palestinian staff member implicated has already been dismissed, Rabbani declared.