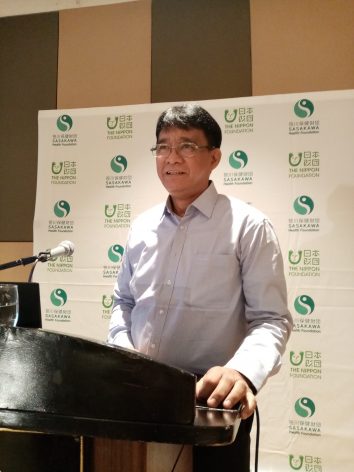 Participants at the first Global Forum of People’s Organisations on Hansen’s Disease which began on Sept. 7 in Manila, Philippines, play a game to build better connectivity among themselves. Credit: Stella Paul/IPS

MANILA, Sep 7 2019 (IPS) - Organisations of people affected by Hansen’s Disease or leprosy agree that a global network of volunteer groups is key to eradicating the disease, but concrete steps need to be taken to move the idea from an often-discussed concept to a reality.

“I don’t think anyone here is not convinced about the importance of a network,” Dr. Arturo Cunanan Medical Director of Culion Sanitarium and General Hospital told attendees following a workshop on volunteers and networking at the Global Forum of People’s Organisations on Hansen’s Disease in Manila on Sept. 7. “But we need to put our foot forward.”

“This forum exists because the network already exists,” Sousa said, speaking through an interpreter. “The idea exists, the network is created, the work needs to continue to solidify and formalise it.”

Sousa conducted the workshop at the forum organised by Japan’s Sasakawa Health Foundation (SHF) and The Nippon Foundation to share some of MORHAN’s success in organising volunteers and networks in Brazil, encouraging the participating groups from Asia, Africa, and South America to consider ways in which they could contribute to an effective global network. 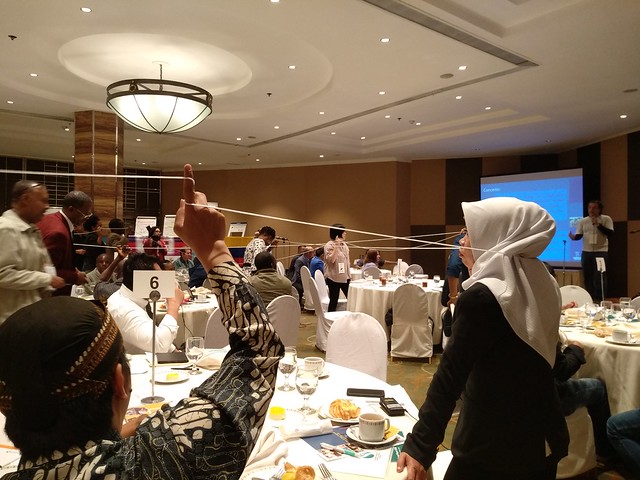 Participants at the first Global Forum of People’s Organizations on Hansen’s Disease which began on Sept. 7 in Manila, Philippines, play a game to build better connectivity among themselves. Credit: Stella Paul/IPS

Making the most of volunteers

As Sousa described it, the development of a network is in a sense development of a volunteer organisation writ large. MORHAN, which was formed after the fall of Brazil’s dictatorship in 1981, is itself a network of local volunteer groups. Keeping these human resources organised and making the best use of individual talents and intentions is a significant focus area for MORHAN.

“Attracting the people (volunteers) is easy,” Sousa told the forum attendees. “Maintaining the people is very difficult.” Where MORHAN has been successful in this is by encouraging its volunteers to decide how they can contribute. “The people must be free to create,” Sousa said.

Morhan community outreach volunteer Glaucia Maricato, who was doing double duty at the forum as an English interpreter for her Portuguese-speaking colleagues, is a good example of how MORHAN uses volunteers to the best advantage for the individual and the organisation.

Maricato, an anthropologist, explained that she first was introduced to MORHAN in 2010, after the group made an agreement with a group of geneticists to reunite children who had been separated from their families due to leprosy – with either the children or the parents isolated in a sanitarium. “The idea was to use DNA testing to prove who the children’s parents were,” Maricato explained. “I was interested in the project so I got in touch with MORHAN, and then started doing fieldwork,” as the project was related to Maricato’s doctoral studies.

To Maricato, the volunteer work has far more significance than simply applying a person’s skills to a task. “MORHAN was born with democracy in Brazil [in 1981],” Maricato said. “And that spirit really carries on its work, in the DNA testing project and overall. It’s the sense of building equality, removing barriers between people.”

From local organisation to network

Organising volunteers into effective networks can greatly facilitate management of organisations and the services they provide, the chairperson of the Philippines’ Coalition of Leprosy Advocates of the Philippines (CLAP) Francisco Onde agreed.

“Our country is an archipelago, so traveling from one place to another to deal with situations is sometimes difficult,” Onde told the forum participants.

“For example, we had an issue between one of our groups and the administration of the Tala Sanitarium [located north of Manila], but we’re located in Cebu [in the central Philippines]. But through our network and our Luzon coordinator, we were able to get an attorney to assist our colleagues to resolve the problem.”

Scaling up that sort of effective communication and action to a global level is the aspiration of the people’s organisations gathered at the forum, with representatives from the various groups urging their colleagues to join the effort by applying the tools to organising volunteers discussed in the workshop. Kofi Nyarko, president of International Association for Integration, Dignity, and Economic Advancement (IDEA) Ghana stressed that the key to effective action was for people’s organisations “to first help themselves.”

Evidently encouraged by Cunanan’s call to not let the idea of a global network “be a talking network just within this four-cornered room,” representatives of the people’s organisations in attendance held an impromptu meeting led by Sousa and Cunanan following the workshop that ended the forum’s first day to discuss formalising efforts to create the global network, the initial details of which Cunanan told attendees he hoped would be available for presentation “at the next meeting”.