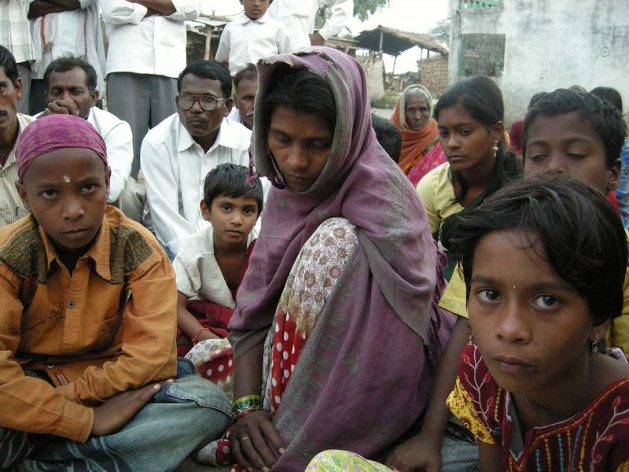 Parliamentarians from India and Japan are already discussing how to implement plants on sexual and reproductive health and rights soon after the recent Nairobi Summit on International Conference on Population Development (ICPD25). Credit : Jaideep Hardikar/IPS

MBABANE , Jan 10 2020 (IPS) - Parliamentarians from India and Japan have hit the ground running by acting soon after the recent Nairobi Summit on International Conference on Population Development (ICPD25).

It is for that reason that members of the Indian Association of Parliamentarians on Population and Development (IAPPD) met in Delhi, India, on Dec. 5 to present their suggestions in implementing the ICPD programme of action. Some of the MPs were participants at ICPD25 and they got an opportunity to share with their colleagues what they learnt at the summit which was attended by over 8,000 delegates.

The MPs proposed key areas of attention to help address Sexual and Reproductive Health and Rights (SRHR) issues in India. These include access to 100 percent universal education, economic empowerment of women and the sensitisation of policymakers.

While there was a suggestion that the government should introduce legislation and policies to control the growth of the population, some MPs were of the view that these never work.

“The thrust of the state is to reduce poverty to control the population,” they argued.

India sits among countries with the highest population, which was a major concern to the legislators.

The Indian MPs further proposed that housewives should be paid for their work of looking after their families further suggesting that a Bill should be piloted to ensure that they are compensated.

Similarly, the Japan Parliamentarians Federation for Population (JPFP) met on Dec. 4 in the capital, Tokyo, follow up on the renewed effort to deliver on the ICPD agenda.

Teruhiko Mashiko, vice-chair of JPFP, who also participated at the Nairobi Summit, said extreme low fertility could also be an obstacle against sustainable development. He, therefore, recommended the adoption of “a new vision for both preventing unwanted pregnancies and supporting couples to meet their desire to have children”.

Another ICPD25 participant, Hitoshi Kikawada, suggested that population development cannot be separated from economic development adding that social conditions that give women the right to choose would result in an appropriate population level in each country.

The parliamentarians also held a similar discussion with members of the public who were briefed about ICPD25 and got an opportunity to share their views.

The Asian Population and Development Association (APDA) in partnership with the UNFPA Tokyo office and Japan Organisation for International Cooperation for Family Planning (JOICFP) facilitated the discussions.

Responding to questions from IPS, Dr Osamu Kusumoto, Executive Director/Secretary General of APDA, said MPs with a good understanding of the importance and impact of population issues can institute legal systems and mobilise the national budget to implement policies and programmes.

Kusumoto added that the APDA’s programmes offer parliamentarians from different Asian countries a platform to exchange experiences, good practices and strengthen their commitment to implement the ICPD Programme of Action (PoA). Kusumoto observed that Vietnam reduced its fertility rate by 40 percent over 10 years through enacting laws in accordance with the ICPD (PoA) following the participation of the Vietnamese Association of Parliamentarians on Population and Development (VAPPD) in APDA programmes.

UNFPA Director of Communication and Strategic Partnerships, Arthur Erken, concurs with Kusumoto adding that MPs can craft and pass laws that support the rights of women and girls and ensure the funding for programmes that can make sexual and reproductive health a reality for all.

“Parliamentarians also play a vital role in advocating for sexual and reproductive health and rights,” he said.

He also commended the involvement of the general public in the discussions because, he said, citizens can put pressure on their elected officials to live up to the promise made in Cairo, in 1994.

“They can also express their reviews at their ballot boxes,” he said.

Parliamentarians in other countries such as Eswatini are also in the process of hosting discussions. According to Mduduzi Dlamini, who is the chairperson of the Ministry of Health Portfolio Committee, he is yet to share his experiences with his colleagues in the House of Assembly in an effort of advocating for more effort on the ICPD agenda.

“My participation at ICPD25 opened my eyes and I’m now in a position to share with my colleagues why it is important to ensure the rights of sex workers and the LGBTQI community which are still sensitive matters in the country,” said Dlamini.

He noted that some citizens of Eswatini are opposed to the recently-enacted Sexual Offences and Domestic Violence Act, 2018, simply because they are not educated on SRHR.

“That’s why as MPs we have to play an active role in ensuring that the electorate is well-informed,” he said.