U.S. Might Pull Troops from West Africa, but Who Will it Affect? 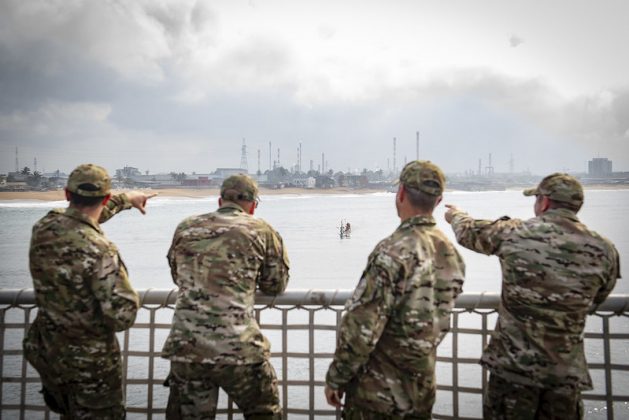 UNITED NATIONS, Jan 13 2020 (IPS) - While the United States is busy with foreign operations such as killing Qasem Soleimani, a key figure in Middle East Politics, behind the scenes it is reportedly considering a change that experts worry might be of grave concern: a potential withdrawal of troops from West Africa.

A December report in the New York Times claimed the Pentagon was planning to reduce its military activities in West Africa or even pulling out entirely, which some say would make a significant change in U.S. foreign policies.

According to the Times report, this is part of a general overhaul in defence spending where the focus would be redirected to other concerns such as China and Russia.

But there are nuances to be considered, says John Campbell, an Africa fellow with the Council on Foreign Relations in Washington, DC who has served in Nigeria as political counsellor in the past. ons.

“We have to be fairly nuanced about this,” Campbell told IPS. “The size of U.S. forces in Africa is extremely small; it’s only about 7,000 people and only half of them are in Djibouti; the orientation is towards the Indian Ocean and Persian Gulf.”

Campbell further cited a defence review from a year ago, and added that it “essentially said there would be a shift in the emphasis from countering terrorism that would require a redeployment of U.S. forces”.

The troops, Campbell told IPS, have primarily been involved in training local militaries.

If they are pulled out, there are general concerns about what it will mean for the local fights against terrorism and, according to the Times report, might even risk create a larger pool of refugees to Europe, the Times report claims.

On the heels of this deliberation, Mohamed Ibn Chambas, United Nations Special Representative and Head of the U.N. Office for West Africa and the Sahel (UNOWAS), reminded the Security Council on Jan. 8 about the rising concerns of terrorism in the region.

“The geographic focus of terrorist attacks has shifted eastwards from Mali to Burkina Faso and is increasingly threatening West African coastal States,” he said, adding that it was also increasing the number of displaced peoples.

According to the Times report, Defence Secretary Mark T. Esper, who is at the heart of this decision to pull out, has said that it’s question of whether or not they’re being “efficient as possible with our forces”.

Meanwhile, other analyses question not only the efficiency of the forces but whether or not the presence of the force may have added further to the crises.

An analysis by TRT World drew a direct increase of “terror-related incidents” that coincided with the presence of U.S. military in the region — they reportedly went up from 41 to 2,498 in less than two years.

There were also countless abuses and human rights atrocities conducted by the U.S. military personnel themselves or by local military backed by the U.S.

Meanwhile, it’s a relationship that locals don’t approve of either. In 2018, thousands protested in Ghana against their country’s military deal with the U.S. The U.S. has had a difficult time establishing trust in the region, the Reuters report claimed, and more so after President Donald Trump referred to the region as “shithole countries”.

But Campbell says the U.S. pulling out their military forces from the region would not create any significant difference.