Abdul Mohammed is a humanitarian worker for Oxfam Yemen 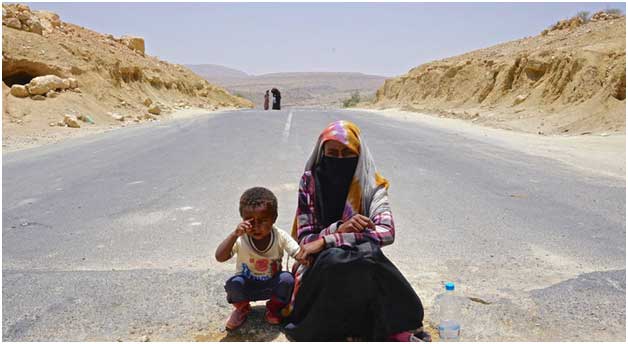 SANA’A, Yemen, Mar 26 2020 (IPS) - In every room in Yemen’s Al-Saba’een hospital, patients in critical condition waited on chairs, and still others laid on the bare ground. I saw women and girls sharing beds in pairs, and children laying close together being treated.

This is Sana’a, Yemen’s best-supplied and capital city, on what has become an ordinary day. Coronavirus hasn’t arrived in Yemen yet.

As I watch the destruction that the novel coronavirus is wreaking on wealthy and peaceful countries with developed health systems, I fear for Yemen. If cholera, diphtheria, and malnutrition can overwhelm our war-stricken health system, I can only imagine the devastation that this fast-spreading, uncurable virus could unleash.

The impact of COVID-19 would mirror the impact of the war to date: no one would be safe, but the most vulnerable would bear a disproportionate share of the burden. 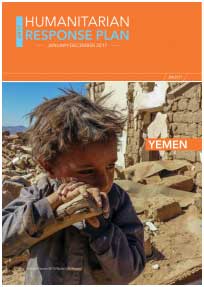 The world is now getting a glimpse of the reality we have faced in Yemen for the past five years since war here escalated: life-threatening illness, deepening economic pressure, fewer and worse options for parents and caregivers, and a dizzyingly constant change in routine.

Millions now live in overcrowded shelters, without safe water, proper nutrition or proper health care. The basic steps others are taking to curtail the spread of COVID-19 are virtually impossible here. Should it take hold, the results would be unthinkable.

Public health crises don’t just threaten the well-being of the afflicted; their impacts ripple widely across families and societies. I think about Ahmed, a young man from Ibb, who lost his father to cholera, and then was suddenly thrust into the role of sole provider and caregiver for his entire family.

“I am not ready for this,” he shared in desperation. Feeling ill-equipped but required to take on extraordinary responsibilities – and with little time for grief or sentiment – is one that most Yemenis can identify with.

As we mark five years since a US-backed, Saudi-led coalition intervened and escalated the war in our country, we find ourselves defenseless against even basic maladies like diphtheria and cholera. These stone-age pathogens are held at bay in most societies by taking basic public health measures, drinking safe water, and eating nutritious food.

But parties to this on-going fighting since 2015 – have damaged or destroyed more than half of Yemen’s hospitals and other health facilities through bombing and shelling. The fighting has destroyed water and sanitation infrastructure in an already water-poor country, leaving more than two-thirds of the country with only unsafe water to drink.

As a result, Yemen now has the unenviable distinction of having experienced the world’s worst diphtheria outbreak in 30 years and the largest cholera outbreak ever recorded.

Even when it comes to critical patients who can be saved, this protracting war shown no mercy. Tens of thousands of Yemenis with life-threatening but manageable conditions have sought medical treatment abroad.

But the Saudi-led coalition, which has controlled Yemeni airspace on behalf of Yemen’s recognized government, has shut down commercial air traffic in and out of Sana’a. Only this year did the government and coalition consent to allow a long-promised medical air bridge to Cairo. 24 patients have been transported thus far. Tens of thousands have died waiting. 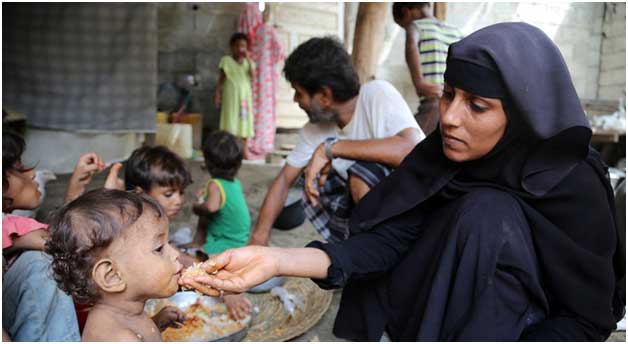 Millions of Yemenis have already been forced from their homes, some of them multiple times to escape violence or pursue scarce opportunities for work. But even basic sanitation and health care in camps for displaced people are often unavailable.

Even with a massive aid response, as the conflict continues, we are fighting a rising tide. It goes without saying that in these cramped quarters, where social distancing is a fanciful notion and suppressed immunity the norm, a single infection would lead to countless deaths. The coronavirus epidemic would write new stories of suffering in Yemen’s already long tale of woe.

The conflict in Yemen must end before it claims any more lives. Yemen’s military and political leaders have shown too often these past five years that they are not willing to make even small compromises for the sake of their country and its people.

And the international community, so far, has failed to muster the resolve to demand the ceasefire and political settlement that can bring the life-saving peace that Yemen’s people demand.

With coronavirus knocking on Yemen’s door, we need humanitarian aid to restore our health systems, tackle the diseases currently ravaging our people, and prevent a new catastrophe. We cannot afford to wait for the next crisis to hits.