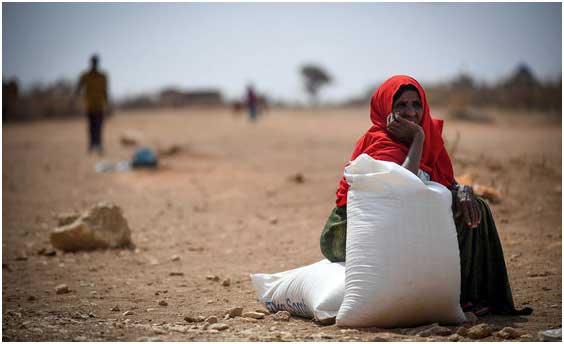 UNITED NATIONS, Apr 23 2020 (IPS) - The UN’s 17 Sustainable Development Goals (SDGs), described as an integral part of its highly-ambitious development agenda, may be in deep trouble.

Aimed at addressing some of the global challenges the world faces– including extreme poverty and hunger, inequalities in incomes and gender, climate change and environmental degradation– the SDGs now seem threatened by a world economy facing a brutal recession.

With a 2030 deadline,the SDGs are in near disarray, as the coronavirus pandemic has decimated the economies of both rich and poor countries—even as warning signs reflect a possibly massive rise in poverty and hunger worldwide.

The slump in the global economy has triggered a recession in several donor nations, including Japan, the US, UK, France, Germany and China, among others.

In its most recent report released April 14, the International Monetary Fund (IMF) warned that the world is facing its worst downturn since the Great Depression of the 1930s, and the global economy would contract by 3.0 percent in 2020.

This was a significant reversal from early this year when the IMF predicted the world economy would outpace 2019 and grow by 3.3 percent in 2020.

Ambassador Mona Juul of Norway, President of the UN’s Economic and Social Council (ECOSOC), told delegates April 23 that COVID-19 shows “it is more important than ever to focus on the implementation of the SDGs.” Therefore, issues such as resource mobilization, illicit finance, debt and women’s empowerment must be priorities,” she said.

Still, at the United Nations, several lingering questions remain: What are the new obstacles facing the implementation of SDGs? Will they survive an uncertain future?

Will donor nations help rescue the development agenda? Andwill the General Assembly be forced to push back the 2030 deadline?

Tariq Ahmad, Oxfam America’s Senior Policy & Research Advisor told IPS: “We are seeing COVID-19 wreak havoc on the global economy, which is felt acutely in the homes and communities of the most vulnerable among us”.

The economy downturn, he said, paints a dismal picture of what resources will be available to finance the SDGs. This crisis could push half a billion more people into poverty unless urgent and drastic action is taken.

A recent Oxfam brief has called for an Economic Rescue Plan For All, suggesting how the world could help finance UN’s estimated needs while the UN Conference on Trade and Development (UNCTAD) has called on governments to mobilize at least $2.5 trillion dollars to support developing economics in order to tackle the pandemic and prevent a global economic collapse.

And a new study by the UN University’s World Institute for Development Economics Research (UNU-WIDER) predicts that the COVID-19 pandemic could increase global poverty by as much as half a billion people, or 8% of the total human population. This would be the first time that poverty has increased globally in thirty years, since 1990.

In its annual Global Report on Food Crises, an international alliance of UN, governmental and non-governmental agencies, said, at the end of 2019, 135 million people across 55 countries and territories experienced acute food insecurity.

But the coronavirus pandemic is expected to make the situation worse and negatively impact on hunger and food insecurity, specifically in the developing world.

Jens Martens, executive director of Global Policy Forum, (a civil society think tank based in New York and Bonn), told IPS the COVID-19 pandemic not only has serious consequences for the health situation in many countries of the world but it will also have a massive impact on the implementation of almost all SDGs.

The situation, he pointed out, is even more serious because the macroeconomic situation in many countries of the global South had already deteriorated before the outbreak of the virus.

A vicious circle of debt and austerity policies have threatened socio-economic development from Argentina to Lebanon, he warned.

“The food situation had also deteriorated in many countries, even before COVID-19, for example, due to the locust plague in East Africa”.

“COVID-19 is thus also a global wake-up call for international cooperation and solidarity”, he declared. 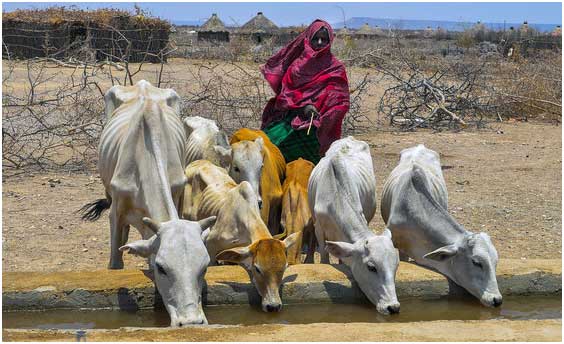 In a report released April 20, the World Food Programme (WFP) said the COVID-19 pandemic could almost double the number of people suffering acute hunger, pushing it to more than a quarter of a billion by the end of 2020.

The number of people facing acute food insecurity stands to rise to 265 million in 2020, up by 130 million from the 135 million in 2019, as a result of the economic impact of COVID-19, according to a WFP projection.

Ahmad said one of the ways to free up vital resources to tackle the issues of hunger and poverty would be to cancel the debt of developing nations.

For example, Oxfam also jointly warned of the risk in West Africa, of 50 million people threatened by hunger and malnutrition in the coming months.

Meanwhile, Ghana is spending 11 times more on servicing its debts than it is on health. The costs of the debt burden are paid by the poorest people, in cuts to government services, while women are the hardest hit.

Aid is a critical ingredient to help finance the response. Of the estimated 2.5 trillion USD need, the UN estimates a need of 500 billion in new official development assistance (ODA).

In a soon to be released report, Oxfam estimated almost 300 billion of this should be provided by traditional northern donors. And there are still some fundamental flaws in the current system that prevent aid from supporting local responders on the front line of care.

“This crisis is the time for bold and visionary choices for our collective future. It’s time for donors to profoundly transform their aid to build a world that is free from poverty, that is more equal, feminist and sustainable. COVID-19 could set back the fight against poverty by decades – we must now act and build a better future,” he declared.

Asked if the 193-member UN General Assembly should postpone the 2030 deadline to achieved SDG targets, Martens said postponing the deadline for achieving the SDGs because of COVID-19 would send out completely the wrong signal.

On the contrary, he said, the coronavirus crisis shows how important these multilateral goals are, and how fatal it was that governments have not taken their implementation seriously enough since 2015.

Key SDG targets like the development of social protection systems, universal health care and a functioning public infrastructure must be given top priority. Only in this way can the current crisis be overcome and future crises prevented. This also requires effective policies of global solidarity, said Martens.

“What we need now is a Solidarity Summit under the auspices of the United Nations to deal with the social and economic consequences of the COVID-19 pandemic in an integrated manner”, he declared.

Asked about the postponement, Ahmad said “pushing back the SDG deadline won’t help pull anyone who is facing poverty or hunger – instead we need to see sweeping action across the globe to help offset some of this crisis’ worst impacts on the world’s most vulnerable”.

The challenge here is not time, it’s political will, he noted.

“This is an unprecedented daunting global challenge, but we must meet it both with urgent action that saves lives now and interventions that create a more fair system going forward, like the cancellation of debt for developing nations, and other support to help families stay healthy and safe until they are able to earn a living again.”

Even before COVID-19, he said, “we were dangerously behind on meeting many of the SDGs, but if this moment has taught us anything, it’s that we are able to make massive shifts in how we all live and cooperate to tackle a joint challenge – we must see the same approach taken to meet the Sustainable Development Goals.”