Racism at the UN: Practice What You Preach 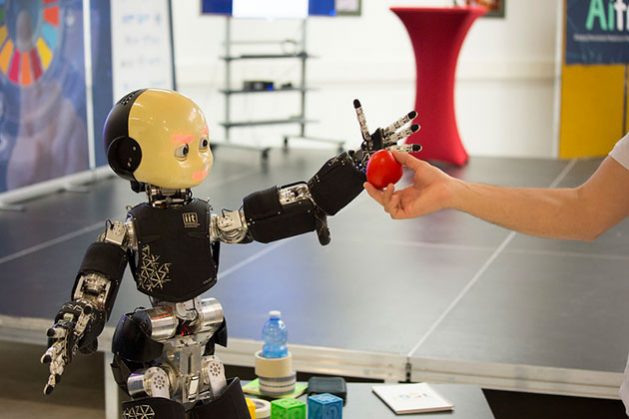 An independent UN human rights expert is calling for greater scrutiny of emerging digital technologies which she said are being used to uphold racial inequality, discrimination and intolerance. So, why skip scrutiny of the United Nations?. Credit: ITU/D. Procofieff

UNITED NATIONS, Aug 31 2020 (IPS) - When two recent staff surveys, one in Geneva and the other in New York, revealed widespread racism at the United Nations, it triggered the obvious question: why shouldn’t the UN Human Rights Council (HRC) probe these charges?

Currently, the UN has a veritable army of over 80 independent experts, described as “Special Rapporteurs” appointed by the HRC and mandated to undertake “fact-finding missions” to investigate human rights abuses worldwide.

“The UN leadership should practice what it preaches and work to end racism across the UN system,” he said.

He pointed out that UN Secretary-General Antonio Guterres has spoken out against racism in the U.S. and around the world.

“He should continue to work on ensuring that the UN itself is a solution to — not part of– the problem.”

As for the idea of a new special rapporteur, Charbonneau argued, there’s a special rapporteur on contemporary forms of racism– and looking at racism in the UN system is certainly something that could fall within that mandate.

“If member states feel a new position would be useful to investigate racism in international organizations and come up with recommendations to deal with the problem, we would certainly not object. Anything that helps combat racism is a good thing,” he declared.

Citing his personal experiences in overseas peacekeeping operations, Roderic Grigson, a former Peace Keeping Officer and a twelve-year veteran of the UN, told IPS: “When I arrived in Ismailia, which was where the UN Emergency Force (UNEF II HQ) was located, the UN compound was a mixture of both civilian and military staff. The international civilians, like me who came from overseas, were treated very differently to the local Egyptian staff in many ways”.

Somar Wijayadasa who worked in multiple UN agencies, including the Food and Agriculture Organization (FAO) and the International Atomic Energy Agency (IAEA), told IPS the UN is awakening to the issue of “racism” after 75 long years.

Racial discrimination (so discreet & subtle) was always there – especially in UN’s Human Resources Departments, headed mostly by white folks, who were also heads of departments and organizations.

This was on top of the rampant nepotism where unqualified and incompetent relatives of world politicians of all colors were appointed to professional P-level positions.

“That is worse than racial discrimination,” said Wijayadasa who also served with the UN Educational, Scientific and Cultural Organization (UNESCO) and was Representative of UNAIDS from 1995 to 2000.

Wijayadasa also said: “it’s high time the UN Human Rights Council appointed a Special Rapporteur to investigate charges of racism at the UN, and more importantly, for the UN to provide iron-clad protection to whistle blowers who complain about racial discrimination in their offices– and not be punished for speaking out. ”

Asked about the UN’s role in probing racial discrimination, Grigson said: “Yes, I think the UN should investigate these charges, but I also think that the UN is just a microcosm of what takes place in individual countries around the world.”

He said racism begins at home, and by calling out those who indulge in it, however famous or well-connected they might be, is the place to start.

The history of racist ideas can be traced back to those European societies that wanted to rule the world and used slaves to grow their wealth and influence, he noted.

“Slavery was only abolished in the world between 150-200 years ago which means that we are only three or four generations away from the time when people were used as chattels.”

“We saw that happen in Ceylon, and here in Australia, where I live. But what I don’t want to see is an international organization like the UN, which does so much good around the world, become elitist and superior as they have already become to some extent, in the execution of their mandate,” he declared.

Meanwhile, in a message to UN staff on August 27, the Office of Human Resources and the Office of the UN Ombudsman and Mediation Service, said a “United Nations Survey on Racism” was sent on August 19 to all staff members, as part of the Organization’s campaign of dialogue and action to eradicate racism and promote dignity within the United Nations.

“The survey has been taken offline following a number of legitimate concerns raised by staff on some of the content of the survey and we regret any pain and distress it has caused. We fully understand their frustration and acknowledge the need to further approach the issue of race and ethnic identity with greater sensitivity and awareness.”

In its original survey, the UN asked staffers to identify themselves either as “black, brown, white, mixed/multi-racial, and any other”. But the most offensive of the categories listed in the survey was “yellow” – a longstanding Western racist description of Asians, including Japanese, Chinese and Koreans.

The new message said: “Taking into account the genuine concerns expressed by staff, we are reviewing the content of the survey and will communicate when the survey will be relaunched.”

“We take this opportunity to thank staff for their frank feedback as part of a deep and open discussion on the issue of racism and racial discrimination in the United Nations.”

Responding to a question, UN Spokesperson Stephane Dujarric told reporters August 27: “Racism is something that needs to be addressed in every society, whether in the United States, whether… in any country, anywhere around the world, it is an issue, and within organizations, including our own.”

What is important, he said, “is that racism be fully investigated and that people need to also be able to express themselves peacefully, and whether that is through collective action, as we’ve seen through sports figures, or other ways, that is their right.”

People have a right to express themselves when they feel strongly about injustice, he declared.

But we’re seeing the issue of racism come up again and again in many, many countries, and this is something that… needs to be an open and frank dialogue on addressing, not only the issue of racism but all the inequalities and injustices that flow from that everywhere, Dujarric declared.