BERLIN and KUALA LUMPUR, Oct 6 2020 (IPS) - Industrial policy – or the promotion of particular investments, technologies, industries, regions and enterprises – has been practiced by a variety of governments to try to accelerate economic growth and transformation.

The ascendance of the Washington Consensus, inspired by the neoliberal counter-revolution in economics, focused on alleged national macroeconomic mismanagement in developing countries and later, transition economies. This was typically blamed on ‘soft budget constraints’ (SBCs) in socialist states and enterprises, macroeconomic populism and industrial policy. 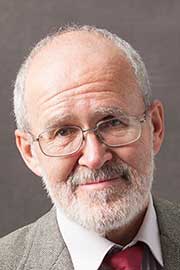 Blaming industrial policy
Enterprise-level SBCs have also been wrongly blamed on industrial policy to promote certain economic activities, usually manufacturing with more advanced technologies. In practice, most industrial policy was quite selective, i.e., involving support of some industries, regions and enterprises at the expense of others.

But contrary to many economists’ presumptions, in most economies, including many centrally planned ‘socialist’ ones, few enterprises were exempted from budgetary discipline. SBCs were therefore the very rare exception, not the rule, to promote desired new economic activities.

Enterprise-level SBCs did not “permeate all organizations” in socialist countries, as often claimed and assumed, but were instead quite selective, i.e., subsidies were provided to some enterprises, industries or regions, typically at the expense of others.

All centrally planned economies had both explicit and implicit subsidies. In most Eastern European and Soviet countries during 1989-1992, on the eve of transition, direct subsidies in the government budget amounted to 10-15% of national income.

In addition to direct subsidies for public utilities, housing and food, there were implicit price subsidies, particularly for users of fuel, energy and raw materials. Besides explicit subsidies from government budgets, rents from unsustainable, non-renewable resource extraction were shared with industries and consumers via lower prices.

Such import-substituting industrialization (ISI) typically created industries which rarely became internationally competitive and viable. There have been all too many examples of failed ISI requiring ongoing subsidization of ‘infant industries’ incapable of ever becoming internationally uncompetitive.

These industries were exposed as unviable and unsustainable with trade liberalization and the end of Soviet era trade arrangements in the 1990s. Soviet industrialization from the 1930s had survived before that due to its insulated economic environment, with the ratio of Soviet exports to GDP not rising until fuel sales abroad rose with higher prices from the 1970s.

Perestroika reforms, initiated by reformist Soviet leader Gorbachev after the mid-1980s, failed to accelerate needed enterprise reforms or economic growth, but instead led to the ‘transformational recession’ of the 1990s, greatly exacerbated by the reforms during Boris Yeltsin’s first presidential term.

Many other enterprises – mainly in heavy industries, and often relying on Soviet technology, advice and aid – in other ‘socialist’ economies and developing countries subject to Soviet influence, experienced similar fates.

Thus, nations which tried to challenge Western hegemony met similar fates despite trying to make a virtue of ‘self-reliance’ compelled by the need to cope with Western-led trade and investment sanctions.

Successful industrial policy
Most countries trying to industrialize or to accelerate industrialization started with ISI, with effective protection enabling new enterprises to produce for domestic markets by keeping out imported foreign substitutes with prohibitively high tariffs and non-tariff trade barriers.

But many IS enterprises continued to survive, even profit from such supposedly temporary tariff protection and other government support, never becoming internationally competitive as promised by the ISI strategy.

Without more effective means for disciplining enterprises to accelerate development, export-orientation – promoted by government policy, incentives and other support – has contributed to successful catch-up growth. East Asian economies subsidized competitive export-oriented industries which accelerated economic growth and transformation, some more successfully than others.

In China, for instance, exports compared to GDP increased from 5% in 1978 to 35% in 2006, before declining to 20% in 2018, while its GDP grew at an average of 10% annually, with its population rising slower than in most other developing countries due its ‘one child’ policy.

Appropriate industrial policy needed
Budget constraints in socialist economies were generally stronger than in developing countries and no less strict than in developed countries on average. SBCs in socialist economies were never pervasive, as widely believed, but selective, i.e., subsidizing some enterprises or industries at the expense of others.

Such selective support, while typical of industrial policy, may or may not successfully promote internationally competitive enterprises, but certainly provides no empirical support for the claim of pervasive SBCs in ‘socialist’ economies.

With state-owned enterprises, strict fiscal and enterprise-level discipline, including budget constraints, have led to restructuring, and more rarely, closures. But even when budget constraints have been less than strict, they have not been pervasive, as fiscally disciplined ‘socialist’ economies could not afford otherwise.

National-level macroeconomic mismanagement in developing countries and transition economies has all too often by ideologically defined by neoliberal economics. In so far as macroeconomic challenges are real and demand pragmatic policy attention, they should not be defined by distracting neoliberal chimera of alleged SBCs variously blamed on socialism, populism and industrial policy.

Unfortunately, the mythology surrounding SBCs has been used to throw the industrial policy baby out with the bathwater of ISI cul de sacs. Much more appropriate, yet pragmatic industrial policy is needed for developing countries and transition economies to ‘catch up’, as achieved by some East Asian and other economies.