Simone Galimberti* is Co-Founder of ENGAGE, Inclusive Change Through Volunteering, a not- for-profit NGO based in Nepal. A close observer of Canadian affairs, he writes on volunteerism, social inclusion, youth development and regional integration as an engine to improve people’s lives. 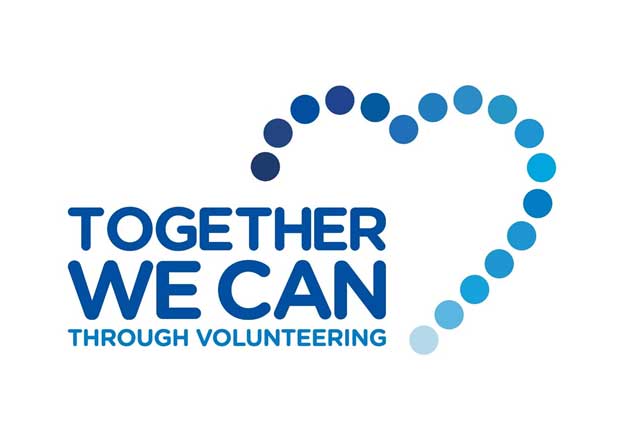 International Volunteers Day (IVD) December 5, is an international observance that was mandated by the UN General Assembly in 1985. The Day is an opportunity to promote volunteerism, encourage governments to support volunteer efforts and recognize volunteer contributions to the achievement of the Sustainable Development Goals (SDGs) at local, national and international levels. Credit: UN Volunteers (UNV)

KATHMANDU, Nepal, Nov 19 2020 (IPS) - The International Volunteer Day will approach soon and the 5th of December will become a day to celebrate the actions of millions of volunteers from all over the world, in the south as well in the north of the world.

Paradoxically but also tragically there has never been a greater time for volunteerism than in the last six months of the pandemic.

In Canada, as elsewhere in the world, volunteers have been on the frontlines, providing essential services from health care in hospitals and nursing homes to support for the most marginalized members of the society, offering an indispensable contribution when the country needed it the most.

As highlighted by the UN Deputy Secretary General Amina J. Mohammed during the Global Technical Meeting on Volunteering, organized in July by the United Nations Volunteers, UNV and International Federation of the Red Cross and Red Crescent Societies, “the efforts of 1 billion volunteers is an important foundation at a pivotal moment for development to enable us to recover from the COVID-19 pandemic”.

Interestingly, like nowhere else volunteerism in Canada has been under the spotlight recently but unfortunately it was all for the wrong reasons.

A scandal involving a now disbanded high profile not-for-profit called “WE” that was very closely connected to the Government of Prime Minister Trudeau hijacked the entire public debate, overlooking the many essential contributions provided by volunteers during the pandemic.

The ongoing controversy centered on an aborted attempt by the Government to set up a national volunteering scheme called the Canada Student Service Grant, CSSG that would have helped students earn some money to navigate throughout the pandemic. 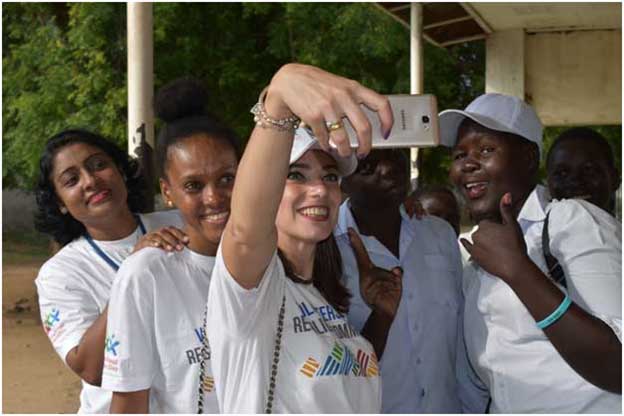 The ongoing inquiry risks not only to overshadow the essential contributions played by volunteers during the pandemic but could also jeopardize the future of the sector for generations to come.

That would be a shame not only for those nearly 13 million Canadians that, as per data of Volunteer Centers, the real backbones of civic engagement and solidarity in the country, have been contributing their time and energies every single year but also because of the economic contributions the sector provides to the national economy.

According to a paper prepared by Robin Wisener for Volunteer Canada, “the economic value of volunteering contribution are at around $14 billion dollars, equivalent to 1.4% of Canada’s GDP”.

With the Liberal Government hard pressed on resetting its agenda, it is paramount not to lose the focus on the importance of investing on volunteerism in Canada.

The concept of “building back batter” that has been espoused by the Liberal administration is central in rethinking the role volunteerism plays in the society, not only as a means to help disadvantaged groups but also as a platform to reinvigorate grassroots levels of community engagement,

Volunteerism, if properly promoted and supported could be so instrumental in cementing local civic engagement, breaking down the chain of disenchantment many citizens are experiencing with the system not only in Canada but also elsewhere.

This is the reason why the government should include provisions to leverage on the great work being delivered by the volunteerism sector across the country, helping local communities particularly hit by the pandemic and its economic fallout, to re-start functioning with the vibrancy and the dynamism that only volunteers can unleash.

To start with, the Canada Service Corps that initially Prime Minister Trudeau wanted to entrust with the administration of CSSG program should be greatly expanded and turned into a national flagship program with commensurate resources and adequate levels of accountability and transparency.

Because it is essentially based on partnerships with not-for-profit organizations across Canada, strengthening their work on the ground, the program has the potential to be a truly game changer in the way people perceive volunteerism, helping more citizens from all the age groups, rather than just only youth, to embrace service according to the diverse circumstances locally in place.

Expanding the Canada Service Corps will require broad consultations and this should happen as a part of a broader discussion aimed at re-launching and re-energizing volunteerism in Canada.

Surely any effort to build a stronger volunteering infrastructure across the nation should build on the existing endeavors, especially on the work being tirelessly carried out by the Volunteer Centers.

Indeed, one stronger centrally funded and locally delivered program should not come at the expenses of smaller initiatives that are already on the ground that, if provided with the right financial and technical support could expand their outreach and improve their effectiveness.

Partnering with and investing in Volunteer Canada, the not-for-profit national peak body of the sector, would be crucial not only in order to rebuild trust but also to draw on the invaluable expertise of those delivering volunteering programs since decades.

For example, an expanded Canada Service Corps could also thrive if aligned to a better equipped and much more visible and attractive Pan-Canadian Volunteer Management Platform currently managed by Volunteer Canada in partnership with the Volunteer Centers.

Importantly, as also indicated by the Global Technical Meeting on Volunteering, volunteerism should be promoted also in its more informal and part time forms where the vast majority of volunteers serve across the world without any organizational affiliation.

Therefore, the time is ripe for the Government of Canada to embark on a comprehensive, long term strategy formulation of the sector, an exercise that will engage not only the small and big not for profits but the Provinces and Territories as well as the Municipalities.

Very crucially, the representatives of the First Nations should have voice and resources to design locally suitable service programs that build on their ancient traditions of self-help.

In such strategy, schools and universities should be fully involved because they also have a key responsibility in helping creating the foundations of a more engaged society where volunteering, besides being a propeller for personal and professional development, becomes a habit, a truly Canadian way to foster locally owned development solutions and democracy at the same time.

Inclusion and flexible arrangements to fit a diverse constituency should be an essential feature of any new strategy.

For example, a “National Volunteering Mission” translated on the ground through a mix of interventions funded federally, full time as well as part time, could help many disadvantaged and disenfranchised youth, including many First Nations, to find a new meaning at life while learning new skills applicable to the job market.

Certainly, there is a great need.

A recent report released by UNICEF on the 3rd of September, as reported by The Philanthropist, confirms the urgency for the Federal Government to invest on youth wellbeing especially in view of the high number of suicides and the worrying mental health status experienced by many of them.

Easier and more accessible volunteering opportunities even through intergenerational partnerships with retirees could be one of the ingredients that could be offered to all Canadian youth so that they could be better prepared to deal with their emotions and their personal growth.

As a part of a national conversation on volunteerism, the Federal Government could even think of creating a body mandated to promote volunteerism similar to the Corporation for National and Community Service in the USA that works in partnerships with state levels volunteering commissions.

Options to reinvigorate the volunteering sector in Canada are as endless as are the opportunities provided by the transformative power of volunteering to regenerate interest in community engagement while helping solving local problems.

Moreover, Canadian organizations promoting volunteerism overseas like CECI and WUSC that for years have been successfully running the UNITERRA volunteering program in developing nations with federal money and others like CUSO could also contribute to the debate, bringing the expertise and know-how, sharing what they have learned from their local partners.

While volunteering is certainly not a panacea and should not be seen as a cheap alternative to other indispensable public policies interventions, there is more evidence, globally that it can be an effective tool for, as Secretary General of the United Nations António Guterres said, “making the world more inclusive for people left farthest behind.”

In Canada, the government and the opposition and civil society should unite in a new common cause that can bring Canadians closer towards a better, fairer and more sustainable future, one that puts the Agenda 2030 and the SDGs at the center of policy making.

The upcoming International Volunteer Day that will be celebrated under the banner “Together We Can through Volunteering” should be a day for some big announcement in Ottawa.

*The author can be contacted at: simone_engage@yahoo.com