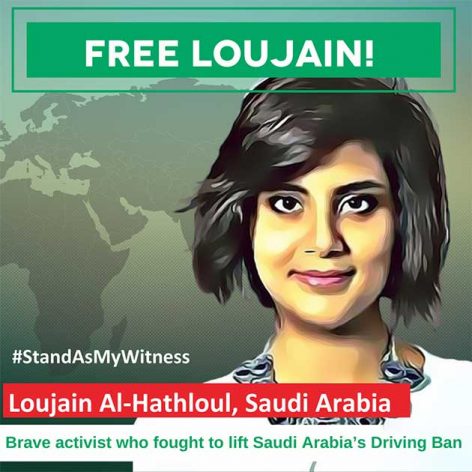 NEW YORK, Jan 19 2021 (IPS) - Two events generated significant interest and global solidarity in the final days of December 2020. A court in Saudi Arabia handed down a five years and eight months sentence to activist Loujain Al-Hathloul for publicly supporting women’s right to drive. Nicholas Opiyo, Ugandan human rights lawyer and defender of persecuted members of the LGBTQI community and political opponents of the president was arbitrarily detained on trumped up charges of ‘money laundering.’ Nicholas Opiyo was granted bail on 30 December following an outpouring of global support for his activism for justice. In handing out the verdict to Loujain Al-Hathloul, the court partly suspended her sentence raising hope that she might be released from prison in a couple of months due to time already served.

As we await the release of Loujain Al-Hathloul and an end to judicial harassment of Nicholas Opiyo it’s notable that their struggles for justice are not unlike those of Sudha Bharadwaj, general secretary and voice of conscience of the People’s Union for Civil Liberties in Chhattisgarh, India or that of Teresita Naul, sixty-three year old committed advocate for health and social services in the Philippines. In Honduras, the Guapinol Water Defenders exposing harmful mining activities should have been receiving a national award. Instead, like Nicaraguan economic justice activist Maria Esperanza Sanchez Garcia and their fellow human rights defenders above, they’re languishing in prison.

It’s an anathema that in the 21st century when humanity claims to have made great progress in cultural and technological spheres that we should still have prisoners of conscience. The right to a fair trial and due process under the law are part of customary international law. Yet, around the world, thousands of rights defenders are wrongfully imprisoned following flawed trials for their peaceful efforts to create just, equal and sustainable societies. It’s no secret that public spirited work that exposes wrongdoing by the powerful or seeks justice for the excluded has become exceedingly dangerous in the past few years. This trend bears out in democracies, dictatorships and in countries with hybrid regimes.

In December last year, the CIVICUS Monitor – a participatory research platform that tracks enabling conditions for the work of human rights defenders globally – released its annual People Power Under Attack report. The findings reveal that 87 percent of the world’s population live in countries with poor civic space conditions. Civic space is the bedrock of open and democratic societies. It’s predicated on the ability of concerned individuals and civil society groups to organise, participate and communicate without hindrance to actively shape the social, political and economic structures around them. 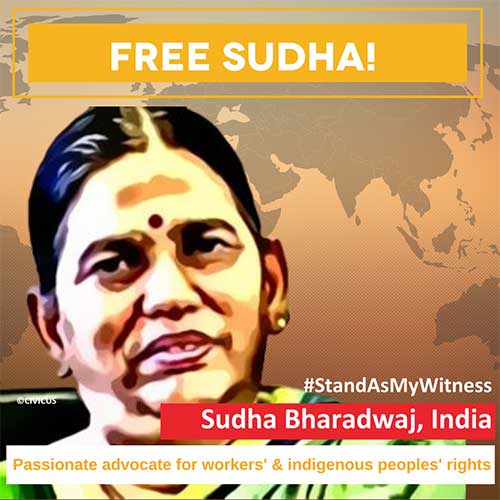 Struggles for justice and rights hinge on the free exercise of civic freedoms of association, peaceful assembly, and expression recognised by international law and are included in the bill of rights of almost every country. Nonetheless, over a quarter of people live in countries that have completely ‘closed’ civic space where conditions are so terrible that those who express dissent and defend rights are routinely imprisoned, injured or killed. The list of such countries is long and forbidding, stretching from China to Cuba.

One might expect a momentous event like a pandemic which has caused huge amounts of suffering to open the doors for more compassionate governance. But the COVID-19 pandemic seems to have accelerated negative civic space trends. Our research shows that several governments have ramped up censorship and surveillance of human rights defenders to suppress criticism when they should have been prioritising access to information and making space for open and constructive dialogue with civil society.

In too many places, activists fighting for things as basic as equality before the law or women’s rights over their bodies or free and fair elections are being arbitrary imprisoned and subjected to the full force of the law and more for peaceful acts of civil disobedience. In the past few years, people’s mobilisations against leaders with authoritarian tendencies in places as diverse as Belarus and Uganda have been met with unusual cruelty.

Yet, people power managed to force a constitutional referendum in 2020 to make Chile an economically fairer place, and made futile a president’s attempt to unconstitutionally hold on to power in Malawi. In the United States, a historical reckoning with racist law enforcement through the Black Lives Matter protests helped bring out the vote in record numbers and defeat a delinquent president in the elections. In the final days of 2020, Argentina passed legislation to legalise abortion following years of determined activism by advocates for women’s sexual and reproductive rights.

Presently, a huge peaceful mobilisation is taking place by farmers and their supporters on the outskirts of India’s capital, Delhi against hurriedly drawn up legislation that supports big business interests and was pushed through parliament without adequate consultation and debate. Illustratively, the country’s present government which has shown scant respect for democratic norms is already trying to paint the protestors as ‘misguided’ or acting at the behest of outside forces.

In the end people power needs public support to counter vilification and criminalisation of rights defenders. The cost of repression is enormous for both the persecuted individuals and their loved ones. It took 27 years of people’s mobilisations and international pressure to secure Nelson Mandela’s release from apartheid prisons. It doesn’t have to be the same for Buzurgmeher Yoruv, a Tajik human rights lawyer who’s presently serving a 22 year sentence for defending members of the political opposition in his country.

Global solidarity did help secure the release of intrepid rights defender and advocate for the democratic rights of the Bahraini people, Nabeel Rajab in June last year. Just before Christmas, the IWACU4 Burundian journalists who were imprisoned merely for their investigative reporting on security matters following a flawed trial were granted a pardon. Nevertheless, the struggle for the release of other prisoners of conscience continues.

Even if the cascading impact of civic space restrictions seems heavy today, history shows us that another way is possible through the manifestation of people power. It’s vital not to forget the sacrifices of those who fight for our rights and are persecuted for their pursuit of justice. Let’s hope 2021 will be a better year for them. We all have a responsibility to act in the spirit of global solidarity to remove this collective blot on our humanity.