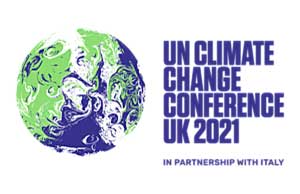 NEW DELHI, India, Mar 16 2021 (IPS) - Climate change is one of the most pressing issues that the world is collectively facing at the moment. It is contended that strengthening the global response is pertinent to combat the threat of climate change.

With this aim, the Conference of Parties* meets every year to assess progress and review documents by countries on their plans to combat climate change.

COP and the Paris Agreement

The Conference of Parties (COP) is the core decision making body of the UNFCCC. The Parties are the States that have ratified the Convention. Their task is to review its implementation by reviewing the various documents and emission inventories submitted by Parties.

From the first COP meeting held in Berlin, Germany in March, 1995 there have been 25 meetings so far. The 26th COP meeting, 2020 was scheduled to be held in Glasgow, United Kingdom, but had to be postponed due to the COVID-19 pandemic, and is now scheduled for November 1-12, 2021.

The COP meetings have resulted in several important decisions and agreements. For instance, COP 3 was one of the most important meetings held in Kyoto, Japan that led to the adoption of the Kyoto Protocol. It called upon the developed countries to reduce their GHGs and established legally binding obligations under international law. Similarly, the Paris Agreement was adopted by 196 countries at COP 21 in Paris in 2015.

It is a legally binding international treaty on climate change that aims to limit global average temperature to well below 2, preferably to 1.5 degree Celsius, compared to pre-industrial levels. However, the implementation of this agreement requires comprehensive economic and social transformation. It works on a 5-year cycle of goals and actions carried out by countries.

In 2020, countries were supposed to submit their plans for climate action – known as Nationally Determined Contributions or NDCs, which was postponed to 2021 in the COP 26 due to the pandemic. The NDCs are the goals and actions that the countries communicate as their plan to undertake to reduce their GHG emissions to reach the goals of the Paris Agreement.

Means of implementation of India’s NDCs

The Paris Agreement provides a framework for financial, technical and capacity building to the countries that require it. Climate finance is particularly important as it is needed for mitigation and adaptation efforts by the countries.

As such, the agreement reaffirms the need for developed countries to offer financial assistance to those needing it for reducing their GHG emissions and also in their pursuit of climate-resilient development. India’s climate actions have mostly been funded by domestic resources.

However, to achieve the goals set forth, the substantial scaling of the climate action plans should be complemented by financial resources and assistance from developed countries. There would also be additional investments required for strengthening resilience and disaster management.

The Paris Agreement also discusses technological development and transfer for achieving the goals of the Agreement. India has advocated for global collaboration in Research & Development (R&D), with regards to climate change adaptation and mitigation, particularly in clean technologies. It has also advocated for enabling their transfer, and free Intellectual Property Rights (IPR) costs to developing countries.

The Agreement emphasizes upon climate-related capacity building for developing countries and exhorts the developed countries to extend their support for the same. In this area, India aims for a manifold scaling up of the country’s renewable energy targets and India’s climate change goals which are linked to the implementation of policies such as the programme on Smart Cities, Swachh Bharat Mission (Clean India Mission) and the cleaning of rivers.

What are India’s NDCs?

India ratified the Paris Agreement a year after the submission of its Intended National Determined Contribution (INDC). Its NDCs for the period 2021 to 2030 are as follows –

● To put forward and further propagate a healthy and sustainable way of living based on traditions and values of conservation and moderation.
● To adopt a climate-friendly and a cleaner path than the one followed hitherto by others at a corresponding level of economic development.
● To reduce the emissions intensity of GDP by 33%–35% by 2030 below 2005 levels.
● To achieve about 40 percent cumulative electric power installed capacity from non-fossil fuel-based energy resources by 2030 with the help of the transfer of technology and low-cost international finance including from Green Climate Fund (GCF).
● To create an additional (cumulative) carbon sink of 2.5–3 billion tonnes of carbon dioxide (CO2) equivalent through additional forest and tree cover by 2030.
● To better adapt to climate change by enhancing investments in development programmes in sectors vulnerable to climate change, particularly agriculture, water resources, Himalayan region, coastal regions, health and disaster management.
● To mobilize domestic and new and additional funds from developed countries to
implement the above mitigation and adaptation actions to bridge the resource gap.
● To build capacities, create a domestic framework and international architecture for quick diffusion of cutting-edge climate technology in India and for collaborative research and development for such future technologies.

To achieve the above goals, India has begun to tread on the objectives of promoting a variety of renewable energies, such as by the introduction of newer, more efficient and cleaner technologies in thermal power generation, reduction in emissions from industries, transportation sector, buildings and appliances, waste etc.

The implementation of the Green India Mission remains a priority. This Mission is a comprehensive program towards sustainable environmental development through which the country can protect, restore and enhance forest cover and other afforestation programmes, along with planning and implementation of actions and schemes to enhance climate resilience and reduce vulnerability to climate change.

The Union Budget was presented by the Finance Minister Nirmala Sitharaman on February 1, 2021. Some of the key proposals to enhance India’s comprehensive environment protection efforts include: Hydrogen Energy Mission in 2021-22 for generating hydrogen from green power sources; Capital infusion of ₹1,000 crore to the Solar Energy Corporation of India; ₹1,500 crore to the Indian Renewable Energy Development Agency; Centre’s clean air programme with a fund of ₹2,217 crore for air pollution control in 42 cities with a million plus population; Voluntary vehicle scrapping policy to phase out old and unfit vehicles; Swachh Bharat Mission 2.0: Allocation of ₹141,678 crore over a period of five years from 2021-2026; Allocation of₹4,000 for Deep Ocean Mission for five years; Launch of Jal Jeevan Mission (Urban), with an outlay of ₹ 2,87,000 crores to be implemented over 5 years for universal water supply in all 4,378 Urban Local Bodies with 2.86 crores household tap connections, as well as liquid waste management in 500 AMRUT cities..

Even though India’s GHG emissions have more than doubled between 1990 to 2015, when India entered its liberalisation period, it still remains less than other G20 nations. Among the G20 nations, India has one of the most ambitious targets set for reductions in GHGs.

Experts believe that India has remained on track to achieve its NDC by 2030, which will be catalysed with the adoption of its National Electricity Plan, which aims to achieve 47% capacity from non-fossil sources by 2027.

Any complacency cannot be afforded. A decrease in the budget allocation for the Ministry of Environment, Forests and Climate Change from ₹3100 in 2020-21 to ₹2869 is not an encouraging signal.

This is especially true for the renewable energy sector where India needs to stepping up its planning and implementation as we move towards the attaining the Agenda 2030. Since the energy sector contributes massively to the production of GHGs, tackling this area could contribute to fulfilling its NDCs.

India needs a consolidated mitigation plan which should include reducing fossil fuel subsidies, phasing out coal, better coordination between the central and state governments and raising self-sufficiency by domestic manufacturing in the renewable sector.

With regards to the NDC about creating an additional carbon sink, not much is being done in the afforestation/reforestation sector. There is a lack of data pertaining to the Green India Mission and reports show that the Mission has been consistently missing its targets due to a lack of funding at the centre and state level.

There needs to be a dedicated ministry or committee responsible for afforestation, which should be funded adequately and take the recommendations of an expert panel on mapping and planning. The Clean Air Program for air pollution control in 42 cities with a million plus population and the Hydrogen Energy Mission has the potential to reduce India’s carbon footprint are important steps in the right direction.

India is well on its track to achieve its 2030 climate targets. However, it needs to do more in the mitigation and adaptation sector by creating a holistic mitigation plan. The COVID-19 pandemic and extreme environmental events such as Cyclones Fani and Amphan and droughts in several parts of the country highlight significant setbacks in terms of achieving the yearly targets and the overall goals by 2030.

Even though the COVID-19 pandemic induced lockdown temporarily brought down emissions to some extent wherein we witnessed the nature in its pristine form, it will continue to rise unless a green COVID-19 recovery strategy plan is created and followed.