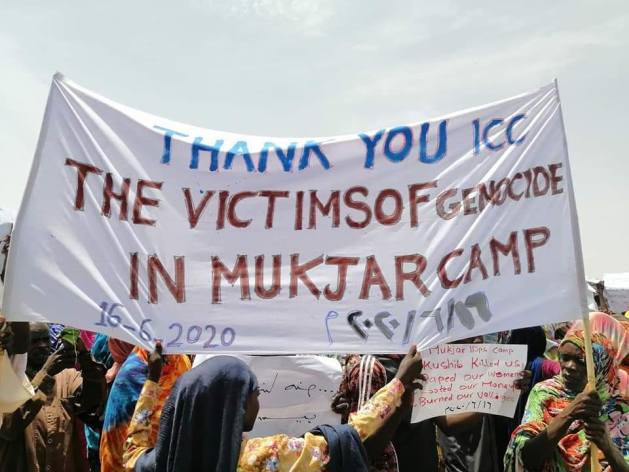 NEW YORK, Mar 12 2021 (IPS) - Sudanese authorities concluded a Memorandum of Understanding with the International Criminal Court (ICC) in February in its investigation of Ali Kushayb. This much needed step is expected to allow ICC investigators access to Sudan ahead of ICC judges’ deliberations in May to assess whether there is sufficient evidence to send his case to trial.

Kushayb, a leader of the “Janjaweed” militia who also held commanding positions in Sudan’s auxiliary Popular Defense Forces and Central Reserve Police, faces ICC charges on more than 50 counts of war crimes and crimes against humanity committed in Darfur. He voluntarily surrendered to the court last June.

Sudan’s transitional government has promised to cooperate with the ICC, and welcomed the ICC prosecutor to Sudan for the first time in October. This is in marked contrast to the previous government of Omar al-Bashir – who is also sought by the ICC, for alleged genocide, war crimes, and crimes against humanity committed in Darfur – which actively blocked the ICC’s efforts.

But the transitional government can and should take its cooperation further by surrendering the four remaining ICC fugitives, three of whom, including al-Bashir, are already in Sudanese custody.

The transitional government can and should take its cooperation further by surrendering the four remaining ICC fugitives, three of whom, including al-Bashir, are already in Sudanese custody

It is important to note that there is no legal basis for the Sudanese authorities to hold on to the ICC fugitives, and they are in fact under an international obligation to surrender them. The UN Security Council resolution that referred the situation in Darfur to the ICC in 2005 expressly requires Sudan to cooperate with the ICC. It was adopted under Chapter VII of the UN Charter, meaning it carries with it the council’s enforcement authority.

Some may argue that Sudanese authorities can and should try the ICC suspects at home. But then the government would have to establish to the ICC’s judges that Sudan’s legal system is in the process of trying the same suspects for the same crimes that the ICC charges cover.

No such proceedings currently exist based on available information, and a year and a half after the transitional government took office, too much time has already passed. The authorities should transfer the ICC’s outstanding fugitives now and thereafter follow necessary procedures should it wish to try the suspects at home on the same crimes.

But the authorities also should consider all the challenges of trying to prosecute the ICC’s cases at home. Genocide, crimes against humanity, and war crimes – the charges the ICC suspects face – were not explicit crimes in Sudanese law until more than five years after government forces began to commit widespread atrocities in Darfur in 2003. It is possible that local courts could hold that the suspects cannot be tried on these crimes in Sudan since the law wasn’t changed until after the crimes occurred.

If domestic prosecutions were to take place only for other crimes, such as murder and conspiracy, this would deprive victims of accountability for the full scale of atrocities committed.

The legal principle of command responsibility, on which the criminal responsibility of leaders often rests, is still not incorporated into Sudanese law. Immunity for those in official positions and statutes of limitation limit cases domestically as well, and Sudan’s system lacks fair trial protections in law and practice, which are needed for credible proceedings, in actuality and in appearance.

The ICC focuses on a small number of cases involving the highest-level suspects for good reason – the cases can be extremely complex and costly to prosecute as they often involve numerous incidents over an extended period and showing links to suspects who may not have been physically present when crimes were committed. The cases tend to be highly sensitive given the profile of the suspects and present significant security and witness protection problems. Addressing these issues could be a major strain for Sudan’s authorities.

Meanwhile, there are more than enough opportunities for Sudanese authorities to bring justice for past crimes that go beyond the ICC’s five Darfur cases. There are no doubt dozens – maybe even hundreds –of other people who should be criminally investigated with a view to prosecution for mid to higher-level responsibility for atrocities in the conflicts in Southern Kordofan and Blue Nile and Darfur, along with attacks on protesters. Some people implicated in these abuses remain in official positions.

While news reports suggest there has been progress in a few domestic criminal investigations of past crimes, impunity overwhelmingly prevails and far more robust efforts are needed. Sudan should establish, without delay, the special court for crimes in Darfur provided for in the 2020 Juba peace agreement.

And, if the Sudanese authorities are pursuing charges for any of the ICC suspects for crimes other than those brought by the ICC, they can negotiate an opportunity for the suspects to face those charges back in Sudan. ICC procedures also potentially allow suspects to serve sentences in their own countries, if desired.

Sudan should not hold onto ICC fugitives in defiance of international obligations because they aspire to one day try them on Darfur crimes. This serves neither the victims nor the government, which could gain a lot of support for the transition with a prompt handover and could benefit from having greater resources to devote to the many other cases involving serious crimes that should be prosecuted.