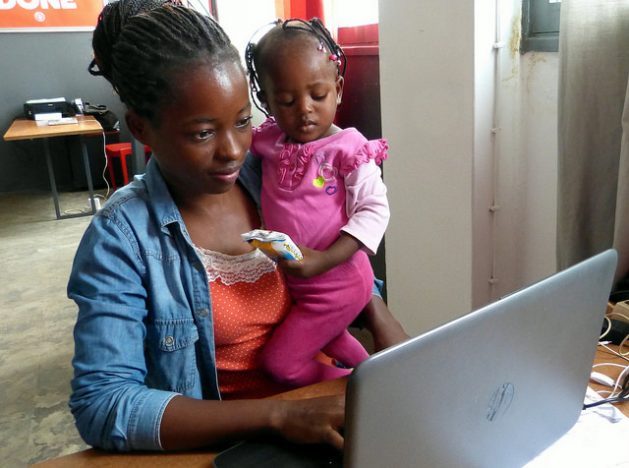 JOHANNESBURG, May 24 2021 (IPS) - Social issues and crises tend to affect women more severely than men. This is why terms like “gender mainstreaming policies”, “gender-responsive interventions” and “gender-based budgeting” have become more popular in public policy discussions in recent years.

The case has been made for the need to include gender in every analysis of social policy. But many of the toolkits which have been designed to do so have come up short. This is for a variety of reasons. Some of these shortcomings include a singular focus on women rather than relations between men and women; a focus on policy outcomes without a change in policy processes; and the inclusion of aspirational gender equality goals rather than goals for practical implementation.

The slowdown in economic activity and the restrictions on movement made women particularly vulnerable to physical abuse, a loss of income, and a decline in mental and emotional well-being, among others

But a framework developed by retired economics professor Marilyn Power offers a practical solution. Her framework can be used to evaluate the effects an event is likely to have on women. It can be applied to policies too. It draws together common aspects applied in gender studies and includes accounting for caring and domestic labour, considering human well-being, human agency, making ethical judgements, and undertaking an intersectional analysis.

I have used Power’s framework to examine the impact of COVID-19 on South African women. My research found that many of the challenges women experienced had been made worse by the pandemic. This was mainly as a result of the slowdown in economic activity and the restrictions on movement. These made women particularly vulnerable to physical abuse, a loss of income, and a decline in mental and emotional well-being, among others.

How women were affected

The importance of looking at both household and individual circumstances becomes clear when one looks at the impact of the COVID-19 pandemic. The closure of schools and early childhood development centres meant that women experienced an increase in their domestic responsibilities. Evidence shows that far more women than men reported increased time spent on childcare during the first few months of the hard lockdown.

Human well-being has been defined as “what people are able to be and do”. Amartya Sen, an award-winning economist, has recommended the use of five instrumental freedoms to measure well-being. These list aspects which define an individual’s relationship to their communities or the state. They include political freedoms, economic freedoms, social freedoms, transparency guarantees and protective security.

These freedoms include, for instance, having enough assets, the right to live a life of dignity, and the peace of mind which goes with feeling safe in one’s community.

Agency, on the other hand, has been defined by political analyst and feminist Lois McNay as “the capacity of a person (or other living and material entities) to intervene in the world in a manner that is deemed … to be independent or relatively autonomous”. Thus, the more freedoms individuals are guaranteed in society, the more their human agency will be enhanced.

During the pandemic women were more likely to lose their jobs than men. This loss had a major impact on women’s economic freedoms as well as their social freedoms.

It is thus important to engage with value judgements to make clear what implicit assumptions underlie public policy decision making.

One example of this was the South African government’s social security response to the pandemic, which included the Social Relief of Distress grant. This grant was only made available to unemployed individuals who didn’t get any other grant or qualify for Unemployment Insurance Fund benefits. The conditions under which the unemployed could apply for this grant were stringent – and still emphasised the need to work.

The stringent conditions meant that many vulnerable individuals were excluded. These included those who might already be receiving existing grants or received remittances from family members, but who might still be living in poverty. A large percentage of these would be women.

Intersectional analysis: This requires thinking about other social identities which define women beyond just their gender, such as race, sexual orientation and class, among others. These additional social identities privilege and disadvantage women in varying ways.

Black women, for instance, would be more severely affected by the social ills which have accompanied this pandemic than any other group of women in South Africa. Separating women by race in policy analysis would thus provide useful information which would not be otherwise observed had women been studied as a homogeneous group. Similar arguments could be made for further segmenting groups according to their social identities.

Women make up half of the South African population. It’s therefore important to consider how decisions and policies affect them. Failing to undertake a gendered analysis doesn’t equate to men and women being treated equally. Rather that women are likely to be implicitly negatively biased.