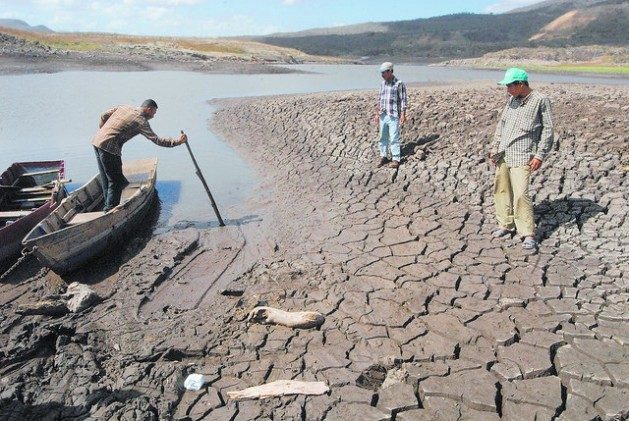 Since such cuts offer a clear pathway to limit temperature growth, only the most ardent cynic would deny it has been a great start to the run up to Glasgow. Not to mention the announcement by a court in the Netherlands as we wrote this article (26th of May) that Shell will need to reduce its carbon emissions by 45% by 2030 on 2019 levels this could result in a wave of court action against fossil fuel companies.

The Glasgow Summit will be judged, in part at least, on how it acts as a catalyst not only for greater ambition in emissions reductions, but in ensuring they are being consistently measured. Some countries, especially developing countries, will need significant financial support for such actions, and this should be another outcome from Glasgow

An important question now is how do we use the Glasgow Climate Summit to build on governments’ good intentions?

As we noted in a recent article published in IPS, the limitations on in-person meetings in a Covid-hit world are a particular problem for such a complex, high-stakes process. The Bureau managing the preparatory process for Glasgow recently announced its intention to hold virtual “informal meetings” starting next week. While we welcome the resumption of such discussions under the UN umbrella and can see a benefit to online discussions, these will only get us so far.

We hope diplomats, key stakeholders and journalists will be able to meet in person prior to the formal start of the Glasgow Summit, perhaps in October under a negotiating ‘bubble’ in Italy (which is hosting the G20 on the 30th and 31st of October) and the UK (which is hosting the Summit from November 1-12).

The current work being undertaken on COVID vaccine passports should make such in-person gatherings quite feasible, with the EU advancing plans in recent days to introduce them as early as July Furthermore, the UK’s offer to provide vaccinations to developing country delegations is a welcome move and should be expanded to other stakeholders.

What else could help advance progress in the lead-up to Glasgow? We would advocate that stakeholder coalitions at the national level could play a significant role.

Such coalitions have already shown their value. In 2017, Michael Bloomberg and former California Governor Jerry Brown launched America’s Pledge and the America is All In coalition in response to President Trump’s announcement that the United States would pull out of the Paris Climate Agreement.

The America is All In coalition has now grown to 147 cities, 1157 businesses, 3 states, 2 tribal nations, and almost 500 universities, faith groups, cultural institutions, and healthcare organizations. This is a powerful—and still growing—coalition committed to helping deliver at least a 50% reduction of 2005 emissions levels by 2030.

Meanwhile, Accelerating America’s Pledge—a report published by Bloomberg Philanthropies in 2020—identifies not only areas where work needs to be done but also progress to date. This work has helped build a strong base for President Biden’s recent announcement of a US Nationally Determined Contribution at a reduction of 52% in 2030 on 2005 levels.

Such partnerships and pledges are also happening internationally. In 2019, the Climate Ambition Alliance of Cities, Regions and Business, reported commitments to achieving net-zero carbon emissions by 2050.

This Alliance, which includes 992 businesses, 449 cities, 21 regions, 505 universities and 38 of the biggest investors, has made a significant pledge because it represents economic stakeholders covering a quarter of the global carbon emissions. This type of coalition helped pointed the way for national governments and others to take on similar goals.

Such coalitions can also be a model for how stakeholders could act in the lead-up to Glasgow. The welcome promises of many governments can be supported and held more accountable by a coalition of key national stakeholders.

For instance, imagine what national coalitions of stakeholders in perhaps the 20 world’s largest emitting countries might do when it comes to ensuring governments follow up on their pledges with clear, actionable policies and financing to achieve the promised cuts.

Where a government may be lagging, such national coalitions can help maintain the pressure by taking on their own commitments for their city, region, or business sector.

Such coalitions have also received strong support from the United Nations. “All countries, companies, cities and financial institutions must commit to net zero, with clear and credible plans to achieve this, starting today,” UN Secretary-General António Guterres urged in March.

One specific area stakeholder coalitions can play a role—both domestically and on the international scene—is in pushing for consistent monitoring, measuring, and reporting of emissions. This is an area that was not resolved by the 2015 Paris climate agreement, and yet is critical if we are to ensure full transparency and accountability in meeting government pledges.

The Glasgow Summit will be judged, in part at least, on how it acts as a catalyst not only for greater ambition in emissions reductions, but in ensuring they are being consistently measured. Some countries, especially developing countries, will need significant financial support for such actions, and this should be another outcome from Glasgow.

The UN-supported Race to Zero campaign is playing a useful role in this area. The largest alliance of non-state actors committing to achieving net zero emissions before 2050, Race to Zero recently published a report setting out criteria for how stakeholders can set, measure, and report on net zero commitments.

Interestingly, the Glasgow Financial Alliance for Net Zero, a group of 160 financial institutions with a collective US$70 trillion in assets, is taking a similar approach.

Cities could be critical to Glasgow’s success. “Cities use a large proportion of the world’s energy supply and are responsible for around 70 per cent of global energy-related greenhouse gas emissions which trap heat and result in the warming of Earth,” UN-Habitat Executive Director, Maimunah Mohd Sharif, said in 2019.

Starting in the cities of the 20 top emitters might be a good first step in aligning national stakeholders to the Paris Climate Agreement. Cities have the potential not only to be a powerful engine for change; they can also keep the world moving forward even if national political leadership in a country is lacking or is affected by a change in direction following an election.

The recent positive announcements by some governments for stronger NDCs is to be commended. However, only when all stakeholders are engaged and included will we be able to create a sustainable way to live together on this ‘Only One Earth’ we have.

Felix Dodds is a sustainable development advocate and writer. His new book Tomorrow’s People and New Technologies: Changing the Way we Live Our Lives will be out in September. He is coauthor of Only One Earth with Maurice Strong and Michael Strauss and Negotiating the Sustainable Development Goals with Ambassador David Donoghue and Jimena Leiva Roesch.

Chris Spence is an environmental consultant, writer and author of the book, Global Warming: Personal Solutions for a Healthy Planet. He is a veteran of many COPs and other UNFCCC negotiations over the past three decades.