With uncertainties over face-to-face meetings resulting from the COVID-19 pandemic, the authors consider the case for postponing the Climate Summit in Glasgow again and ask how, if it does proceed, we can improve its chances of success? 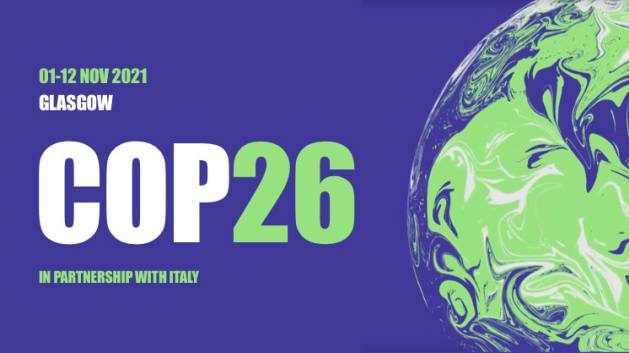 Currently, the Climate Summit in Glasgow—COP26—is slated for 1-12 November 2021. But will even this later date work for many participants?

NEW YORK, Apr 1 2021 (IPS) - Among the COVID-19 pandemic’s many damaging impacts, could a halt to international progress on environmental issues be added to the list?

A year ago, the Glasgow Climate Summit—originally scheduled for late 2020—was postponed to 2021, along with its preparatory meetings. This wasn’t the only critical intergovernmental process impacted. For instance, the Convention on Biological Diversity and the U.N. treaty on the high seas were also moved.

With uncertainty over travel and safety continuing into 2021, the postponement of meetings has continued, with the United Nations Environment Assembly and the Convention on Biological Diversity conference both being moved back many months.

The idea that negotiations could be held virtually has been largely ruled out. While it has worked for some processes on a limited basis, most experts acknowledge climate negotiations are too complex, sensitive, and high-stakes to be conducted over Zoom or WhatsApp

Currently, the Climate Summit in Glasgow—COP26—is slated for 1-12 November 2021. But will even this later date work for many participants?

Even though there is increased optimism in the US and Europe that they may get their populations mostly vaccinated by July or August 2021, that will not be true for many other regions. The varied pace in vaccine distribution is another example, if we needed it, of the disparities faced by developed and developing countries.

In an opinion piece by IMF Chief Kristalina Georgieva for CNN Business Perspectives on 7 March, she said:

“Even in the best-case scenario, most developing economies are expected to reach widespread vaccine coverage only by the end of 2022 or beyond.”

Why COP26 Needs to be In-Person and Inclusive

What does this mean for COP26? The idea that negotiations could be held virtually has been largely ruled out. While it has worked for some processes on a limited basis, most experts acknowledge climate negotiations are too complex, sensitive, and high-stakes to be conducted over Zoom or WhatsApp. They require face-to-face discussions to have any chance of meaningful success.

Furthermore, our experience in the past has told us that climate talks need to be inclusive and engage as many governments and stakeholders as possible, both in the lead-up to the conference and at the “main event” itself.

For instance, previous conferences in Cancun (2010) and Paris (2015) are remembered for their inclusivity and painstaking preparations, while less successful meetings such as those in Copenhagen (2009) or The Hague (2000) were unable to achieve this. If virtual negotiations are not a realistic option, then, it’s clear vaccines will need to be made available for government negotiators to attend and negotiate.

What about stakeholder groups who want to be there in person to lobby or put pressure on their governments? Will they be allowed to attend? If so, under what conditions? These are key questions that will need to be answered soon if COP26 is to have any chance of delivering what so many people want it to do.

Timing is Everything: The Case for Postponement

Already rescheduled once, COP26 is now timetabled for 1-12 November. Furthermore, the two preparatory meetings originally scheduled for 2020 were postponed to 2021, meaning there is still much to be done.

The first preparatory meeting is currently due to happen from 31 May to 10 June. This is now in doubt and a decision will be taken in the next few weeks on whether to proceed.

With such uncertainty, it could be argued that COP26 should be postponed again. Surely this would be better than trying to undertake preparatory meetings virtually, or holding a COP26 that is so diminished by travel restrictions that the meeting is but a shadow of its usual size and scope.

We hope those making these decisions take into consideration both arguments of inclusivity and the need for careful, thorough preparations as they continue to review this matter.

A Roadmap for a November COP

Should COP26 be held in November as currently planned, there are, however, some ways to improve its chances of success.

First, concerted efforts should be made to coordinate and strengthen the outcomes from President Biden’s planned Washington Climate Summit on 22 April, the G7 meeting in June (to be hosted by the UK) and the G20 Meetings in October (to be hosted by Italy).

Together, these could generate useful momentum and begin to refocus high-level political discussion on the climate crisis.

Secondly, the UNFCCC process could review its pre-COP26 scheduling to provide more time for in-person discussions in the lead-up to Glasgow. For instance, there is already agreement that a UNFCCC meeting will be held in Milan from 30 September to 2 October.

What if this already-scheduled event was to be expanded to at least 10 October? If this event continued through the month of October, it could have an even greater impact, allowing key negotiators ample time to prepare in person for Glasgow.

One challenge may be the timing of the Convention on Biological Diversity’s conference, now rescheduled for 11-24 October. Decision-makers will need to figure out whether the UNFCCC could meet concurrently with the CBD.

If it is not thought possible to run the two events at the same time, there are still some creative ways forward. For instance, the CBD could play an important role in accelerating discussions on nature-based solutions for climate change.

This is one of the key issues both the UK and Italy have identified for COP26. Informal negotiations could continue during the CBD meeting and the UNFCCC could reconvene formally on 25 October to see if agreement on any informal decisions could be progressed before the G20 on 30 and 31 October. In fact, the G20 meeting in Rome dovetails nicely into COP26, and could provide a welcome final impetus for it.

If preparatory meetings did take place through much of October in Italy or elsewhere, it would set up an almost continuous negotiating forum through to the start of November for national governments’ experts, diplomats and political leaders—as well as concerned scientists, business leaders, labor groups and NGOs—to meet in-person.

If planned carefully, it would mean only two or three geographically-proximate locations in Italy and the UK would be involved, which should help greatly in terms of dealing with the complexities of travel involving vaccinations, Covid testing, and so on.

In effect, it could create a climate negotiating ‘bubble’ where safe pandemic protocols would be possible and the necessary actors would have time to interact extensively and negotiate both broad agreements and details.

The G20 would also be an excellent end-point for intensifying pressure on countries to increase their National Determined Contributions as they head north for the Glasgow meeting just a short flight away.

At the most recent UN Climate Summit—COP25 in Madrid in 2019—several controversial issues remained unresolved.

In some cases, the negotiating gaps are wide. Jennifer Morgan, Executive Director of Greenpeace International, told journalists, “in the 25 years that I have been at every COP, I have never seen the gap bigger between the inside and the outside.”

Some of these issues are quite technical. For instance, reporting guidelines on annual inventories for developed countries need to be reviewed. Governments will have to agree common metrics to calculate the carbon dioxide equivalence of greenhouse gases and address the emissions from international aviation and maritime transport.

There are also outstanding issues relating to land use, land-use change and forestry, as well as market and non-market mechanisms under the Convention.

These aren’t the issues you generally find in the mainstream media, which tends to focus on where we are on National Determined Contributions (country targets) and the contributions to Green Climate Funds, which should have reached US$100 billion a year by 2020.

Of course, the question of NDC ambition and the Green Climate Funds are absolutely essential, and progress will be key at COP26. However, the more technical issues are also critical if we are to be sure we are measuring progress consistently and fairly.

The Green Climate Funds may prove politically sensitive at COP26. For instance, the host country last year indicated a shift from an ODA contribution of 0.7% to 0.5% of GNI.

The timing is problematic, to say the least, and has been challenged in a letter by over 3000 global health experts warning that the cut will hit “some of the world’s most complex and challenging global health problems”. If you add to that the damage it will do to climate finance, are we moving to a perfect storm instead of a path to a more sustainable planet to live on?

Felix Dodds is a sustainable development advocate and writer. His new book Tomorrow’s People and New Technologies: Changing the way we live, travel, entertain and socialize will be out in September. He is the coeditor of Climate and Energy Insecurity: The Challenge of Peace, Security and Development with Andrew Higham and Richard Sherman.

Michael Strauss is Executive Director of Earth Media, a political and media consultancy that advises UN agencies, NGOs and governments on international environmental, development, and social issues. He served as the UN’s Media Coordinator for NGOs, Trade Unions, and Business organizations at the UN Summits on Sustainable Development in Johannesburg (2002) and Rio de Janeiro (2012). He is co-author of ‘Only One Earth: The Long Road via Rio to Sustainable Development’ (Earthscan, Taylor & Francis), with Felix Dodds and Maurice F. Strong.

Chris Spence is an environmental consultant, writer and author of the book, Global Warming: Personal Solutions for a Healthy Planet. He is a veteran of many COPs and other UNFCCC negotiations over the past three decades.