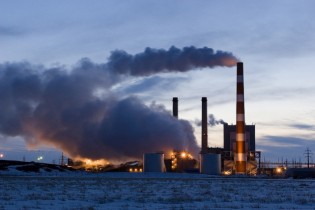 One surprise from COP26 – the latest UN climate change conference in Glasgow – was an agreement between world leaders on a new set of rules for regulating carbon markets. This would allow countries to trade the right to emit greenhouse gases.

By Shantha Rau Barriga
“Nothing about us without us” – that was the call from the indigenous rights advocate Ghazali Ohorella from the Alifuru people in the Maluku Islands, Indonesia during a panel at the climate summit in Glasgow.

COP26: Climate Action in Agribusiness Could Reduce Emissions by up to 7 per Cent

By Nibal Zgheib
Targeted action in agriculture could have a massive impact on climate change, according to a joint brief by the European Bank for Reconstruction and Development (EBRD) and the Investment Centre of the Food and Agriculture Organization of the United Nations (FAO), published at the COP26 climate conference in Glasgow scheduled to end November 12.

By Tina Nybo Jensen
With the UN climate change conference – COP26 – continuing this week in Glasgow, it’s obvious that there is consensus among a majority of world leaders and key stakeholders that much more needs to be done, if the ambition of keeping global warming to a 1.5-degree increase is to have any chance of being met. Yet talk, as they say, is cheap. Or, in the words of Greta: too much “blah, blah, blah” and not enough action.

COP26: Climate Justice Begins with the Human Right to Water

By Kumi Naidoo
As the UN Climate Change Conference (COP26) is swiftly moving to its conclusion on Friday, climate justice could not be more urgent or timely.

By Vanora Bennett
The European Bank for Reconstruction and Development (EBRD) has announced its intention to double the mobilisation of private sector climate financing by 2025.

By Ruth Richardson
Unless food systems transformation is put at the center of climate action, commitments governments have already made, and could make at COP26, will be jeopardized.
Next Page »
ADVERTISEMENT ADVERTISEMENT