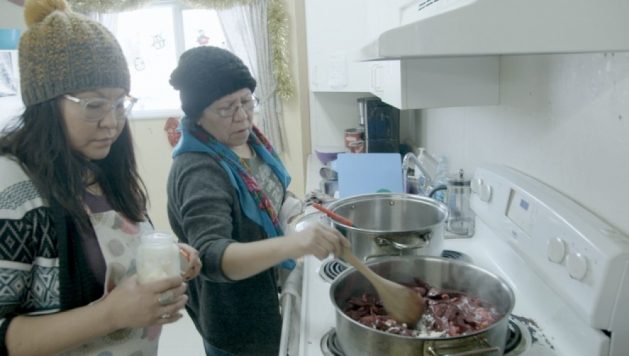 Nov 15 2021 (IPS) - “Nothing about us without us” – that was the call from the indigenous rights advocate Ghazali Ohorella from the Alifuru people in the Maluku Islands, Indonesia during a panel at the climate summit in Glasgow.

This plea was echoed by many activists from groups marginalized by systemic oppression whom I met at COP26: young activists, women, people with disabilities, older people, refugees, people from the Global South – all of whom are the most affected but have contributed the least to the climate crisis.

These experts spoke firsthand of the impacts of the climate crisis on their communities, the ongoing struggle to have their voices heard, and the concrete actions needed to solve this existential crisis which affects us all.

Worldwide, women farmers make up nearly half of the agricultural labor force, and produce up to 80 percent of food crops in developing nations yet, in many countries, women have less access to resources, such as land rights, credit, markets, education and technology

Instead of shutting out these voices, governments should listen and learn from them.

The slogan I heard from Ohorella has long been used by disability rights advocates and the session reminded me of the negotiations toward the UN treaty on the rights of people with disabilities, which was adopted in 2006.

During that process, I saw firsthand the benefits of inclusion. Governments came to respect and recognize the expertise of people with lived disability experience, which led to major advancements on their rights. It also resulted in changed mindsets, where people with disabilities were no longer seen as objects of charity, but holders of rights.

Fifteen years later, climate activists at COP spoke about the disconnect between the knowledge held by those with lived experience and the governments seated at the table making decisions on their behalf. Activists like Gabriele Peters from British Columbia and Ayakha Melithafa from South Africa urged world leaders to work with them and learn from them.

We should listen to and incorporate this know-how to build the kind of systems change we need to respond to the climate crisis, with equity. For example, involving women in local forest management has had positive effects for both livelihoods and conservation. This is already happening in Indonesia and Brazil.

Worldwide, women farmers make up nearly half of the agricultural labor force, and produce up to 80 percent of food crops in developing nations yet, in many countries, women have less access to resources, such as land rights, credit, markets, education and technology.

By leveling the playing field through legal reforms, targeted investments, and increased women’s meaningful participation, according to Project Drawdown, a resource for climate solutions, farm yields will rise and there is less pressure to deforest. Ensuring that women are included in the design and implementation of climate planning would heighten chances of success.

Overall, lands securely held and managed by Indigenous peoples also have lower rates of deforestation than comparable areas, evidencing their successful forest management practices. Advancing the rights of marginalized groups – an urgency in and of itself – has major climate benefits for the planet.

Not every impact of climate change can be solved with new technologies. Front line communities with deep knowledge of their lands are also carrying out successful adaptation strategies. In Australia, first responders are learning from aboriginal people, who lower the risk of bushfires by reducing fuel levels on the forest floor. In Mexico, farmers hit by increasingly long droughts and diminishing crop yields are developing groundbreaking solutions to restore degraded land to productivity.

In Canada, some First Nations maintain strong traditional food sharing networks that have helped address climate-driven loss of food through sharing harvests with at-risk members of the community, while others have built up community science programs that monitor climate change impacts on their environment.

Frontline communities are also developing healing practices to process grief caused by the permanent loss or alteration of ecological features that once sustained livelihoods and cultural practices. Artists are also leading the movement from artistic expression to policy change. As the climate crisis increasingly takes a toll on mental health, particularly among youth, we should support the arts, culture, and healing advanced by climate and environmental justice and Indigenous rights movements.

Meaningful participation in decision-making processes that affect citizens’ lives is not only a demand, it’s a right. While the United Nations Framework Convention on Climate Change and the Paris Agreement recognize the importance of participation, including “a country-driven, gender-responsive, participatory and fully transparent approach” for adaptation, states (and COP organizers) aren’t meeting these requirements. For Indigenous people, their free, prior, and informed consent is required for implementation to be successful.

As Ridhima Pandey, a youth climate activist from India, told us this week: “If we really want to treat the climate crisis as a crisis, it’s really important for the governments, organizations and activists to all come together, to start taking concrete action.”

Wise words from a 14-year old. Will governments listen?