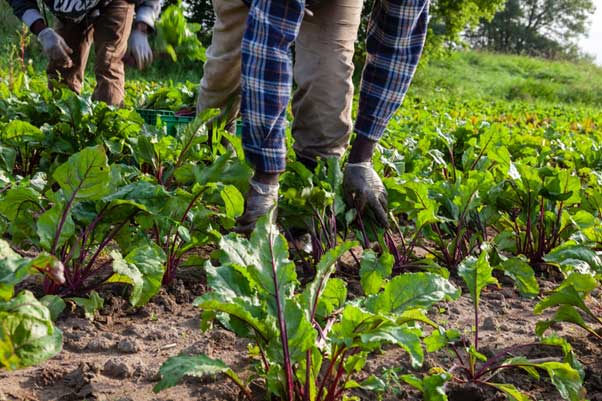 Credit: Laura Berman, Global Alliance for the Future of Food, 2020

TORONTO, Canada, Nov 2 2021 (IPS) - Unless food systems transformation is put at the center of climate action, commitments governments have already made, and could make at COP26, will be jeopardized.

Today’s industrialized food system — which includes the growing, harvesting, processing, packaging, transporting, marketing, consumption, and disposal of food and food-related items — makes us ill, doesn’t meet the needs of the global population, and has adverse effects on climate change.

Almost a quarter of global greenhouse gas emissions come from food systems. The industrialized practices — from chemical pesticide use to mono-culture crops — at the heart of the dominant global food system have also destroyed 66% of biodiversity, 61% of commercial fish stocks, and 33% of soils.

Then there’s food wastage which equates to 1.3 billion tonnes a per year and produces enough GHG emissions that, should it be a country, it would be the third-largest source of GHG emissions.

We know that waste and loss occur throughout the food supply-chain and mostly involve the waste of edible food by consumers in medium- and high-income countries and loss during harvest, storage, and transport in lower-income countries.

Of course, those detrimental climate impacts then come back to roost in a variety of ways, affecting weather patterns and the very land or seas that are heavily relied upon for crops, fish, and other food. 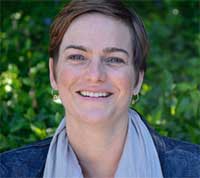 The resulting lack of ability to grow or access food then becomes a major driver in malnutrition (in all its forms) within communities, with the impacts felt worst by the most vulnerable in our societies — smallholder farmers, the poor, and women.

The 2021 State of Food Security and Nutrition in the World estimates that around a tenth of the global population – up to 811 million people – were undernourished last year. Do we really need any other signals that the industrialized food system is simply no longer fit for purpose?

The globalized food system must be overhauled so that food production can be delivered in a way that works with, rather than destroys, our natural resources and pushes planetary boundaries.

It is precisely action on food that is critical to restoring planetary health, radically reducing carbon emissions, protecting nature and biodiversity, and also delivering on all Sustainable Development Goals, from zero hunger to good health and wellbeing for all.

Despite a diversity of evidence making this need for transformation abundantly clear — from scientific reports and peer-reviewed literature to lived experience, oral histories, and ways of knowing — the action we need is still not where it should be on the political agenda: at the top.

The risk to climate commitments

There is hardly any mention of food systems in the Nationally Determined Contribution (NDCs) plans — the non-binding national plans that highlight countries’ actions to tackle climate change — that we’ve assessed to date.

The Global Alliance for the Future of Food is a strategic alliance of philanthropic foundations working to transform global food systems. Out of eight assessments of countries’ NDCs we have done so far, none fully account for emissions associated with food imports, particularly those related to deforestation.

Research shows that, in the average European diet, a sixth of the carbon footprint comes from deforestation emissions. Meat and dairy production already use 30% of the Earth’s land surface, driving unsustainable land-use as land is cleared to produce more and more livestock and the crops that feed them.

Only Germany provides a clear commitment to move away from harmful subsidies and to promote sustainable food consumption, and, just Colombia and Kenya have put forward ambitious measures around agroecology and regenerative agriculture.

These concepts promote sustainable farming approaches that compliment nature’s systems rather than diminish them and respect human rights.

Action to be taken

Unless others follow suit, all climate efforts will be undermined and any commitments negotiated in Glasgow that lack a systemic and global approach to food systems transformation will simply be inadequate given the vast mitigation and adaptation potential that the sector holds.

Governments worldwide must look at food systems through the lens of climate action and find new and restorative ways of feeding communities, without pushing the planet to the limits. Fortunately, approaching climate adaptation and mitigation in the context of food systems broadens the range of opportunities to achieve climate goals and facilitates the consideration of systems level effects and interactions.

A food systems perspective also enables engagement of the full range of stakeholders that should be involved in food systems transformation such as those from other sectors as well as local and Indigenous groups that have knowledge of the issues.

Such a perspective is critical to addressing climate change and achieving the Sustainable Development Goals, which are all linked by food as the golden thread.

Tried and tested methods of agroecology and regenerative agriculture already exist for others to roll out and replicate. For example, in India, chemical-free farming has been used by the 600,000 farmers involved in the Andhra Pradesh Community Managed Natural Farming programme to tackle soil degradation — which includes erosion, desertification, and other changes in soil that reduce its capacity to provide ecosystem services — and produce more variety of crops.

Research shows that farming without the addition of synthetic fertilizer or pesticides is leading to incredible reductions in pollution and emissions, and better wages and earnings for farmers.

Meanwhile, while in Africa, in the Luangwa Valley of Zambia, COMACO — the social enterprise promoting agroforestry — is retraining poachers to be farmers, tackling deforestation, reporting significant impacts in carbon offset, and putting an end to wildlife killing.

Alongside these ‘beacons of hope’ governments could also promote nutritious, sustainable, whole-food diets adapted to local ecosystems and socio-cultural contexts, acting on the interconnections between food and climate.

There’s a growing body of research that shows that dietary change can help tackle climate change. For example, increased GHG emissions have been associated with diets higher in animal products.

Yet, historically, this has received less consideration in climate policy than, say, the energy and transport sectors. Policymakers have it in their power to catalyze initiatives that enable and create positive food environments that provide equitable access and dietary guidance.

What we need now is to see the political will and climate finance moving alongside bravery and connected action from our leaders so that we can all live better, as well as sustainably, on this one Earth of ours.

Ruth Richardson is Executive Director, Global Alliance for the Future of Food