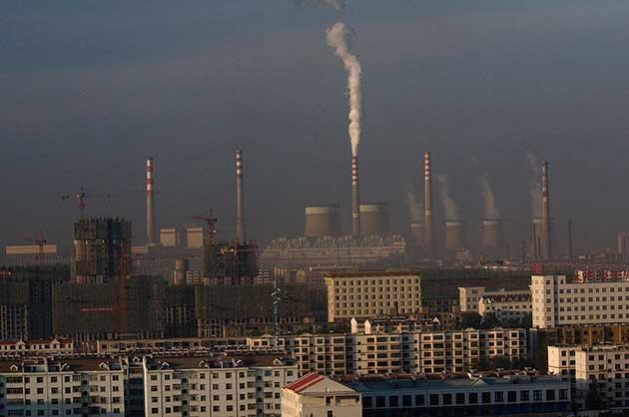 Datong, in China’s Shanxi Province, was an old-fashioned coal mining city. It has been a key city for an environmental clean-up. China is the world’s largest emitter of CO2. Credit: Trevor Page

OTTAWA, Canada, Nov 9 2021 (IPS) - Look up any map showing today’s global humanitarian crises and you’ll find it awash in red alerts more than ever before. Climate emergencies are fast emerging in new areas that have never previously witnessed them, and they are accelerating humanity’s march towards the precipice in regions long battered by conflict, hunger and displacement.

While developed countries are responsible for the lion’s share of CO2 emissions, developing countries in Africa, Asia and Latin America are the ones suffering the most from the devastating effects of these climate-induced emergencies.

The adverse effects of climate change are already at an advanced stage, with many developing countries around the world living in climates 3 degrees higher than normal such as Mali and Burkina Faso. It is no longer enough to focus only on mitigating climate crises through reducing fossil fuels and transforming food systems. 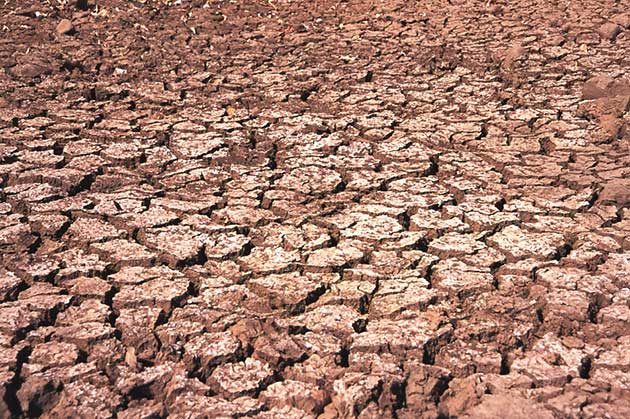 Cracked earth due to drought in India’s north-eastern State of Bihar. Bihar was the epicenter of India’s last major famine in the mid 1960s. Credit: Trevor Page

With only a few days left of the UN COP26 climate talks, world leaders and experts negotiating mitigative measures to cap global warming at 1.5 C or face irreversible disaster would be remiss not to prioritize helping developing countries already devastated by the impact of global warming to quickly adapt to climate change.

“In parallel with mitigation, we need to help countries adapt to the new climactic stresses brought about by global warming,” says Amir Abdulla, Deputy Executive Director of the World Food Programme. “Climate change adaptation is urgently needed in countries in Africa, Asia and Latin America where people face climate extremes.”

Without the ability to adapt, people will have no other choice but to migrate to where they can survive. In 2020, 30 million people were internally displaced due to weather-related events, primarily storms and floods. That is three times as many as conflict, according to the Norwegian Refugee Committee.

“At WFP, we recognize that if we can keep people in their homes and on their land, we help reduce the number of people who become climate migrants and climate refugees. But to do so, we have to enable people not only survive but also thrive on their land,” said Abdulla. 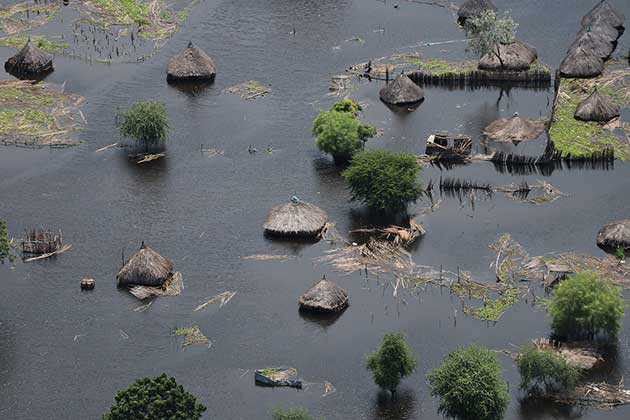 Entire villages in the Fangak region of South Sudan have been submerged due to record floods that have swept across the country for the third consecutive year, displacing hundreds of thousands of people. Credit: Marwa Awad

WFP has had a strong record of working with communities to recover from climactic shocks and stresses that jeopardize their food security. In some of the most arid regions, WFP helps smallholder farmers and communities establish free nurseries to hold back the desert and recover agricultural land.

In central America and the Dry Corridor of El Salvador, Guatemala and Honduras, WFP helped more than 32,000 people adapt to their changing climate by creating livelihoods and income generating activities that are suitable for the drought condition, while also implementing community projects on land restoration the result of which has been the reforestation of more than 1,300 hectares of degraded and marginal land as well as the construction of nearly 3,000 water harvesting systems.

In a post-COVID-19 world compounded by an increase in climate emergencies, humanitarian needs will always outpace available resources and finances. Meanwhile achieving zero hunger by 2030 has already become a dream out of reach. But those with influence can carve out pathways to a safer, more stable future for all by working with humanitarian organisations and actors in a globally coordinated manner to establish early warning systems that can anticipate risk and map out preventative measures to mitigate climate hazards before they spiral into natural disasters. As for the sake of those living on the frontlines of the climate crisis who have not the luxury of time and cannot wait for developed countries to deliver on their promise of cutting down their CO2 emissions, these vulnerable communities need immediate help to adapt to their already changed and riskier world.

Marwa Awad, a resident of Ottawa, Canada, works for the World Food Programme. She is the co-host of “The WFP PEOPLE Show”.