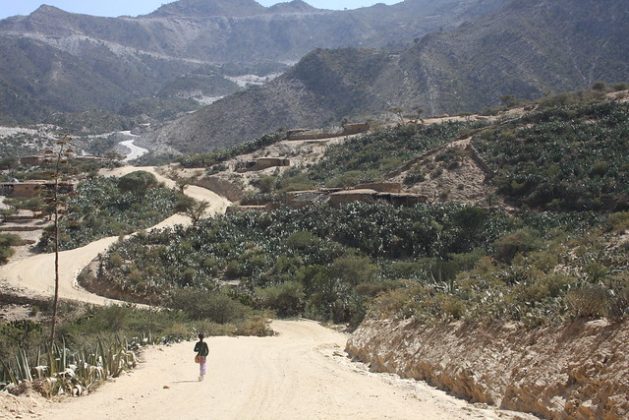 The rugged landscape of Tigray, Ethiopia’s most northern region, stretches away to the north and into Eritrea. The Tigray Region has been rocked by conflict since November 2020. Credit: James Jeffrey/IPS

DILI, Jun 11 2021 (IPS) - Seven highly respected leaders in conflict resolution have issued a call for Ethiopian Prime Minister Abiy Ahmed to take immediate action to bring a halt to the atrocities being committed in the Tigray region of his nation. The letter urges the Prime Minister to implement seven steps to resolve the crisis.

The letter notes that “grave human rights violations and abuses are being committed against civilian Tigrayans, including extrajudicial killings, sexual violence, looting and destruction of property, mass executions, arbitrary arrests, rape, forced displacement of populations, hate speech and stigmatization including ethnic profiling. These attacks have caused tens of thousands of Tigrayan children and adults to flee their homes and to seek refuge in Sudan under extremely deplorable conditions.”

“As a result of this conflict, according to the United Nations, approximately 4.5 million of a population of 6 million people are in immediate need of humanitarian assistance,” it says. “Between two and 2.5 million people in the region will experience severe food insecurity through September. News outlets from around the globe are also increasingly writing of horrifying stories of rape, torture, and mass arrests.”

1. Act now and swiftly to save his country and end the suffering of Ethiopians afflicted by war in Tigray.

4. Fully cooperate with regional organizations and the international community to facilitate all-inclusive dialogue, reconciliation and healing, involving all political and civil society actors in Tigray with the goal of charting a consensual way forward for the region’s future governance.

5. Lead calls for a cessation of hostilities by all parties involved and encourage other parties to commit to ending the fighting immediately. Press for the immediate and verifiable withdrawal of Eritrean and Amhara regional forces from the Tigray Region.

7. Issue orders to protect all civilians in Tigray and throughout Ethiopia regardless of their ethnicity, including refugees and internally displaced persons, and particularly women in the light of widespread reports of sexual and gender-based violence.”

“It is clear that like all wars, the political dispute that led to the Tigray crisis cannot be resolved through military means alone,” it states. “The suffering inflicted on the people in the region has already been too great. For the good of Ethiopia, and the good of the region and the world, we ask the Prime Minister to work toward a political solution as soon as possible. It is only through dialogue and negotiation that lasting peace can be established, and the healing for so many can begin.”

There has been no response to date from Prime Minister Abiy.