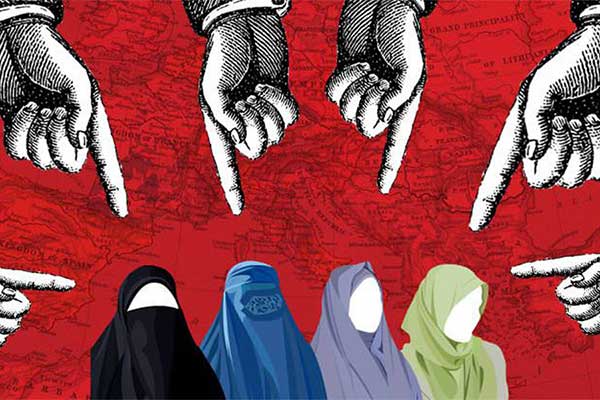 NEW DELHI, India, Jun 3 2021 (IPS) - A Muslim call centre operator at a COVID-19 ‘war room’, who once saw himself a COVID-warrior, is now unemployed after being falsely branded by a top politician as a key member of a bed-for-bribe scam. He is a victim of the rise in Islamophobia in India as the country grapples with the COVID-19 pandemic – with scant evidence of condemnation from the authorities, say activists.

Early in May, a member of Parliament for the ruling Bharatiya Janata Party (BJP), Tejasvi Surya, stormed into a COVID-19 ‘war room’ ostensibly to expose an alleged bed-for-bribe scam.

In a video live streamed on his social media and later repeatedly shown by many media houses, he read out 16 names, cherry-picked out of the 205 municipal helpline operators. All the 16 names were Muslims.

In the video, BJP member of the Legislative Assembly (MLA) and Surya’s uncle, Ravi Subramanya, asks: “Have you appointed them to some sort of a madrasa (Islamic school) or a corporation?”.

The ‘war room’ is a Bruhat Bengaluru Mahanagara Palike (BBMP) South zone COVID-19 war room with 400 lines and receives about 3 000 calls from citizens across the city every day, according to reports.

What followed were WhatsApp texts with the names listed by Surya – with the named employees labelled as “terrorists”. The viral messages on social media claimed this “team of terrorists” were scamming patients by offering Intensive Care Unit (ICU) beds at exorbitant fees and even reserving those beds for those in the Muslim community.

According to reports, the 16 were fired. IPS reached out to one of the named call centre operators who spoke to us on condition of anonymity.

“In April this year, I would proudly call myself a ‘COVID warrior’, helping those who needed urgent information related to the disease,” Faiz Akhtar (name changed) said in an exclusive interview. “My heart sank when I saw the term ‘terrorist’ written next to my name in WhatsApp messages soon after the MP called my name out in public alleging corruption against me.”

He told IPS he was taken in a van, like a common criminal, to the police station and had his pictures taken as if he had committed a crime. “Having a Muslim name perhaps was my crime,” he said.

Faiz, who is the sole supporter of his family, said that despite there being no evidence against him and the other 16 people named, he is yet to be reinstated into his job. This despite assurances from the BBMP south zone management.

While India was (and is) reeling under the second wave of Covid-19, which at its height recorded more than 300 000 cases a day, the blatant Islamophobia around the pandemic and misinformation around Indian Muslims and their link to the virus continues.

The past year saw Muslims labelled as ‘corona spreaders’, and this trend has not stopped.

Dr Zafarul Islam Khan, Delhi Minorities Commission former chairperson, in an exclusive interview to IPS, said when the national lockdown was declared in India last year, the Tableeghi Jamaat people were removed from their centre by the police “like they were criminals”.

The Tableeghi Jamaat are an international group of Muslims who gather in Delhi each year for a religious congregation.

The group had already started its annual conference at its centre in the Nizamuddin area in Delhi before the official lockdown was announced.

As the Delhi Minorities Commission chairperson at the time, he relentlessly lobbied authorities in the Delhi government until the conditions of the inmates improved.

Reports indicate that the centre continued to be targeted by police after the COVID-19 emergency was declared.

Later the courts criticized the scapegoating of the congregation, many of whom were foreigners, for the pandemic.

“This was a golden opportunity for the godi (lapdog) media which started a narrative saying that Muslims were executing a heinous and planned conspiracy to spread the coronavirus in the country, and the term “Corona Jihad” was coined to describe this so-called conspiracy,” Khan added.

What aids and abets a stereotype is when it appears to get government sanction and when those seemingly liberal and anti-communal use their position of privilege to further the witch-hunt that a community is facing. There are significant indications that this is the case in India.

Surya’s open pronouncement of select Muslim employees allegedly involved in the bed scam in Bangalore and the Delhi State Government and the Central Government giving separate figures of Tablighi Jamaat related COVID-19 patients in their daily press briefings has made life very difficult for the Muslim minority in India.

Khan wrote a letter to the Health Minister of Delhi saying that it was unfair that the Jamaat cases were mentioned separately – when no other religious communities’ figures were singled out.

“The health minister conceded to my request, and two days later, separate mention of the Jamaat in daily briefings was stopped. A day later, the central government also stopped this questionable practice,” said Khan.

Prateek Sinha, one of the co-founders of a leading fact-checking platform called Altnews, told IPS how communal information had been the mainstay of the Indian misinformation scene right since they started their platform.

“We saw a deliberate attempt to show Muslims in a bad light, trying to ascribe blame for different things that are happening in the country to Muslims,” said Sinha.

During the pandemic, there had been misinformation of all kinds. However, the way Muslims have been made scapegoats by the media, by political parties and liberals alike had been a worrying trend.

From being called Corona Jihadi (a term used to falsely ascribe the spread of the disease by Muslims as a conspiracy to kill non-Muslims) to being singled out in alleged scams without any substantiated evidence, India’s largest minority continues to face a pandemic of discrimination and scapegoating, within the larger pandemic that the world is facing.