The writer, co-Founder of ENGAGE, a not-for-profit NGO in Nepal, writes on volunteerism, social inclusion, youth development and regional integration as an engine to improve people’s lives. 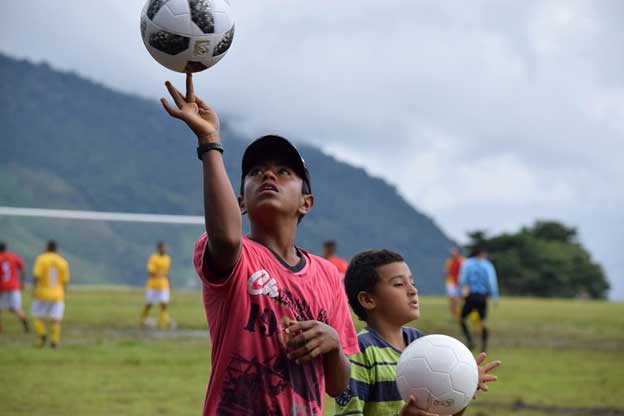 KATHMANDU, Nepal, Aug 17 2021 (IPS) - Does sport need to change to better serve society? What can sport and development actors do better in the future? How can sport play a greater role in contributing to development and peace? Can we reimagine the role of sport? Can we resolve the conflict and contradictions inherent within sport?

These are some of guiding questions for a call for articles launched last April by the International Platform on Sport and Development, the most authoritative forum to promote and discuss the transformative role sports can have in the society.

The timing of the call could not have been more appropriate as by that time it was day by day becoming evident that the consequences of the pandemic would have been as lasting and devastating as few could have imagined just few weeks earlier.

With the Olympics Games just concluded and with the upcoming Paralympics Games starting soon, there is no better time to reignite the debate on the future of sport.

The questions at the basis of that call for articles kicked off an interesting discussion on possible shapes that sport could take in the years ahead.

Unfortunately, with multiple waves of Covid-19 coming and going, we got somehow used to what has been described as a new-normal and the debate on the future of sports is at risk of losing vibrancy and momentum.

Yet in certain regions, the pandemic brought in what could have been, earlier on, described as unimaginable decisions at levels of policy making.

Think about bold actions in the areas of climate change or a new emphasis on inequalities. Unfortunately, such groundbreaking actions, long due, are only going to benefit the citizens of certain nations, mostly those who have more robust finances and effective governance.

While there is certainly an emerging understanding that a better and fairer world would be able to achieve the Agenda 2030, still it must be a global undertaking in which least developed countries (LDCs) and lower middle income nations are also properly supported. We also need to find new champions to rethink the role that the entire sport sector can have in society all over the world, not just in the North.

Can sports play a big role in achieving the Sustainable Development Goals (SDGs)? Should sport for development remain a self-standing sector well-distinguished and separated from the sports industry or should it be part of a broader continuum?

Certainly, the Black Lives Matter movement proved that professional sports league in North America, while hardly can be turned into social businesses, can take a strong position in advocating for ending racism and create more equity.

Most of them with, the NBA in the frontrunner thanks to its players demanding a change from “business as usual” approach, are showing long term commitment to social justice with strong messaging and also with new initiatives at community levels.

Yet many other professional leagues have not shown the same level of sensitivity, perhaps reflecting the overall feelings within their supporters. In a country like Italy seeing football fans using far right, fascism inspired salutes and gestures, after all, has been almost normalized.

The conundrum is how we can ensure, on the one hand, that all professional, elites sports leagues are brought into a debate over their own responsibilities, drawing clear red lines on what it is expected as well as what is not going to be tolerated from them and on the other hand, how we can facilitate a stronger, much stronger connection between these professional sports and community level sports for development initiatives.

Surely finding answers to such questions will require a lot of education and openness to introspect and rethink old assumptions.

With the area of development being led by small organizations been badly affected by the pandemic, how can we truly ensure that more social consciousness at elite’ and professional levels also turn into consistent support to help scale up such initiatives globally?

One issue concerning them is certainly about investing in metrics and capacity building.

Here it is where the Commonwealth is doing a great work, measuring the impact of sports for development even though we should also engage elite sports to rethink their contributions in the society and not only in terms of CSR.

On the capacity sides, more evidence is being created about what works the most and with the highest levels of impact but a lot will depend on the fact that more resources are needed and this can only happen if we think long term and we determine the inextricable links between sports for development and other dimensions of sport in general.

So a central issue is not just about how the niche sport for development can be better administered and promoted but the challenge is about creating anew a global governance for a better sport.

That’s why there is a strong case to re-imagine the sport sector as whole, making sports for development truly an integral part of it, not just a nice add on.

For this to happen elite and professional sports must reform and truly ensure that their profit-making machines sustain, at much bigger levels, grassroots levels amateur games and a pledge to substantially back initiatives till now considered as part of this standing alone “sport for development” sector.

We need a bold rethinking of the role sports can have at the UN and we need forward looking policy making to advocate for such drastic change.

Putting sport at the center of the global agenda implies doing away with silos approaches. It will require creativity, ingenuity and commitment and truly new innovative policy making.

New partnerships will be essential and that’s why the UN Secretary General should call for a global summit on sport where niche experts from sport for development can work with top athletes and industry leaders of elite sports’ leagues and federations to truly re-imagine the role of sports to achieve a better society.

Such forum can lead to a new “Global Agenda on Sport for 2030” and a way to create consensus on such new global sport agenda, could start with the High-Level Political Forum, HLPF the main discussion platform on the SDGs that can be used to highlight the societal potential of sport.

In 2022 the HLPF, the 10th, will focus on some crucial SDGs including SDG 4 (quality education) and SDG 5 (gender quality) among others and therefore we have a unique opportunity to leverage the power of sports to achieve concrete results in the areas of social development, reinvigorating the Agenda 2030 from a youth’s perspective.

The HLPF next year could become the launch-pad to mainstream sports, especially those explicitly with a societal focus (that must be considered as part of a larger continuum), at the core of the development agenda.

While issues related to the overall governance of sports and those specifically related to sport for development must also be tackled, we can start building a roadmap to re-imagine sport and let’s involve the heads of state and global leaders, many of which are passionate about it.

They must be part of the equation, and they must endorse and support such reform.

Without their engagement and without the involvement of some global sports stars, the status quo will prevail and a big opportunity to reboot and reset sport as a whole will be wasted.