Build Forward Fairer in the Wake of the COVID-19 Pandemic

A view of the city of Bangkok, the capital of Thailand. Credit: UN News/Vibhu Mishra

JAKARTA, Oct 8 2021 (IPS) - Cities have been epicentres of the COVID-19 pandemic since 2020. City authorities have been the frontlines responders—from running testing stations, to managing food distribution, to disposing of corpses. Yet they are often under-resourced, and their critical role in policy implementation is often overlooked.

Now a growing movement of Human Rights Cities is charting the way forward through pandemic recovery plans to not only ‘build back better’ but also ‘build forward fairer.’

In many cities, structural inequalities that existed before the COVID crisis had resulted in sprawling slums, traffic congestion and pollution. Poorer residents have limited access to water, sanitation, clean cooking fuels and other amenities: COVID and lockdown measures have exacerbated those inequalities.

Loss of income opportunities and confinement to sub-standard housing, for example, have made this a worse pandemic for some than for others. Local authorities should now take concerted action to include marginalised groups such as slum dwellers, women, migrants and minorities in pandemic response and recovery efforts—as some are already doing.

In the southern city of Birgunj, Nepal, bordering the Indian state of Bihar, many were cut off from access to basic amenities when the city went into lockdown. The city authorities set a target that no one should lack food, and undertook 45 days of relief distribution.

They also made household deliveries of oxygen to COVID patients, to reduce the load on the city’s hospitals.

In Nagpur, India, to tackle rampant profiteering, the city authority introduced a single-vendor system for sales of remdesivir, a drug used to treat COVID patients. 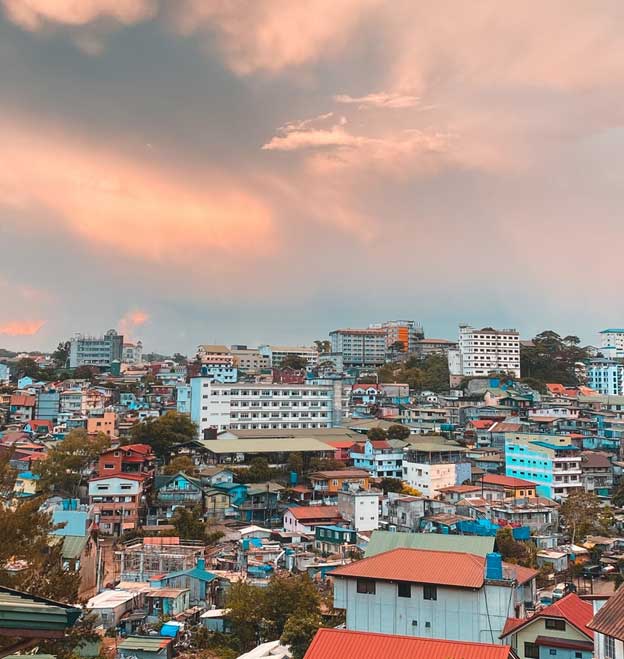 In Baguio City, Philippines, the city has surpassed the testing average, and has now set an ambitious target of vaccinating 95% of its residents.

These cities have all allied themselves with the growing movement of Human Rights Cities in the region. Their commitment is to reframe their policies and practices to align with human rights principles and norms that originated in the 1948 Universal Declaration of Human Rights.

Asian governments are often viewed as laggards in the implementation of international human rights standards. This is unfair. While social and development challenges loom large, city authorities are often in the forefront of action for change.

The pandemic has brought opportunity for local governments to better protect human rights—as the cities mentioned here have chosen to do. However, many local government authorities need capacity building and practical guidance to “localise” human rights in ways that are relevant to their own post-pandemic context. In this effort, national authorities can give important signals and support.

In 2016, the Indonesian government’s Ministry of Law and Human Rights established a national platform on Human Rights Regencies/Cities (Kabupaten/Kota Peduli Hak Asasi Manusia). The platform enables voluntary assessment of city authorities’ performance in fulfilling people’s economic, social, and cultural rights (such as the right to water and sanitation, or the right to food) while also giving attention to some civil and political rights (such as the right to information, non-discrimination and, more recently, participation in governance).

As of 2020, 439 of 514 regency and city authorities in Indonesia had participated in the program, and 259 of them had been recognised as Human Rights Cities or Regencies.

City authorities derive prestige from the award, and have taken steps to connect international human rights norms with national laws and city by-laws, policies and programmes. The East Lampung Regency in Sumatra, for example, has highlighted its commitment to achieving an inclusive, democratic and solidarity-based society through dialogue with urban dwellers.

A mayoral decree emphasises the city’s role in safeguarding human rights, and identifies the responsible units within the mayor’s office, their tasks, and the scope of their budgets.

In Gwangju, Republic of Korea, local authorities decided to tackle the issues of poverty, high suicide rates, out-of-school children, and mobility-impaired residents. Through open forums and consultations, in which they sought to understand the situation of migrants, undocumented workers and other marginalised residents.

Based on the outcomes, they devised several action plans that included educating citizens on migrant rights, and establishing a comprehensive support network for migrants.

In October 2021, the City of Gwangju convenes local government authorities from around the world at the annual World Human Rights Cities Forum. The City of Gwangju has been at the forefront in the promotion of the Human Rights City concept, and emphasizes the importance of local government authorities taking active and responsible roles in promoting and protecting human rights.

In this year’s forum, city authorities will discuss the emergence of new social contracts for the post-pandemic recovery, and 11 local authorities from Asia will present their own projects for integrating human rights-based approaches into local policies and programmes for more resilient, fair, and sustainable cities.

Throughout the region, there is a growing realisation that protecting human rights makes for safer, greener, and better places to live. Adopting a human rights-based approach helps prioritise vulnerable groups that would otherwise be overlooked, and addresses local needs and challenges through participatory processes. City authorities hold the keys to embedding good practice and ‘building forward fairer.’