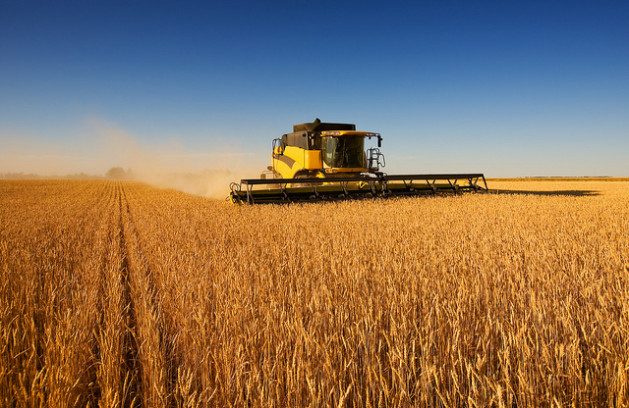 One of the lingering effects of the food price crisis of 2007-08 on the world food system is the proliferating acquisition of farmland in developing countries by other countries seeking to ensure their food supplies. Credit: Bigstock

MADRID, Oct 22 2021 (IPS) - “Imagine that the land your family has worked for generations is suddenly stripped away from you, purchased by wealthy companies or governments to produce food or bio-fuels or simply as a profitable investment for other people, often far away. You watch on helplessly as vast tracts of land are cleared for mono-culture crops and rivers are polluted with run-off and chemicals.”

Unfortunately, this is happening all around the world – in particular in Africa, Latin America, Asia, Oceania and Eastern Europe.

Perhaps this is one of the most appropriate introductions to the worldwide extended practice of ‘land grabbing’, as mentioned by a global grassroots organisation, founded in 1989 to prevent the disappearance of local food cultures and traditions, and “counteract the rise of fast life and combat people’s dwindling interest in the food they eat, where it comes from and how our food choices affect the world around us.”

What is land grabbing?

Land grabbing is a practice consisting of the purchase or lease of large tracts of fertile land by public or private entities, a phenomenon that rose significantly following the 2007-2008 world food economic crisis, describes the Slow Food organisation.

"Imagine waking up one day to be told you’re about to be evicted from your home—being told that you no longer have the right to remain on land that you’ve lived on for years. And then, if you refuse to leave, you will be forcibly removed. For many communities in developing countries, this is a familiar story"

Today land grabbing involves millions of hectares, equivalent to an area as big as Spain, and it continues to spread relentlessly, it adds.

“Transferring large parcels of agricultural land away from local communities threatens food sovereignty and their very existence. It also jeopardises the environment and biodiversity by favouring intensive monoculture farming reliant on fertilisers and pesticides.”

Maybe you would like to know that, since its beginnings, Slow Food has grown into a global movement involving millions of people in over 160 countries, working to ensure that everyone has access to good, clean and fair food.

“One of the lingering effects of the food price crisis of 2007-08 on the world food system is the proliferating acquisition of farmland in developing countries by other countries seeking to ensure their food supplies.”

In other words, land grabbing is the practice of large-scale land acquisitions: the buying or leasing of large pieces of fertile land by private corporations or state-owned companies, governments, and individuals.

Such private corporations, including the so-called “vulture funds”, are financial, business holdings dedicated to making large profits from buying agricultural lands, forests, real estate properties, mines for the extraction of all sorts of materials that are indispensable for large industries, mostly based in rich countries, in particular for giant technological corporations.

Let alone vast extensions of lands acquired or leased in developing countries, for the purpose of cultivating and exporting highly profitable commercial crops. Also of forests, to be exploited by timber industries.

The practice of land grabbing as used in the 21st century refers to large-scale land acquisitions or leasing for periods ranging between 25 years to 99 years, following the 2007–08 world food price crisis.

Through it, the purchasers pay an amount of money per hectare, and sometimes a portion of the food produced from such fertile soils.

In most cases the grabbing operations are done under a legal umbrella.

The consequences of these practices are harsh.

In the case of grabbing farming lands, they imply the depletion of soil fertility, the use of huge amounts of often scarce water resources —water grabbing—, the pollution of both soils and water courses with chemicals, the shrinking of local farming, the expropriation of a high number of hectares, all this, among others, leading an increasing food insecurity in developing countries and, thus, their growing dependence of food imports.

The International Food Policy Research Institute (IFPRI) estimated in 2009 that between 15 and 20 million hectares of farmland in developing countries had changed hands since 2006.

The estimated value has been calculated for IFPRI’s 2009 data to be 15 to 20 million hectares of farmland in developing countries, worth about 20 billion-30 billion US dollars.

For its part, the Land Portal reports that ‘investments’ made by investors within their home country and after stripping these out found only 26 million hectares of transnational land acquisitions which strips out a lot of the Asian investments.

Other reports inform that Brazil, with 11 percent, is among the largest developing countries targeted, followed by Sudan with 10 percent.

Who are the big grabbers?

GRAIN or the international non-profit organisation that works to support small farmers and social movements in their struggles for community-controlled and biodiversity-based food systems, says that the United States, the United Arab Emirates and China all constitute around 12 percent of these deals, followed by India with 8 percent; the UK with 6 percent; South Korea with 5 percent; South Africa, Saudi Arabia, Singapore and Malaysia all with 4 percent.

Meanwhile, estimates cited by Wikipedia concerning the scope of land acquisition, published in September 2010 by the World Bank, showed that over 460,000 square kilometres or 46,000,000 hectares in large-scale farmland acquisitions or negotiations were announced between October 2008 and August 2009 alone, with two-thirds of demanded land concentrated in Sub-Saharan Africa.

It also provides citations indicating that investors can be generally broken down into three types: agribusinesses, governments, and speculative investors. Governments and companies in Gulf States have been very prominent along with East Asian companies.

Also that food-driven investments, which comprise roughly 37 percent of land investments worldwide, are undertaken primarily by two sets of actors: agribusinesses trying to expand their holdings and react to market incentives, and government-backed investments, especially from the Gulf states, as a result of fears surrounding national food security.

The truth about land grabs

Should all this not be sufficient, here is another explanatory introduction to the human impact of land grabbing as cited by Oxfam America:

“Imagine waking up one day to be told you’re about to be evicted from your home—being told that you no longer have the right to remain on land that you’ve lived on for years. And then, if you refuse to leave, you will be forcibly removed. For many communities in developing countries, this is a familiar story.”

In the past decade, adds Oxfam, more than 81 million acres of land worldwide—an area the size of Portugal—has been sold off to foreign investors. Some of these deals are what’s known as land grabs: land deals that happen without the free, prior, and informed consent of communities that often result in farmers being forced from their homes and families left hungry.

The global rush for land is leaving people hungry

Oxfam also explains that the 2008 spike in food prices triggered a rush in land deals.

“While these large-scale land deals are supposedly being struck to grow food, the crops grown on the land rarely feed local people. Instead, the land is used to grow profitable crops—like sugarcane, palm oil, and soy—often for export.”

In fact, it goes on, more than 60 percent of crops grown on land bought by foreign investors in developing countries are intended for export, instead of for feeding local communities. “Worse still, two-thirds of these agricultural land deals are in countries with serious hunger problems.”

Further to all the above, some questions arise. For instance, when developing countries’ rulers intend to formulate laws preventing land grabbing? What international laws have to say? And why are mainstream media all over the world not reporting about such a dramatic issue?… Why this heavy curtain of silence?