Stories written by Paul Weinberg
Paul Weinberg is a Toronto-based freelancer writer who has written for IPS since 1996. He is also a regular contributor to local weekly magazine NOW and specializes in Canadian politics, in particular foreign, security and defence policy. Paul is currently writing a book on the RCMP’s spying on academics in Canada during the 1960s. | Web 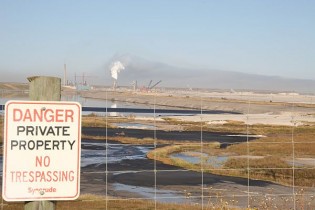 By Paul Weinberg
Many of the challenges faced by the Conservative government in its relations with Canada's aboriginal peoples may come to a head at the 200th birthday events for Sir John A. Macdonald, the country's first prime minister, set for Jan. 11, 2015.

By Paul Weinberg
Canada’s military buying binge under the current Conservative government has hit a financial brick wall in these austere times, but there is no nostalgic return in sight for Ottawa's once robust participation in United Nations-led peacekeeping missions.

By Paul Weinberg
Scepticism continues in Canada about why the national government abruptly cut off diplomatic relations with Iran earlier this month, although ties between the two states have been rocky since the 1979 Iranian Revolution.

By Paul Weinberg
Potential storms are on the horizon for much praised, regulated and privately-owned Canadian banks which survived the 2008 financial meltdown unscathed, unlike some of their larger counterparts in the United States.

By Paul Weinberg
Canada has flexed its military muscles, first in Afghanistan for nine years alongside NATO forces, and now in Libya in its supply of ships and combat planes for the rebel forces, but little debate has happened on the ground among Canadians themselves on this direction.

By Paul Weinberg
It was a highly disciplined campaign focused on the core base of Canadians, especially in greater Toronto, where a large number of citizens of recent immigrant origins helped to boost the Conservatives Monday to a comfortable parliamentary majority status of 167 seats out of a total 308.

By Paul Weinberg
The just-announced Canada-U.S. security perimetre discussions are comprehensive and potentially wide-ranging and could impact Canadian sovereignty. However, the domestic opposition appears to have been caught off-guard.

By Paul Weinberg
Six months after the chaos surrounding security and policing at June's G20 leaders' summit in Toronto, there is little agreement about where the buck should stop.

By Paul Weinberg
The corporate clout of the mining industry trumped political ideology in Canada when members of all political parties helped to narrowly defeat a bill late last month that would have imposed standards on Canadian mining companies operating in developing countries.

Lurching from One Disaster to the Next

By Paul Weinberg
The world is ill-prepared for the human toll from the expected increase in floods, droughts and extreme storms and hurricanes on the horizon.

By Paul Weinberg
Canada's parliament is so broken and dysfunctional that the country is in danger of becoming "the laughing stock" of the world.

By Paul Weinberg
Ottawa's refusal to repatriate a former child soldier, 23-year-old Omar Khadr, back to Canada to face justice in the country of his birth opens to the door to a trial before a controversial U.S. military commission process that has been challenged for its use of evidence gleaned from interrogation after torture.

By Paul Weinberg
Canadians appear unlikely to get the entire story behind their military's transfer of Afghans captured in war to Afghan government authorities and possible torture.
Next Page »
ADVERTISEMENT ADVERTISEMENT