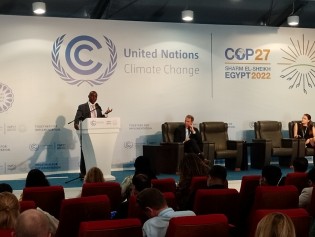 By Luis Brizuela
Standing in front of a blue flame on her stove, getting ready to brew coffee, Mayra Rojas says the biodigester built in the backyard of her home in western Cuba has become a key part of her daily life and a pillar of her family's well-being.
Next Page »