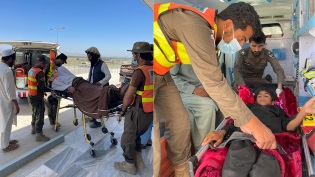 By Anas El Gomati
Libya was supposed to hold elections early this year. Instead, it now has two rival political administrations — a return of the divisions of the past.

By Baher Kamal
The panorama is bleak: hunger in the Arab region continues to rise, with more than 90% increase since 2000, while indebtedness is growing, and the economic recovery is tenuous and uneven.
Next Page »
ADVERTISEMENT ADVERTISEMENT