PARIS, May 11 2009 (IPS) - The food crisis in African states will not be solved by investment to spur agricultural production because the problem is not food output but poverty that is making food unaffordable for urban Africans. 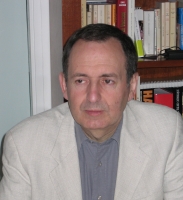 This is the argument of Gilles Saint-Martin, the head of international relations for the French Agricultural Research Centre for International Development, known by its French acronym CIRAD. CIRAD’s approach to sustainable development focuses on the long-term ecological, economic and social consequences of change in developing communities and countries.

Saint-Martin talks to Hilaire Avril about the dire need for investment in African agricultural research; the effects that the economic partnership agreements will have on food production; and whether the African Union should adopt its own Common Agricultural Policy (CAP).

IPS: You recently wrote that, despite last year’s food riots in many developing countries, ‘‘African agriculture is not disaster-stricken, and […] agricultural production has steadily increased across Africa since the 1960s, picking up even more speed since the 1980s.’’ How do you explain the food crisis currently affecting several African countries? Gilles Saint-Martin (GSM): First and foremost, the problem is poverty. Last year’s food riots were mainly urban crises, affecting city-dwellers who could not afford to buy basic food anymore. The problem is not agricultural output, which is sufficient, but poverty, which makes it unaffordable.

The solution to the crisis is to tackle both issues, that is, to increase agricultural production and to decrease poverty by fostering rural economic activity.

The problem is that, for several years now, the traditional solidarity system between the African countryside and the cities has been severely undermined by repeated crises and that it has now broken down. Therefore, city-dwellers bear the full brunt of rising food prices.

Several CIRAD studies show that agricultural production has significantly risen in several African countries. Cassava outputs in Central and West Africa, for instance, have increased. But the problem is that the demographic increase is faster.

We, at CIRAD, do not believe massive foreign investments will solve the problem of African food security. We’re still waiting to see what the outcome of investments such as those made in Senegal last year will be.

For the moment all the examples we’ve seen are geared towards ensuring food security for rich countries, which invest in agriculture for their own food security (and) not to share the production with the African country hosting the investment.

However, there are some under-reported but interesting initiatives – mainly in the Indian Ocean. Mauritius, for instance, which faces significant food supply challenges, says it would consider investing in countries with a high agricultural potential such as Mozambique, and sharing the production between investors, producers and the global market.

But, again, the main problem remains that of urban populations accessing affordable food. It’s going to get worse as migrants send fewer remittances back home to urban Africans because of the global economic downturn.

IPS: The African Development Bank, the International Fund for Agricultural Development and other organisations recently created an ‘‘Investment Fund for African Agriculture’’. Are such funds the solution to the food crisis? GSM: There is currently a trend towards increasing agricultural output rather than implementing regional policies that foster rural activity to help urban populations access affordable food while regulating prices on a regional level. What worries us is that, whether public or private, these funds’ position seems to be ‘‘let’s simply produce more, and we’ll all be fine’’.

IPS: How do you expect the proposed EPAs (the trade liberalisation deals that the European Union is pressing African, Caribbean and Pacific countries to sign) to affect this situation? GSM: We at CIRAD tend to think these agreements should be signed with caution. But many countries have signed them anyway, as they would otherwise have lost access to European markets.

Our partners in Cote d’Ivoire and Cameroon recently told us ‘‘if we hadn’t signed the agreement, we would not have been able to keep selling our bananas in the European Union’’. Several countries signed these agreements essentially under the pressure of producers’ associations, who were afraid they would lose access to markets.

I haven’t followed the latest developments but, as they were proposed two years ago, EPAs seemed based on an outmoded model.

IPS: What is CIRAD’s answer to the food crisis? GSM: We’re very preoccupied with innovation, which is a key element in solutions for the North as well as the South. CIRAD focuses on research, so we naturally invest in innovation, whether in urban or rural environments, to mitigate poverty and to enhance food security and a more efficient use of resources.

Our African research partners have been entirely de-structured by the (International Monetary Fund’s) structural adjustment policies in the 1980s and 90s. Most have still not recovered. We work mainly with young African scholars and researchers, but young recruits are scarce in Africa.

This is our main warning call. African research capacities need to be rebuilt, created or consolidated in order to foster innovations allowing us to cope with evolving societies, to preserve limited resources and to secure food supply.

Also, after several years of soul-searching, we have identified the development of the rural sector, by intensifying ecological production, as a priority. That means not relying on more fertilizers or herbicides, but optimising the use of ecosystems’ natural cycles and learning more about the way plants and soil work.

IPS: Should Africa adopt its own version of the European Union’s (EU) Common Agricultural Policy? GSM: Some versions of it already exist. In West Africa, the Economic Community of West African States and the West African Economic and Monetary Union have adopted regional agricultural policies which are not structured like the CAP but resemble it in that they harmonise national policies, including tariffs.

The Southern African Development Community and East African Community are also thinking of similar schemes. I think it’s unavoidable. Solutions can’t be found on a national level, they have to be regional.

The 2005 food crisis in Niger, for instance, was not a national but a regional emergency, which could have been solved if regional procedures had been put in place to share resources between Niger, Nigeria and Mali. This must be the priority for food security policies.

IPS: What role could Europe play in constructing these regional clusters? GSM: Europe’s organisational model for regional agriculture cannot be replicated but the EU could assist in setting up African region-wide systems.

But these regions’ agricultural products must also be protected, from time to time. The European CAP was built on these principles and still protects European farmers to some degree. The CAP so far focuses on markets, resources and consumer protection. In 2013, when the CAP is to be reformed, I think it should include food security as one of its main objectives.

European farmers, when you talk to them, are preoccupied by their production and purchasing power, of course. But they are also conscious of the food security problems the world faces. Incorporating world food security in the CAP’s objectives would be a positive evolution. It would help decompartmentalise the EU from global agriculture.