RIGHTS-GAMBIA: What Has Govt Got To Hide?

DAKAR, Jul 6 2009 (IPS) - Following a court appearance on Jul. 3, six of the seven Gambian journalists who were arrested and charged with sedition last month were again sent to Mile 2 Prison. 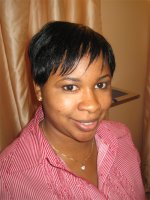 Ndey Tapha Sosseh: 'We will use the pages of our newspapers to condemn not only the statements of the president, but also the travesty of justice.' Credit: freedomnewspaper.com

The seventh journalist, Sarata Jabbi-Dibba, who is also the Vice President of the Gambia Press Union was granted bail in the sum of 200,000 Gambian dalasis – about $6,000 – to look after her six-month-old baby until the next court date on Jul. 8.

Their return to prison after earlier being released on jail followed the transfer of their case from the Magistrates court to the High Court of the Gambia. During Friday’s hearing, the State also added an additional charge of criminal defamation against the journalists.

In an interview with IPS, the President of the Gambia Press Union, Ndey Tapha Sosseh, condemned the decision of the High Court judge to remand the journalists to prison.

IPS: So what is your reaction to the ruling of the court that sent these journalists to prison? Ndey Tapha Sosseh: Well I consider this an insult to the dignity of the Gambian people; I consider it a travesty of justice. I think that the justice that presided over the hearing must be shamed because this is unacceptable…

And that’s what I find very provocative right now. Why would people not speak up?

Actually, let me not talk about the masses because I hear that there is a lot of public support for the journalists.

But there are institutions in the Gambia; their existence to me is not necessary right now! Because why would we have a Bar Association that would allow a High Court judge to sit there and make such decisions in the face of human rights, in the face of the Gambian people and not take any action?

Why would we have religious leaders who dare not stand up and speak out against what is happening in the Gambia right now?

IPS: What does this mean to the practice of independent journalism in the Gambia? NTS: It is indeed a setback. But for those of us who are true journalists, we will remain steadfast, we will remain truthful, and we will remain courageous because the only thing they can do right now is what has happened to Deyda Hydara.

IPS: When you assumed the presidency of the Gambia Press Union, you wanted to improve participation of women generally in the media. But with what is happening now, do you think women will be encouraged to join the journalism profession in the Gambia? NTS: This is definitely a setback for women's participation in the media. Because why would anybody want their daughter or sister or wife or a woman related to them to be harassed like the way Sarata is being harassed right now?

IPS: It doesn't seem as if the Gambian government is listening to the voices of concern. As the president of the Gambia Press Union, what will you do next to ensure that your colleagues are released and that the government respects the fundamental rights of journalists in the country? NTS: This is an interesting question because first and foremost we are journalists, and the only tool we have right now is our media outlets.

We will still use the pages of our newspapers; we will use any media outlet that is available to us to condemn what is happening right now not only the statements of the president but also the travesty of justice.

These arrests are unconstitutional. Why is the government so nervous about a free press? What has government got to hide?