INDIA: Waste to Energy Project Not So Green

NEW DELHI, May 11 2011 (IPS) - A waste-to-energy (WtE) project in the heart of the Indian capital run by a powerful industrial family is testing the enforceability of the country’s environmental and zoning laws. 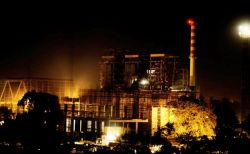 The WtE project, being promoted by Jindal Ecopolis—owned by the Jindal family that is close to the ruling Congress party—will, when fully operational, burn 4,000 tonnes a day of refuse derived fuel (RDF) made from municipal waste, to produce 20 megawatts of electricity.

Like many dirty industries rapidly coming up across the Indian landscape, Jindal’s WtE project may have gone unremarked, except that it is located in the Okhla area of South Delhi, reckoned as among the most affluent of India’s 604 districts and populated by people acutely aware of their rights.

Environmentalists say the plant has violated zoning regulations, the Delhi Master Plan, rulings by the Supreme Court and rules laid down by the Ministry of Environment and Forests (MoEF) and the Central Pollution Control Board (CPCB), a statutory body.

Ravi Agarwal, director of Toxics Link, a leading environment group specialising in solid waste management, said because the Jindal WtE project is the first plant of its type in India, it will serve as a model for other Indian cities to follow.

“This has serious implications for the future of the urban waste sector in this country,” he told IPS.

Even before Delhi State Chief Minister Sheila Dikshit laid the foundation stone for the plant in July 2010, residents of Okhla, which has a population of 1.5 million people, had filed public interest litigation in the Delhi High Court protesting several gross violations.

In published guidelines, titled “Management of Municipal Solid Waste,” the CPCB has specifically cautioned local bodies “Not to adopt expensive technologies of power generation, fuel pelletisation, incineration etc. until they are proven under Indian conditions by the Government of India (GoI) or expert agencies nominated by the GoI.”

After visiting the plant on Apr. 1, in response to mass rallies and protests by Okhla residents, MoEF minister Jairam Ramesh wrote to Dikshit pointing out two grave violations: the failure of the state government to hold adequate public consultations and Jindal Ecopolis’ failure to seek mandatory clearance from the CPCB.

“Regularisation of illegality is a peculiar Indian characteristic. First you make the law and then break the law,” Ramesh said, venting frustration while addressing a management conference in the capital last week.

“I am guilty of condoning many environmental violations,” Ramesh said with a candidness rare for an Indian minister.

In May, Ramesh’s ministry granted environmental clearances to such controversial projects as a 12-billion-dollar steel plant and port being built by the South Korean Pohang Steel Company in eastern Orissa state, and a nuclear power park in Jaitapur in western Maharashtra state under construction in a 15-billion-dollar deal with the French state-owned Areva.

Ramesh had earlier observed that Jindal’s WtE plant would be hard to stop or relocate because it was close to completion. But, under pressure from the Okhla community, he ordered a technical review by the CPCB and made the grant of an “operating license” conditional on the outcome.

To his credit, Ramesh allowed the residents to nominate two independent experts—Toxics Link’s Agarwal and another highly qualified technology consultant, Anant Trivedi—to participate in the technical review the CPCB conducted on Apr. 26.

Agarwal and Trivedi pointed out startling anomalies to the 23 expert participants of the review exercise, who included the chief of Jindal Ecopolis, Allard Nooyi, and Jurgen Porst from the German consultant Deutsche Gesellschaft für Internationale Zusammenarbeit (GIZ) which collaborates with the Indian environment ministry and advises it.

A presentation made by Nooyi was so elementary that it resulted in the CPCB chairman S.P. Gautam calling for “technical details rather than project outlines.” In a formal statement, the CPCB demanded that Jindal Ecopolis provide “realistic figures on quantities of residues and other waste streams generated and complete details of control facilities.”

GIZ representatives said that the disposal of fly ash and other residue needed to be studied, besides the impact of transportation of waste on the environment. They were also concerned that Jindal Ecopolis did not have a disaster management plan.

Agarwal said, “We pointed out that there was no baseline data on the use of WtE technology in India and that the Supreme Court had ruled in 2007 that only pilot projects on research and development mode can be allowed.”

“It became painfully clear that Jindal Ecopolis does not have technology clearance from CPCB, no valid environment impact assessment, and has never bothered to engage the community in public consultations as mandated by law,” Trivedi told IPS.

“From the project costing it was clear that Jindal has no viable plans to remove toxic pollutants and plans to discharge effluents into the already polluted Yamuna River,” he added. “The fact that the Asian Development Bank has dropped it from its Asia Pacific Carbon Fund speaks volumes for how green the project is.”

Trivedi said that with so many blatant violations it was hard to see how the environment ministry could grant the WtE plant an operating license unless additional investments worth millions of dollars are made by July, when it is due to be inaugurated.

“We expect to know shortly whether Ramesh’s ministry and the CPCB have turned into rubber stamps for patently illegal projects being pushed by powerful industrial lobbies, Indian or international,” Trivedi said.