BOOKS: A Global Empire, Yet a “United States of Fear”

MANAGUA, Nicaragua, Feb 7 2012 (IPS) - By the end of 2011, the United States had elite special operations forces in around 120 of the 192 countries recognised by the United Nations, with U.S. military bases in more than half of the world’s nation-states. 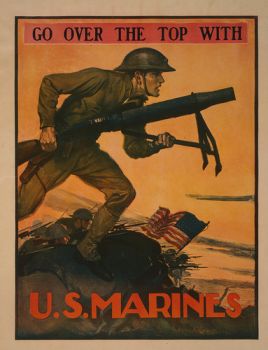 Yet despite this global empire – some would say because of it – the U.S. is a country today that is characterised not so much by peace and prosperity as by poverty and anxiety.

While the rhetoric of the political class in Washington boasts of fearlessness in the face of terror, the United States, writes author Tom Engelhardt in a new collection of essays, has become a nation ruled by fear, characterised by a cynical, institutional overreaction to the relatively minor threat that is international terrorism.

The country that proudly claims to have defeated an evil empire now spends billions of dollars to prevent so much as a perception of risk, looking more and more like its one-time superpower rival.

Politicians from both major parties, aided by the generals, military contractors and corporate media outlets that stand to benefit from a militarised, militarist U.S., speak of bravery and resolve in but two contexts: with respect to their millions of unemployed subjects – keep your chin up, kid! – and when rhetorically confronting the endless series of hobgoblins, most of them imaginary, they use to sell a bellicose foreign policy of endless war.

For more than a decade, Engelhardt has opined on his website TomDispatch.com, launched in the wake of the Sep. 11 terrorist attacks, about the country’s oddly unreflective imperial hubris in an engaging, conversational style that evokes the image of a crackling fireplace on a cold winter’s day, a cup of Earl Grey – or a bourbon on the rocks, depending on the day’s news – resting at the author’s side.

Throughout “The United States of Fear”, a collection of Engelhardt’s essays since Barack Obama’s campaign of hope and change became an administration of human rights violations and continuity, two themes pop up again and again: the “do unto others as you would never have them do unto you” nature of U.S. foreign policy – when a Pakistani opposes state-sponsored terrorism in their country, they are being irrational, possibly malicious; when an American opposes state- spurred blowback in their country, they are just being patriotic – and the close, oft-ignored relationship between Washington’s foreign policy and the state of life back home.

It’s no coincidence, Engelhardt observes, that at a time when politicians in Washington are spending on the military almost as much as what the rest of the world pays combined – accounting for half of the average citizen’s income tax – state governments are slashing services and federal social programmes are being put on the chopping block, Wall Street all the while making a record-breaking killing fueled by its investments in the U.S. war-making machine.

“(T)his is not just a domestic crisis,” Engelhardt writes, “but part of imperial decline.” And yet, “in our deluded state, Americans don’t tend to connect what we’re doing to others abroad and what we’re doing to ourselves at home,” even as their experience at the airport more and more comes to resemble a checkpoint outside Kabul.

Even activists involved in the Occupy Wall Street movement have generally treated foreign policy – the occupation of Afghanistan, military aid to Egypt and Israel, the global garrison of U.S. military bases – as just something to tack on to the end of a mission statement, not a core and economic issue around which to mobilise.

Indeed, says Engelhardt, “We refuse to see that the more than one trillion dollars that continue to go into the Pentagon, the U.S. Intelligence Community, and the national security state yearly, as well as the stalemated or losing wars Washington insists on fighting in distant lands, have anything to do with the near collapse of the American economy, job devastation at home, or any of the other disasters of our age.”

In part, this is because militarism is a core American value these days, the oddity of soldiers selling Budweiser or a military contractor sponsoring a college football “Military Bowl” so banally commonplace they’re accepted as normal, unremarkable. Left or right, membership in the armed forces is treated as the pinnacle achievement of the modern citizen.

Nick Kristof, a reliably centre-left voice on the New York Times Op- Ed page, has even called the U.S. military a model for the country as a whole – and a progressive one, at that.

“You see, when our armed forces are not firing missiles, they live by an astonishingly liberal ethos,” wrote Kristof, whistling past that whole messy killing part of military service, as well as its illiberal characteristics like hierarchy and rape culture, in favour of feel-good heroising. “In Afghanistan, for example” – the country bombed and militarily occupied by the U.S. military for going on a decade now – “soldiers sometimes dig into their own pockets to help provide supplies for local schools.”

Presidents likewise begin nearly every major national address these days with the same paeans to the military, complete with the usual platitudes about the glory of killing and potentially being killed on behalf of the U.S.’s unusually bloody brand of Freedom. In his January State of the Union address, President Obama declared the armed forces a “testament” to American values and the sort of “courage, selflessness and teamwork” that the rest of the nation would do well to emulate.

In that sense, with its Sparta-like praise of martial values, the U.S. in 2012 is a lot different a country than the one Engelhardt remembers from his youth. No, the U.S. military was still wreaking tremendous violence abroad; the 1959 French film “Hiroshima Mon Amour”, named after the Japanese city bombed with an atomic weapon during World War II, helped turn him antiwar, and Lyndon Johnson’s escalation of the war in Vietnam helped dispel Engelhardt of his rosy view of politics and politicians’ ability and desire to affect positive social change.

But before the collapse of the Soviet Union, the U.S. ruling establishment – the members of which increasingly resemble their old foes in the politburo – at least had, if not an actual existential threat, a decent boogeyman: another superpower with the technical capacity to destroy life on Earth.

A ragtag band of terrorists who, since 9/11, have been able to pull off little more than the burning of a would-be bomber’s crotch? Not quite as impressive.

And yet the United States is more afraid – and more openly militaristic, in popular culture, political rhetoric and policy – than perhaps even during the height of the Cold War.

For decades, U.S. citizens have been told their nation is exceptional, “indispensable”, chosen by the Creator to lead the world toward freedom, or at least a McDonald’s and market-based reforms.

While less exciting to would-be war presidents and military planners – and to their hangers on at think tanks and corporate media outlets – Engelhardt’s essays reflect his longing to live in a more normal country, one more reliant on the force of its example than the force that comes out of the barrel of a gun. Presumably much of the world, those in Iraq and Afghanistan especially, longs for that day too.