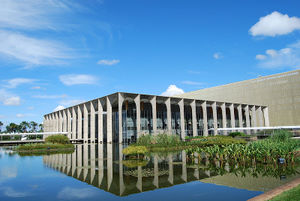 It is the age-old concept of “teaching people to fish rather than giving them fish,” he summed up.