HAVANA, Mar 13 2012 (IPS) - Thirteen hurricanes, three of which had a major impact on housing; increased access to goods and services; and the start of the so-called “updating” of the country’s economic and social policies are a few of the aspects that make Cuba different from what it was a decade ago. 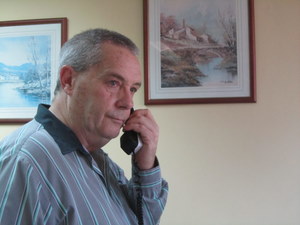 Amid preparations for the new census, Juan Carlos Alfonso, director of the Centre for the Study of Population and Development, attached to the National Statistics and Information Office (ONEI), talked to IPS about expectations and controversies surrounding the 2012 Population and Housing Census, to be conducted in September.

The expert, who has more than 35 years of professional experience, comes up every day against opinions and anecdotes that attempt to describe things in the country by generalising on the basis of local or personal experiences.

“What occurs in my home, or my apartment building, is not what occurs all over the country. The reality is very diverse; you can’t extrapolate,” he said.

Q: What new information can the 2012 census reveal? A: All information provided by the census is new. In addition to examining the evolution of a number of general indicators – sex, age, educational level, marital status and others – it will supply more in-depth information on issues such as internal migration, access to postgraduate education, water – availability and consumption – and housing, including the physical structure and inhabitants.

Coordinated by a national commission led by Marino Murillo, vice president of the Council of Ministers, and implemented by the ONEI, Cuba’s Population and Housing Census takes into account the recommendations by competent United Nations agencies, adapting them to the country’s specific conditions.

With the exception of some remote areas, the census will be conducted by volunteers, comprising students and professors from post-secondary technical schools and universities. All information will be processed on computers and the final results should be ready by mid-2013.

In Latin America and the Caribbean, censuses will be conducted this year in Chile, Guatemala, Honduras and Guyana, along with Cuba. Haiti will carry out a census in 2013.


In addition, improvements have been made to how information is collected about the economic characteristics of the population: whether or not you work, what you do, whether you are a public employee or self-employed, how you go back and forth to work, etc.

This census is being carried out after the Sixth Congress of the Communist Party of Cuba in April 2011 approved new economic and social policy guidelines, and it will help to assess this process.

In some cases, it will have nothing to contribute, but it will nonetheless provide valuable information about the impact of social and economic policies on the population; the characteristics of the population, housing and other information.

Q: Will it be useful for assessing the real state of housing, following the impact of the 2008 hurricanes? A: Cuba received a truly severe impact. Since the previous census, in September 2002, 13 hurricanes have hit the island, including three devastating ones in 2008. At the same time, much has been built over these years, not just by the government but also by the population.

However, everybody extrapolates from their own experience: in one part of Havana, 20 people might be living together in one home, but that is not the situation in other parts of the country.

In the case of housing, especially in cities and rural areas that are close to cities, an expansion has been noted. In fact, between 2002 and 2012, housing growth may have outstripped population growth; Cuba has had very low fertility rates since 1978. I am not talking about distribution or urban planning quality, such as access to water and sewage services or paved streets.

Q: Civil society actors criticised the findings of the last census, saying that the real proportion of black and mixed-race people is larger than what was registered. Could there be a big difference between the reality and the census results? A: In Cuba we do not count ethnicity or race, but skin colour. The first known population register dates back to 1774. Since then, until the last one in 2002, all 18 censuses have counted skin colour.

At some point, this issue was addressed as race or racial structures – in 19th century censuses, and during the republican period – but it has always been done based on skin colour, because the concept of race is very complex from the perspective of its anthropological and genetic measurement.

The census takers receive training in marking the box to show whether the person in front of them is white, mixed-race or black. Obviously, this can be biased, just like the answers that people give; there are also those who say they are younger, and those who say they are older. In a census, all information is obtained from people’s personal statements.

However, the reality is that in the last 40 years, skin colour has been counted more than 35 times in different surveys and studies. All of the findings coincide: 64-65 percent of the population has white skin; 24, 25 or 26 percent are mixed; and 10 percent have black skin. The tendency indicates an increase in the mixed-race population, and a decrease in the black and white populations.

Now, their distribution throughout the country varies, as does the idea that people have about their surroundings.

Suffice it to observe the public that fills the baseball stadium in Santa Clara (a central city with a mostly-white population) and in Santiago de Cuba (an eastern province with a large black population). Municipalities on the outskirts of the capital also have large concentrations of black and mixed-race populations.

All of this is counted with transparency and rigour, because skin colour is an important indicator linked with social, economic and labour differences.

Q: Some have raised the possibility of collecting data on sexual diversity, in the census. Is it possible that aspect may be included? A: This is a request we received from the National Centre for Sex Education (CENESEX), after a trial run of the census had already been carried out. It is a very socially important issue, but we are talking about a question that has not been prepared or tested.

We should not forget that the census is conducted by volunteers, most of them young students, who have not been trained to handle such a sensitive issue. Furthermore, many non-heterosexual individuals have not revealed their sexual orientation to their families.

In short, we believe that this data should be obtained in a different type of study, using individual interviews, which will guarantee privacy, ethics and respect. The census is not for that; it is for describing broader issues. If there is a desire to study one of these issues in depth, it can be done using surveys and studies, and that was our response to CENESEX.

Q: Every time there is a study of this type, questions come up about how information that could go beyond certain legal boundaries will be used. Does Cuba guarantee the anonymous character of the information? A: The information obtained by the census is for counting and producing statistical summaries and information; that is established by decree. The census does not give or take away legality, nor does it have any negative influence on people. It is based on personal statements and is totally anonymous. Once the questionnaires are processed, the individuals surveyed become numbers.