Q&A: Prevention Is the Best Cure for Gender Violence

UNITED NATIONS, Mar 9 2012 (IPS) - As many as seven in 10 women in the world report experiencing physical and/or sexual violence at some point in their lifetime, leaving a devastating aftermath for individuals, communities and nations. 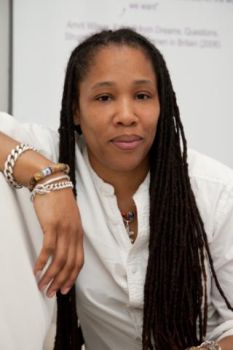 Despite stepped up efforts, support services are of limited scope and quality, and often depend where in the world you live.

Access can be especially problematic for women in rural and remote areas, or women belonging to excluded groups or ethnic minorities, indigenous and migrant women, adolescent girls, and those with disabilities or living with HIV/AIDS, among others.

But a growing number of countries are intensifying their efforts to prevent and address violence against women. It is now clearly recognised that a systematic, comprehensive, multi-sectoral and sustained approach is necessary to address both the symptoms and roots of the problem.

Marai Larasi is the director of Imkaan, a UK-based organisation dedicated to challenging violence against black, minorities and refugee women and girls. She is also the co-chair of the countrywide End Violence against Women Coalition.

She took part in the 56th session of the U.N. Commission on the Status of Women (CSW), which concluded here Friday. Larasi’s work focuses on strategic advocacy and policy development, and her organisation also works on the challenges associated with the prevention of violence against women and girls.

IPS Correspondent Mathilde Bagneres spoke with Larasi about what has been accomplished, and the challenges that lie ahead.

However, this has not been matched with a systematic approach to prevention. Whilst the government has run awareness-raising campaigns that have been targeted at teenagers, and these have been largely welcomed, there is not a centralised approach to primary prevention in schools.

This, despite a growing consensus that schools are important sites, which support the development of constructive and positive attitudes and behaviours.

In many states, primary prevention has been led by grassroots organisations. Projects have tended to emerge in an ad hoc way and are often restricted by lack of resources and a lack of a supportive policy landscape. This is often creative, innovative and valuable work, which has made a real difference but which is limited in reach.

Q: What are the key areas where new and concrete policy measures and interventions are necessary to strengthen support services for women victims/survivors of violence and primary prevention? A: It is essential that a comprehensive, integrated approach to gender equality, the prevention of VAWG and the provision of support to victims is developed across states.

Such an approach would ensure for example that VAWG is addressed strategically and operationally across all areas of government, including areas such as health, criminal justice, housing and education

It would also ensure that work to address VAWG includes both prevention and support. It is essential that resources for survivors are not diverted into prevention work. What is needed instead is investment in both areas of work.

The expertise – with respect to prevention, support and protection – which has been developed largely in the specialist women’s-led NGO sector is supported, also has to be sustained and replicated.

Such an approach could also ensure that specialist, and women-led independent services for survivors are supported. Schools would also be able to adopt a ‘whole school approach’ to the promotion of gender equality and the prevention of VAWG.

A comprehensive approach would ensure that there is investment in, and facilitation of community mobilisation and also that marginalised groups are supported to provide leadership and to participate equally across all programme areas. Also the sexualisation of girls and women in media, advertising and popular culture would have to be addressed systematically.

Then there is still a lack of funding for prevention work – this includes all areas of prevention. The focus of VAWG work, particularly given limited resources, has necessarily focussed on support for survivors. New investment is needed which supports primary prevention.

There is also a lack of investment in research and monitoring – resulting in a lack of robust body of evidence which demonstrates the effectiveness of the various approaches to prevention.

Another major challenge is the issue of shifting landscapes – with the emergence of phenomena such as new technology, shifting cultural attitudes and social media, practitioners face different challenges.

For example, work to prevent and address sexual exploitation now often has to take into account how mobile phones, chat sites and social networking spaces are utilised as part of the grooming / exploitation process.

For example, one school programme led by the Ashiana Project in London, which worked to prevent forced marriage, cost only 31,000 pounds and resulted in 95 percent of girls feeling more confident about forming healthy relationships.

The programme also prevented a number of forced marriages from taking place, while delivering a range of other positive outcomes for students and staff.

Work in communities helps to facilitate change, leadership and community ownership of programmes. Uganda-based Raising Voices has been widely recognised as a leader in primary prevention work, using a multi-layered approach which includes raising awareness and action integration to ensure effective community mobilisation.

Work which engages men and boys in challenging attitudes, and preventing VAWG, provides men with the opportunity to take responsibility for addressing VAWG. The award-winning Bell Bajao project provides an excellent example of such engagement.