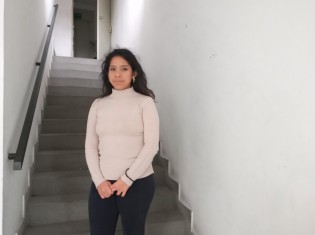 By Thalif Deen
Since the 1966 International Covenant on Economic, Social and Cultural Rights, the United Nations has consistently maintained that family planning is a basic human right to be exercised by all - not just the wealthy and otherwise privileged.

By Raúl Pierri
The Uruguayan Congress passed a law Wednesday decriminalising abortion, making it one of the few countries in the region where abortion is allowed in cases other than rape, incest, malformation of the fetus or danger to the mother’s life. But activists who backed the bill are not pleased with modifications introduced in the final version.

By Feizal Samath
Sri Lanka has long enjoyed a low 0.1 percent HIV prevalence but, as the number of fresh infections rises steadily, experts are calling for a change in the country's archaic laws that make sex work illegal and criminalises homosexual activity.

By Helen Clark
Conservative attitudes toward women die hard in Vietnam, as seen in the country’s worsening sex ratio at birth (SRB). Yet, social mores have relaxed sufficiently for women to tune in to late night TV talk shows to learn about the acceptability of one-night stands.

By Naresh Newar
Almost unnoticed, Nepal’s burgeoning adult entertainment industry has been drawing young girls away from being trafficked across the border to the fleshpots of India’s big cities.
Next Page »
ADVERTISEMENT ADVERTISEMENT