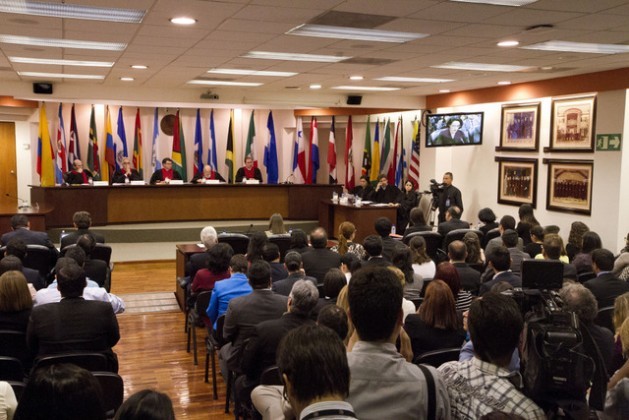 SAN JOSE, Sep 15 2015 (IPS) - After banning in vitro fertilisation for 15 years and failing to comply with an Inter-American Court of Human Rights ruling for nearly three years, Costa Rica will finally once again allow the procedure for couples and women on their own.

On Sept. 10, centre-left President Luis Guillermo Solís issued a decree ordering compliance with the Inter-American Court’s 2012 verdict against the ban fomented by conservative sectors. The president ordered that measures be taken to overcome judicial and legislative barriers erected against compliance with the Court judgment.

“This was discriminatory,” lawyer Hubert May, the representative of several of the 12 couples who brought the legal action against the ban before the Court, told IPS. “The ban only affected those who couldn’t afford to carry out the procedure abroad, or those who weren’t willing to mortgage their homes or take out loans to fulfill their longing (for a child of their own).”

In November 2012, the Court ruled that the ban on in vitro fertilisation (IVF) violated the rights to privacy, liberty, personal integrity and sexual health, the right to form a family, the right to be free from discrimination, and the right to have access to technological progress. It gave Costa Rica six months to legalise the procedure.

May said the decree “solves the problem of discrimination” by paving the way for the social security institute, the CCSS, to provide IVF as part of its regular health services.

IVF is a reproductive technology in which an egg is removed from a woman and joined with a sperm cell from a man in a test tube (in vitro). The resulting embryo is implanted in the woman’s uterus.

In its 2012 ruling, the Court stated that Costa Rica was the only country in the world to expressly outlaw IVF, a measure that directly affected local women and couples. In Latin America the procedure was first used in 1984, in Argentina.

One of the women affected by the ban was Gretel Artavia Murillo, who with her then husband ran up debt in an attempt to have a baby in the late 1990s.

Her now ex-husband, Miguel Mejías, declared before the Court that he had mortgaged his home and spent all his savings for the couple to undergo in vitro fertilisation in Costa Rica, but before they were able to do so, the practice was declared illegal.

IVF was first regulated in Costa Rica in 1995, but was banned in March 2000 by the constitutional chamber of the Supreme Court.

Five of the seven magistrates on the constitutional chamber argued that the law violated the right to life, which began “at conception, when a person is already a person…a living being, with the right to be protected by the legal system.” 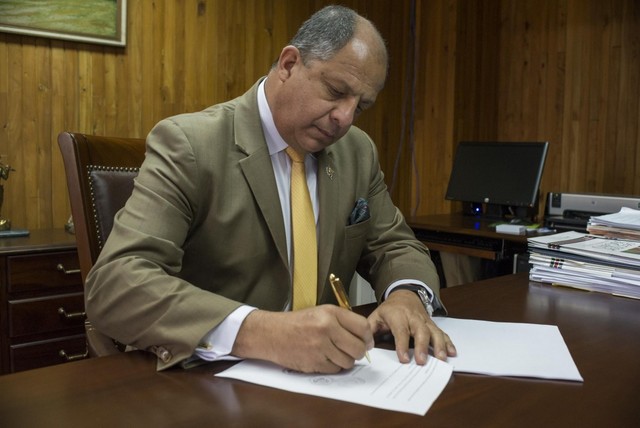 A year later, the Court, which is based in the Costa Rican capital, San José, and whose rulings cannot be appealed and are theoretically binding, handed down its verdict.

“The constitutional chamber’s view was not shared by the Court, which considered that protection of life began with the implantation of a fertilised egg in the uterus,” said May.

May and other experts on the case said the position taken by Costa Rica’s highest court responded to the extremely conservative views of the leadership of the Catholic Church, and of other Christian faiths with growing influence in the country.

This Central American nation of 4.7 million people considers itself a standard-bearer of human rights in international forums. But the question of IVF tarnished that image when the conservative sectors took up opposition to it as a cause.

The debate in the legislature on a law to regulate IVF stalled for over two years, due to resistance by evangelical and conservative lawmakers.

In a Sep. 3 public hearing by the Court on compliance with the 2012 ruling, the executive branch said it planned to regulate the procedure by means of a decree, which civil society organisations saw as a reasonable solution to the stalemate over the new law.

“We know that in the legislature there is no way to forge ahead on key issues, such as practically anything to do with sexual and reproductive rights,” Larissa Arroyo, a lawyer who specialises in these rights, told IPS.

Arroyo pointed out that with regard to an issue like IVF, time is of the essence, given that a woman’s childbearing years are limited. She noted that “almost all of the victims lost their chance” to have children using the technique.

In the week between the public hearing and the signing of the presidential decree, the government consulted Costa Rica’s College of Physicians and the CCSS. While both backed the decree, the CCSS clarified that it preferred a law and warned that it would need additional funding, because each fertility treatment costs around 40,000 dollars.

The decree limits the number of fertilised eggs to be implanted to two.

In the same week, the legislative debate became further bogged down. While one group of legislators tried to expedite approval of the law to regulate IVF, another group continued to oppose the procedure as an attack on human life at its origin, likening it to the Jewish holocaust.

Given that outlook and the impasse in the legislature, organisations like the Centre for Justice and International Law (CEJIL) celebrated the decree which offers “universal access” to IVF and “respect for the principle of equality.”

However, CEJIL programme director for Central America and Mexico Marcia Aguiluz recommended waiting until IVF is actually being implemented.

“The decree lives up to the requirements, but it is just a first step,” said Aguiluz, who is from Costa Rica. “Until the practice starts being carried out, we can’t say there has been compliance.”

Lawyers for the presidency said the decree is equipped to withstand legal challenges.

The 2012 ruling is the second handed down against Costa Rica in the history of the Court. The previous one was in 2004, when the Court found that the conviction of journalist Mauricio Herrera by a Costa Rican court on charges of defamation of a diplomat violated free speech, and ordered that the country enact new legislation on freedom of expression.