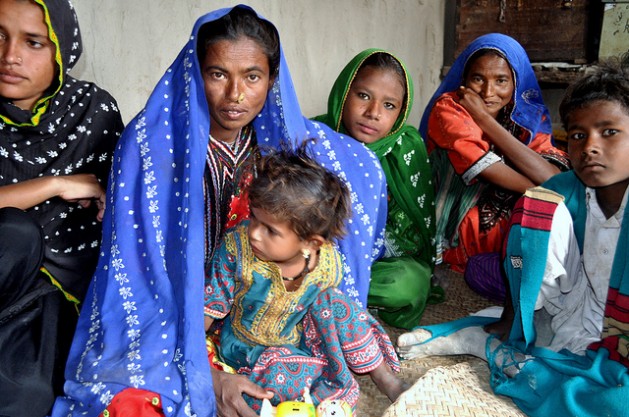 UNITED NATIONS, Sep 19 2014 (IPS) - The U.N.’s post-2015 development agenda has been described as the most far-reaching and comprehensive development-related endeavour ever undertaken by the world body.

But where does population, family planning and sexual and reproductive health rights (SRHR) fit into the proposed 17 Sustainable Development Goals (SDGs), which are an integral part of that development agenda?

"We must continue to fight until every individual, everywhere on this planet, is given the opportunity to live a healthy and sexual reproductive life." -- Purnima Mane, head of Pathfinder International

Of the 17, Goal 3 is aimed at “ensuring healthy lives and promoting well-being for all at all ages,” while Goal 5 calls for gender equality and the “empowerment of all women and girls.”

But when the General Assembly adopts the final list of SDGs in September 2015, how many of the proposed goals will survive and how many will fall by the wayside?

Meanwhile, SRHR will also be a key item on the agenda of a special session of the General Assembly next week commemorating the 20-year-old Programme of Action (PoA) adopted at the landmark International Conference on Population and Development (ICPD) in Cairo in 1994.

In an interview with IPS, Dr. Babatunde Osotimehin, executive director of the U.N. Population Fund (UNFPA) said, “Twenty years ago, we were able to secure commitments from governments on various aspects of poverty reduction, but more importantly the empowerment of women and girs and young people, including their reproductive rights.

“But the battle is not over,” he said.

Purnima Mane, president and chief executive officer of Pathfinder International, told IPS, “We are delighted the final set of [proposed] SDGs contains four critical targets on SRHR: three under the health goal and one under the gender goal.”

The inclusion of a commitment to universal access to sexual and reproductive health care services, including family planning, information and education, and the integration of reproductive health into national strategies and programmes, is necessary and long overdue, she said.

“But we have not reached the finish line yet,” cautioned Mane, who oversees an annual budget of over 100 million dollars for sexual and reproductive health programmes in more than 20 developing countries.

The SDGs still need to be adopted by the General Assembly, “and we must all continue to raise our voices to ensure these SRHR targets are intact when the final version is approved,” she added.

Mane said civil society is disappointed these targets are not as ambitious or rights-based as they should be.

“And translating the written commitment into actionable steps remains a major challenge and is frequently met with resistance. We must retain our focus on these issues,” she said.

Sivananthi Thanenthiran, executive director of the Malaysia-based Asian-Pacific Resource & Research Centre for Women (ARROW) working across 17 countries in the region, told IPS it is ideal to have SRHR captured both under the gender goal as well as the health goal.

The advantages of being part of the gender goal is that the rights aspects can be more strategically addressed – because this is the area where universal commitment has been lagging – the issues of early marriage, gender-based violence, harmful practices – all of which have an impact on the sexual and reproductive health of women, she pointed out.

“The advantages of being part of the health goal is that interventions to reduce maternal mortality, increase access to contraception, reduce sexually transmitted diseases, including HIV/AIDS, are part and parcel of sound national health policies,” Thanenthiran said.

It would be useful for governments to learn from the Millennium Development Goals (MDGs) process and ensure that the new goals are not implemented in silos, she added. “Public health concerns should be addressed with a clear gender and rights framework.”

Maria Jose Alcala, director of the secretariat of the High-Level Task Force for ICPD, told IPS what so many governments and stakeholders around the world called for throughout the negotiations was simply to affirm all human rights for all individuals – and that includes SRHR.

The international community has an historic opportunity– and obligation — to move the global agenda forward, and go beyond just reaffirming agreements of 20 years ago as if the world hasn’t changed,and as if knowledge and society hasn’t evolved, she noted.

“We know, based on ample research and evidence, based on the experiences of countries around the world, as well as just plain common sense, that we will never achieve poverty eradication, equality, social justice, and sustainable development if these fundamental human rights and freedoms are sidelined or traded-off in U.N. negotiations,” Jose Alcala said.

Sexual and reproductive health and rights are a must and prerequisite for the post-2015 agenda “if we are to really leave nobody behind this time around,” she declared.

Mane told IPS, “As the head of Pathfinder, I will actively, passionately, and strongly advocate for SRHR and family planning to be recognised and aggressively pursued in the post-2015 development agenda.”

She said access to SRHR is a fundamental human right. “We must continue to fight until every individual, everywhere on this planet, is given the opportunity to live a healthy and sexual reproductive life. ”

Asked about the successes and failures of ICPD, Thanenthiran told IPS there is a need to recognise the progress so far: maternal mortality ratios and infant mortality rates have decreased, access to contraception has improved and life expectancy increased.

However, much remains to be accomplished, she added. “It is apparent from all recent reports and data that SRHR issues worldwide are issues of socio-economic inequality.”

In every country in the world, she noted, women who are poorer, less educated, or belong to marginalised groups (indigenous, disabled, ethnic minorities) suffer from undesirable sexual and reproductive health outcomes.

Compared to their better educated and wealthier sister citizens, these women and girls are more likely to have less access to contraception, have pregnancies at younger ages, have more frequent pregnancies, have more unintended pregnancies, be less able to protect themselves from HIV and other sexual transmitted diseases, suffer from poor maternal health, die in childbirth and suffer from fistula and uterine prolapse.

Hence the sexual and reproductive health and rights agenda is also the equality agenda of this century, she added.

“Governments must commit to reducing these inequalities and carry these learnings from ICPD at 20 into the post-2015 development agenda,” Thanenthiran said.