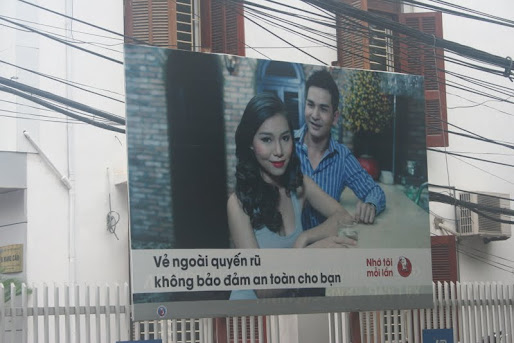 HANOI, Vietnam, Jul 15 2012 (IPS) - Conservative attitudes toward women die hard in Vietnam, as seen in the country’s worsening sex ratio at birth (SRB). Yet, social mores have relaxed sufficiently for women to tune in to late night TV talk shows to learn about the acceptability of one-night stands.

For city girls at least, this represents a radical swing away from a culture where sex before marriage is taboo and sex within marriage a “mission”, as one women’s magazine editor put it.

Yet, in this ‘Year of the Dragon’, considered auspicious to beget male children, there is concern that the SRB may widen further, with more couples than usual resorting to illegal sex-selective abortions.

Deputy health minister Nguyen Viet Tien said recently that Vietnam’s SRB stands at 112:100 (boys to girls) and is still climbing. In the northern Hung Yen province, it is as high as 131:100 said Tien, with one commune in the province recording a hugely distorted 257:100 ratio.

Sex-selective abortions are common after the second or third pregnancies. Vietnam has a two-child policy and, although it is not as strictly enforced as in China, government officials and others are liable to sanctions or fines if they cross the limit.

Vietnam’s national gender strategies are ‘progressive’ and generally in line with the United Nation’s millennium development goals for gender equality.

The main legislative body, the National Assembly, has 24.4 percent female representation for the 2011 – 2016 period. On the other hand, there are only two women in the 22-member cabinet and one woman in the 14-person communist party politburo.

According to TV producer Bui Thi Huyen Nga, career women are the main demographic of the talk show she produces, the ‘The Late Night Show’ that appears twice a week on the government-owned VTV3 channel. It features discussions about sex outside marriage and casual relationships.

“Most Vietnamese say a ‘party girl’ is a bad girl. But we (the TV show’s demographic) think it’s normal. After a stressful week she wants release and goes to the bar and makes friends,” she told IPS.

“Almost all Vietnamese think sex is too taboo  a subject so we shouldn’t talk about it. Vietnamese women want to have fun, that’s all. We think it’s normal in modern life,” she added.

Le Hoang, anchor on the show – and well-known filmmaker, author and columnist – is regarded as divisive and blunt. Recently he made ‘Hot Boy Noi Loan’, a hit film about a rent boy (gay prostitute) in Saigon that was released nationally with few cuts and shown  to overseas audiences too.

Ten years ago, he made ‘Bar Girl’ about dancers and hostesses in Ho Chi Minh City (HCMC) about girls regarded as “bad”.

“However, most are from the poor rural areas who come to the city in the hope of making more money. We should understand about those kinds of girl because they’re just victims,” he tells IPS.

But he sees a big difference in the way city girls can, and do, behave and their countryside counterparts. “The girl who lives in the city has a lot more freedom in sex,” he says. “Countryside girls have fewer options and they choose (make decisions) far too quickly.”

Hoang points to the number of Vietnamese girls who marry older Korean, Chinese or Taiwanese men after brief interviews in the hope of a better life.

Despite the leaps that Vietnam has made out of poverty, “you cannot believe the figures. Seventy percent of people are still farmers. And farmers have very little money.”

Anubha Gupta, a qualitative researcher with the market research company Cimigo based in HCMC, has spent six years studying numerous subjects in Vietnam, including attitudes to sex and contraception. She thinks Vietnam is like other developing, still-patriarchal societies.

But she believes that Vietnam is also changing fast and may soon overtake much of the region and South Asia in terms of equality.

“If you look at other aspects (of gender relations), socially or in a working environment, you don’t see disrespect. Men and women can talk to each other without problems,” she tells IPS.

Of sex and contraception, “there’s a lot of social… almost stigma” but though women may be afraid of rude comments when buying the morning after pill, it is freely and easily available.

Not everyone agrees. My Linh, 23, a Korean language student at the HCMC University of Science and Humanities, says that though she thinks more sex articles in women’s magazines is a good idea, she is against sex before marriage – at least for herself.

“Firstly Vietnamese society doesn’t support this idea. Most men want to have sex with their girlfriends but they also want to marry a virgin.”

Hoang tells in halting English: “In western culture it’s (living together) ok. In Vietnam…in the city it’s ok. In rural areas it’s not.”

My Linh thinks women who live with their boyfriends should be careful since a breakup might make marriage with someone else difficult. “It’s very hard to make the men think different.”