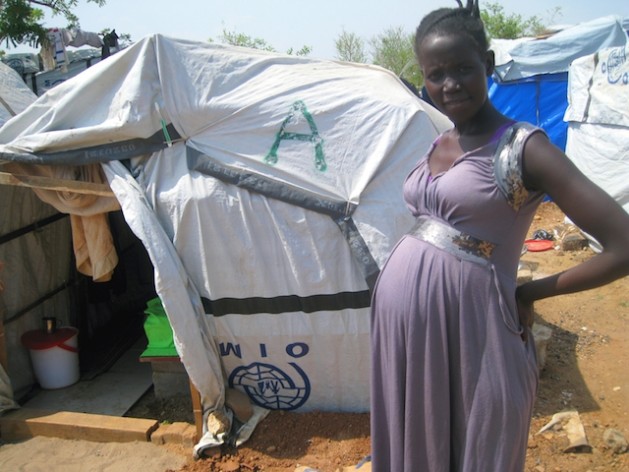 JUBA, May 19 2014 (IPS) - As with many conflicts and other humanitarian emergencies around the world, those who suffer the most are women, young girls and children. The current terrible crisis in South Sudan is no exception.

When I visited the country recently, I met women and girls, some with babies strapped on their backs, living in very poor conditions in protection camps within United Nations bases in the capital city of Juba. Walking through the camps, I also met young people, many of whom are now seeing their dreams of a better life being shattered by the violent conflict.

Many shared their stories freely with me. What is clear is that the jubilant songs sung during the country’s independence only a few years ago have now been replaced by the voices of agony and anguish of families torn apart by the violence as well as the protracted political crisis since the early 1990s.

In a report released on May, 8 the U.N. Mission in South Sudan (UNMISS) noted that the “conflict has exacerbated the vulnerability of women and children in South Sudan to sexual violence.”  Sexual and gender-based violence is not new in South Sudan – but the scale has been exponential due to the conflict and the absence of protection for the most vulnerable, who are women and children. We all know that cases of gender-based violence are under-reported during times of peace, and much more so in conflict situations. Yet even one case of sexual violence is one too many.

In far flung camps, there are reports of rapists targeting women and girls as they attempt to fetch firewood, look for food or fetch water for their families. Some have been killed as a result and many are too afraid to report their violation.

Worse still, the ability of survivors of sexual violence to receive services during the precarious situation has severely diminished. Consequently, most incidents of sexual violence could not be reported to health actors, nor documented or verified through medical reports, says the UNMISS report.

And that is not all. Humanitarian crises are reproductive health disasters, especially because pregnancy-related deaths tend to soar during this period. 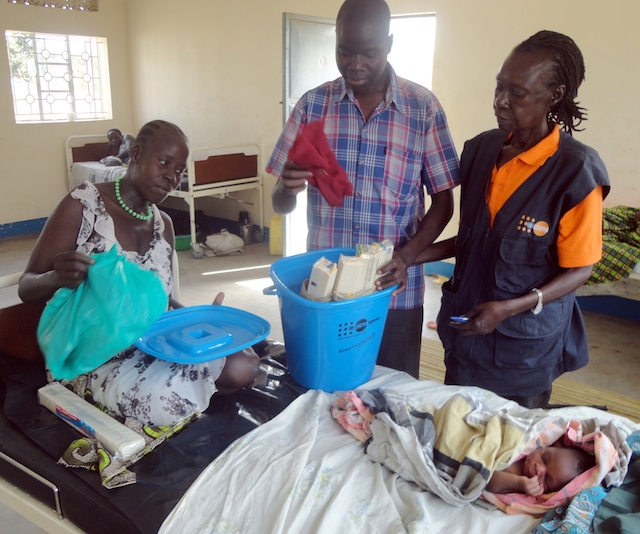 South Sudan has the world’s worst maternal mortality ratio of 2,054 deaths per 100,000 live births.  Prior to the crisis, the country’s fertility rate was nearly seven children per woman. It is estimated that 80,000 pregnant women living in affected areas (and thus 2,800 births every month) will require care by the end of December 2014.

All parties to the conflict have committed acts of rape and other forms of sexual violence against women of different ethnic groups. Credible information suggests that sexual violence took place in connection with the occurrence of human rights and humanitarian law violations before, during, and after heavy fighting, shelling, looting, and house searches.

Women of nationalities of neighbouring countries were also targeted. The forms of sexual violence used during the conflict include rape, sometimes with an object (guns or bullets), gang-rape, abduction and sexual slavery, and forced abortion. In some instances, women’s bodies were mutilated and, in at least one instance, women were forced to go outside of their homes naked.
Source: UNMISS

Furthermore, an estimated 12,000 women will likely experience complications and require care, while 4,000 births are likely to require emergency Caesarean sections. Without adequate care, this number could increase considerably.

As a result of the crisis, two thirds of the health facilities in the areas affected by the conflict are reportedly closed or operating at limited capacity. In Jonglei, Upper Nile and Unity states, the state hospitals that usually provide emergency obstetric care services are not functional. Alternative facilities at the periphery have either been looted or destroyed and/or health staff members have fled due to insecurity.

There are very few skilled birth attendants or equipment available for comprehensive obstetric care. Pregnant women, who are cut off from basic services and healthcare, are therefore particularly vulnerable in this conflict situation.

But amidst the crisis there is considerable resilience and hope. At one U.N. Population Fund (UNFPA)-supported makeshift maternity tent I had the privilege to visit, I was humbled to meet international voluntary midwives who were working with minimum resources to ensure mothers could deliver their children safely.

As a woman and as a mother, I was moved to tears by the smile on a young woman’s face as she breastfed her newborn baby for the first time, in a  makeshift tent. It is our collective humanity that must prevail and make a difference in the lives of the women of South Sudan. We can’t afford to abandon them and leave them to their own devices.

There is an urgent need to support government and other actors to accelerate the provision of lifesaving maternal and neonatal health information and services, without which many pregnant women and their babies are at high risk of death or disability. We also need to address the gender-based violence taking place during this conflict, despite the challenge of reporting experienced by many survivors.

The world cannot afford to ignore what is going in South Sudan. It is a humanitarian tragedy unfolding right in front of our eyes.

Our hope is that the upcoming meeting of donors in Oslo will be able to generate the necessary resources to address the care and dignity of South Sudanese women and girls. We also hope that constructive political dialogue among all actors will speedily return the country to a path of peace that is desperately needed RIGHT NOW.

While the need to promote peace and security for overall development is urgent, ensuring care and dignity for each and every woman and young girl, those most affected in crisis situations, is equally urgent.

The innocent eyes of those women and girls I saw in the protection of civilian sites are on all of us. The question is, how long will we keep them on the edge?