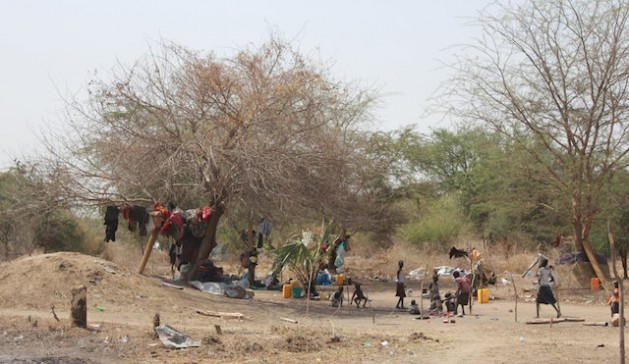 Thousands of displaced people camping under trees in Minkaman, northeastern South Sudan. They are among the hundreds of thousands of people who have fled during five months of fighting in the country. Credit: Andrew Green/IPS

JUBA, May 15 2014 (IPS) - It has not yet been a week, but South Sudan’s most recent ceasefire appears set to collapse, along with hopes that – after five months of fighting – the country might finally be on the path to recovery.

That earlier deal also fell apart within days and the fighting continued across much of the country’s northeast. Thousands of people have since been killed and hundreds of thousands scattered.

In the days before the Addis Ababa meeting, Deng Chioh was one of the many people in Juba unconvinced a new ceasefire agreement would work. He said the anger in the country runs too deep.

“If peace is to come to South Sudan, it’s going to take a very long time. It cannot be done while the current leader is the head of the state,” he told IPS. 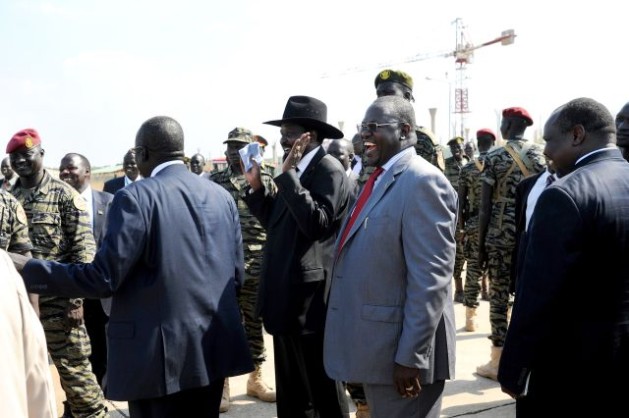 Last week’s signing ceremony was the first time Kiir and Machar have met since their latent political rivalry broke wide open on Dec. 15 when the former vice president walked out on a meeting of the ruling party.

Hours later fighting broke out in a Juba military barracks and Kiir quickly accused his former vice president of mounting a coup. The veracity of the accusation was inconsequential as fighting spread rapidly – first across the capital, and then much of the country.

On the first two nights of the December fighting, Chioh suffered through frantic phone calls from relatives and neighbours as they attempted to triangulate where the killings were happening.

By the third day, exhausted with worry, he and nine family members moved to a the United Nations Mission in South Sudan (UNMISS) base.

The site, known as U.N. House, is on the outskirts of Juba, in the shadow of Jebel Mountain – one of the few interruptions to the capital’s dully flat landscape.

Chioh said that soon after they stopped hearing from a handful of relatives who decided to remain in their homes, and he can only assume they were killed.

The Addis Ababa reunion followed increased pressure from regional and international actors to end the violence. Last week, the United States issued sanctions against a military leader on each side of the conflict and warned more could be in the offing.

Under the revived deal, the two sides agreed not only to freeze their troops within 24 hours, but to give humanitarian groups access to thousands of civilians caught in combat zones. UNMISS announced within hours of the signing that they were standing by to begin deliveries of “life-saving aid” if the ceasefire took hold.

There was suddenly cause to consider, not whether South Sudan could be saved, but how this deeply-divided country could be repaired.

The depths of these divisions were revealed in the days before the meeting, when UNMISS released a report documenting “gross violations of human rights” by both sides during the ongoing clashes, including the targeted killing, rape and kidnapping of innocent civilians.

There has been an ethnic cast to the fighting from the start, pitting Kiir’s Dinka community against Machar’s Nuer, and the violence against civilians has deepened distrust between the country’s different groups.

In one of the many horrific episodes, the rebels stand accused of murdering more than 200 civilians hiding in a mosque in the northern town of Bentiu, capital of Unity state. Nearly 80,000 people have now taken refuge at UNMISS bases, behind the protection of U.N. peacekeepers.

More than 10,000 people have crowded into U.N. House, which also hosts blocks of U.N. offices. From their windows, U.N. staffers can now peer out over a vast makeshift campsite, built mostly of plastic sheets, scrap metal and wooden planks.

U.N. House holds some of the earliest victims of the crisis, mostly Nuer from the surrounding neighbourhoods. They fled to the base as security forces conducted house-to-house searches during the height of the Juba clashes. 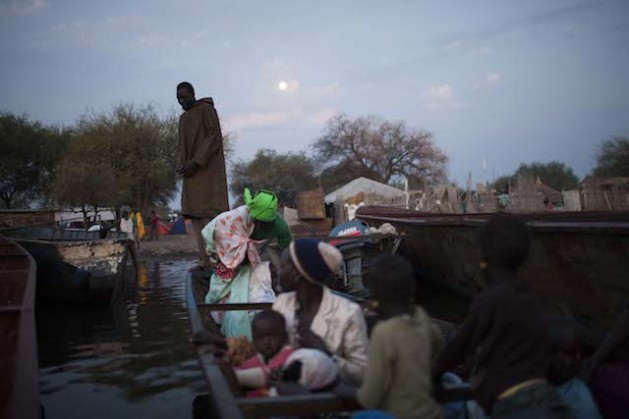 Among the testimonies UNMISS collected are stories of uniformed men storming through those communities, capturing and interrogating civilians in the Dinka language. “If a person questioned in this way admitted to being Nuer, could not speak Dinka or was able to speak Nuer, that person would be shot,” according to the report.

Members of the Dinka community harbour concerns about peace should Machar be invited back into any future government. There is no political solution that will salve all of the country’s wounds.

The only option is forgiveness, Reverend Bernard Oliya Suwa told IPS. And as soon as a ceasefire takes hold, it will be his task to convince Chioh – and countless others – to choose that path and attempt to reconstruct South Sudan. Suwa is the secretary general of the Committee for National Peace, Reconciliation and Healing.

The Committee pre-dates the conflict. Kiir created the body in April of last year and directed its five heads, culled from the country’s religious leadership, to address injustices committed during the southern rebels’ decades-long fight for independence from Khartoum.

Their plan, arrived at in early December, was to recruit county-level “peace mobilisers” to spend months in their communities gathering testimony and presenting it to local mediators. Grievances “of higher concern,” Suwa said, including complaints over resource allocation or large-scale atrocities, would be referred to state or national committees. 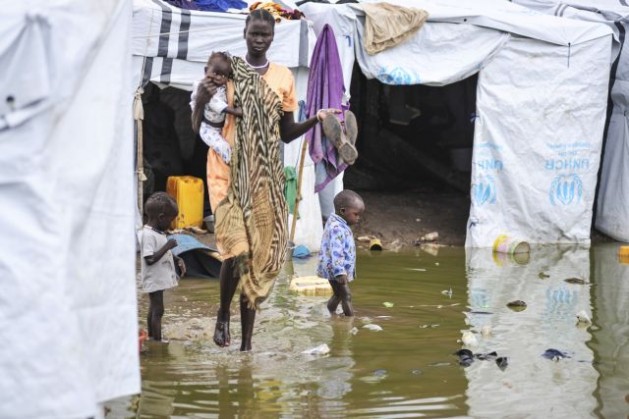 The committee’s plans have already been adapted to the recent violence. They would work with two other bodies, including a Parliamentary commission, to form a broader National Platform for Peace and Reconciliation. He acknowledges that after the recent fighting, “the level of mistrust in this country runs so deep,” but told IPS he believes the Committee members can help allay it. But only if there is peace. Which is why the renewed cessation of hostilities agreement “is a huge, huge relief. Knowing that we can go ahead and roll out our programmes.”

By the time Kiir’s plane touched down in Juba later that afternoon to a crowd of people gathered to celebrate the peace deal, each camp was accusing the other of provoking the fighting. Those accusations have continued every day since.