WASHINGTON, Apr 26 2012 (IPS) - The White House on Thursday announced the formulation of the National Bioeconomy Blueprint, aimed at shoring up the U.S. commitment to bioscience-related research. 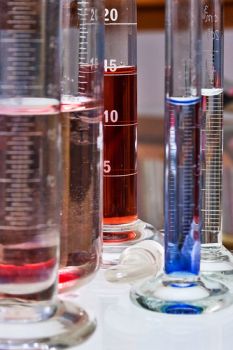 A recent study found that "zero percent" of federal funding of synthetic biology was going into risk assessment. Credit: Horia Varlan/CC By 2.0

But critics warn that the new programme focuses too much on economic concerns, placing too little emphasis on either social issues or on the environment itself.

“We’re disappointed to see what finally came out,” Eric Hoffman, a Washington-based campaigner with Friends of the Earth, an international NGO, told IPS. “This report largely seems to be an endorsement for the biotechnology industry to rush ahead without any real oversight.”

The biotechnology industry “says that it has been calling for this type of legislation for long time,” Hoffman notes. “That makes sense, given that the industry stands to gain the most from the types of policies laid out in the Blueprint.”

Hoffman says that the biotechnology industry includes many of the largest oil and petrochemical producers – ExxonMobil, BP, Chevron, Monsanto, Dow. The lack of plans for government regulation apparent in the Blueprint leaves him pessimistic that much “clean, green” technology will come out of the new effort.

He also points to a recent study by the Woodrow Wilson Center, based here, that found that “zero percent” of federal funding of synthetic biology was going into risk assessment. “That’s not how you have an honest policy debate,” he says.

The government itself defines the bioeconomy as “economic activity powered by research and innovation in the biosciences”. In the Blueprint, the issue of environmental concerns is dealt with only tangentially, although the general push is to phase out fossil fuels and industrial materials in favour of organically based compounds and “green” approaches.

Of the five strategic objectives laid out in the Blueprint, only one specifically mentions the environment. Even then, it arises only in a call to “Develop and reform regulations to reduce barriers, increase the speed and predictability of regulatory processes, and reduce costs while protecting human and environmental health.”

The bioeconomy has increasingly emerged as a priority for the Barack Obama administration. Thursday’s announcement followed on initial plans announced by the U.S. government in September 2011, building on legislation passed in 2000 called the Biomass Research and Development Act.

Other developed countries are also increasing their focus on aspects of their nascent bioeconomies, particularly in moving beyond fossil fuels. In February, the European Commission publicised a new strategy to ramp up related efforts. The “green economy” is also a central theme at the upcoming United Nations Conference on Sustainable Development in Rio de Janeiro.

While many such efforts are to be lauded individually, there is growing understanding of the dangers of state-backed moves towards relying on ecosystem-based products.

“While the idea of using renewable resources instead of fossil fuels is a good idea in theory, the way in which the bio-economy approach proposes to achieve this goal is at best deeply flawed and inequitable, and at worst downright dangerous,” states a new report released on Thursday by the Global Forest Coalition, an international umbrella group.

The report, “Bio-economy Versus Biodiversity”, notes the spiking demand for land across the world for both food production and human habitat. This has not only led to increased land-based conflict, the report suggests, but has also increased global hunger.

“Without reducing consumption and demand for energy and products, the sheer scale on which biomass would have to produced to meet the demands of a global bio-economy would severely exacerbate these problems,” the report states.

Those technologies currently being lauded in the attempt to move beyond fossil fuels – such as the use of algae in creating electricity – are risky or as yet untested on a wide scale, warns the report. As such, the technologies that would undoubtedly be used in the immediate future – and almost certainly beyond – would be relatively dirty and wasteful, such as burning biomass.

“The bio-economy approach offers politicians in industrialized countries an opportunity to be seen to be doing something about meeting ill-defined ‘renewable energy targets’, while maximizing opportunities for economic growth and securing a constant supply of energy,” the report warns. “There is precious little concern about the environment, or about impacts in other countries, apart from the usual platitudes about providing jobs.”

Concerns over this new push towards the bioeconomy coincide with high levels of international anxiety over food security.

“The current U.S. mandate prescribes a huge increase in the generation of energy from land,” Ujjayant Chakravorty, a professor at the Alberta School of Economics, told IPS. “Forty percent of U.S. corn is already used for energy rather than food, and that number will go up in the next 10 years.”

In the U.S. in particular, any major new push towards mass reliance on biofuels would almost certainly have a direct impact on wellbeing in other parts of the world.

For instance, Chakravorty says that rice, wheat and sugar constitute around two-thirds of daily calories for many people in India, as they do for much of the developing world. If more land in India were to be sown for non-edible biofuels, prices for these necessities would almost certainly rise.

“The U.S. has a quarter of the world’s vehicles,” Chakravorty says. “In India alone, the U.S. biofuel policy could directly result in 15 to 40 million people dropping below the poverty line.”