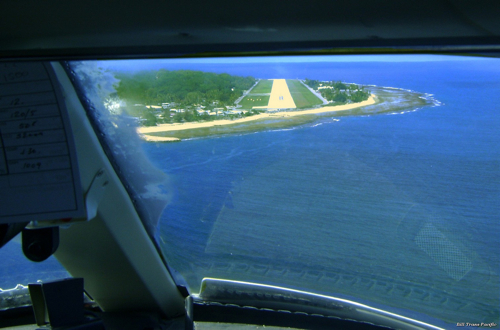 BRIDGETOWN, Barbados , May 7 2012 (IPS) - By the time small island developing states (SIDS) arrive at the Rio+20 conference in Brazil in June, they will have worked hard to co-ordinate their message to the rest of the world about the importance of sustainable development for their countries.

In a two-day conference, SIDS Achieving Sustainable Energy for All, that began today in Barbados, these countries are preparing for the conference to ensure that their needs do not go overlooked in June.

Freundel Stuart, prime minister of Barbados, said the country believes it is crucial for the Rio+20 conference to not only recognise the structural vulnerabilities of SIDS but also “offer a model to assist us in realising our sustainable development aspirations and create the institutional platform that would enable us to participate in innovative partnerships both regionally and internationally in this process”.

In turn, islands in the African, Caribbean and Pacific must press the international community to honour previous commitments related to SIDS, he added. “It is also essential that SIDS obtain the requisite resources to make renewable energy resources accessible and affordable,” he told the delegates to the United Nations-sponsored conference.

Stuard called the Rio+20 conference a golden opportunity for the SIDS to speak as one and convey the urgency of fully embracing sustainable development and united around a common agenda to ensure its realisation.

“We must use these meetings in Barbados to prepare ourselves for what will be a battle to articulate, promote and defend our interests, to the benefit of our people, and indeed of the planet. The time for talking is over. The time for concrete and concerted action is upon us,” Prime Minister Stuart said.

The United Nations (U.N.) Conference on Sustainable Development, commonly known as the Rio+20 conference, is a follow- up to the historic 1992 U.N. Conference on Environment and Development (UNCED), also held in Brazil.

In the meantime, the SIDS conference, first held in Barbados in 1994, is underway.

Its participants are discussing a number of initiatives, including ensuring affordable and reliable access to modern energy services in SIDS by 2030; energy access, governance and poverty in SIDS; and the role of energy access in relation to economic development.

Stuart told delegates from various SIDS including the Cook Islands, Tuvala and Nauru that the meeting’s proposed outcome document will address the fundamental concerns of SIDS on issues of conservation and sustainable management, or “blue economy”, even though they are not currently reflected in the draft document.

He emphasised that “plans are being developed for a coordinated approach to renewable energy” at the wider Caribbean level, citing an “abundant endowment of renewable energy resources”.

“Sustainable development is still seen fundamentally as an environmental issue while development, as economic growth, continues to be the dominant paradigm,” he explained. As a result, “it has not been able to find the political entry points to make real progress.”

“The concept of sustainable development must therefore be incorporated into the mainstream national and international economic policy debates.”

U.N. Secretary-General Ban Ki Moon, in a message to the conference, said that the diverse group of countries is united by special vulnerabilities, from climate change and increased risk from disaster, to restricted markets and high conventional energy costs that can hinder development.

“Small island developing states need to free themselves from dependence on fossil fuel imports and transform their energy sectors to encompass modern efficient, clean and renewable sources of energy,” he said, noting that “sustainable development is not possible without sustainable energy”.

“Sustainable energy for all can drive economic growth. It can lift people from poverty, strengthen social equity and protect our environment,” Ban said, adding that “sustainable energy must figure prominently in the outcome” of Rio+20.

It was a theme reiterated by Michelle Gyles-McDonnough, the U.N. resident coordinator and U.N. Development Programme (UNDP) resident representative in Barbados.

“Sustainable energy for all is an idea whose time has come,” she said, adding that discussion at Rio+20 has the ability to “(give) birth to a new energy paradigm to propel the development process across SIDS and the rest of the developing world” and “achieve full realisation of the Barbados Programme of Action for SIDA”, which was the result of the 1994 conference in Barbados.

Stuart said that in reviewing how fully policies in that programme have been implemented, a “fair amount of work remains undone, especially regarding the integration of sustainability principles into mainstream economic policies”.

Stuart acknowledged that the global economic crisis and the volatility and high levels of international oil prices over the last three years have “seriously weakened the three pillars of sustainable development – the society, the economy and the environment”.

But he countered these disadvantages by noting that “at the same time, advances in technologies for harnessing renewable energy, and the capacity to increase energy intensities, have made it possible for us to believe that there can be a future for the world beyond the use of fossil fuels”.