BRATISLAVA, Jun 19 2012 (IPS) - Rights groups have called on governments in Central and Eastern Europe to publicly condemn violence against Roma, as a family was gunned down in Slovakia in the latest example of what monitors say is a rising tide of violence against Europe’s largest ethnic minority. 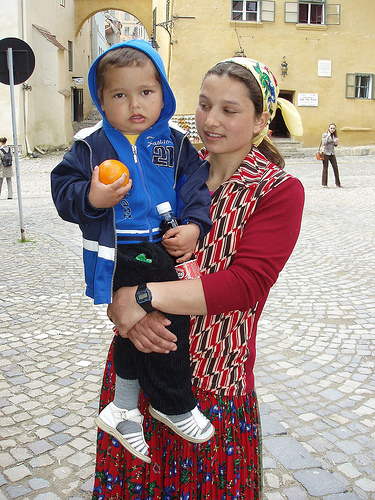 The calls also come just days after the European Court of Human Rights ruled that Slovakia failed to carry out an effective investigation into a brutal attack against 10 Roma in 2002 which left several seriously injured.

Rights activists say that the ruling highlights disturbing shortcomings in the investigation of crimes against Roma and that political leaders must do more to ensure that perpetrators of racist crimes are brought to justice.

Dezideriu Gergely, executive director of the European Roma Rights Centre (ERRC) in Budapest, told IPS: “This judgment from the European Court of Human Rights stems from an incident that happened a decade ago. But the same kind of violent incidents continue to occur.

“This case reminds us that Slovak and other authorities in the region need to develop their procedures and practices to adequately address violent attacks against vulnerable minorities and ensure that racist violence is not met with impunity.”

Many Roma, or Romani, complain of systematic persecution and discrimination at all levels of society in many countries. The majority of Roma live in Central and Eastern Europe, although there are large communities in Spain, France, Greece and Italy as well.

There are between 10 and 12 million Roma spread across Europe, and in Central and Eastern Europe most of them live in relative poverty. Unemployment in some Roma settlements is close to 100 percent, and high crime rates are also a problem in many communities.

But Roma say that discrimination against them is systematic in local police forces, and that crimes against them, especially violent ones, are poorly, if at all, investigated.

Georgina Siklossy of the European Network Against Racism (ENAR) told IPS that studies monitoring state response to violence against Roma showed how bad the situation was.

A study by the ERRC between 2008 and 2011 of 44 selected cases in the Czech Republic, Hungary and Slovakia found that only 20 percent of the cases resulted in convictions and that police investigations were suspended without identifying suspects in nearly one third of the cases. A racial motive was ruled out or not confirmed during police investigations in 50 percent of all cases.

She added: “Other members of our network have also documented a lack of proper investigation of crimes against Roma.”

Racism monitoring groups across the region have reported growing violence against Roma and other ethnic minorities as right-wing extremist political parties and other movements grow in popularity in the wake of the global financial crisis.

In the Czech Republic, which has a Roma population of more than 300,000, three people were killed in attacks on Roma between October 2011 and March this year. There have also been a string of arson attacks in recent years on Roma, one of which left a two-year-old baby disabled for life in 2009.

In Hungary, nine people were killed between 2008 and 2011, including two minors, in attacks on Roma. Molotov cocktails, hand grenades and guns were used in some of the attacks.

And in Romania, two Roma men were killed by police within the last month alone. In May, a 24-year-old Roma man jumped into a lake to escape officers who had been chasing him for a suspected theft. He was shot in the head while treading water 10 to 15 metres from the shore.

On Jun. 10, two Romani brothers were shot, one fatally, in Agristeu, Mures County, following a police intervention in response to a local conflict. The ERRC and local NGO Romani CRISS called on Romanian authorities to condemn the shootings and make sure the relevant officers are held accountable for their actions.

And in the latest attack in the region, three members of a family were shot dead by an off-duty policeman who opened fire on them outside their home in Hurbanovo, Slovakia. Two other members of the family were seriously injured in the attack.

The motives for the attack are unclear.

In handing down its judgement this month, the European Court of Human Rights underlined how important it was for authorities to ensure that investigations into racist violence were seen to be full and effective.

The court said that it had “taken into account the particular importance for an investigation into an attack with racial overtones to be pursued with vigour and impartiality… to reassert continuously society’s condemnation of racism and to maintain the confidence of minorities in the ability of the authorities to protect them from the threat of racist violence.”

Roma rights groups say that public condemnation of racist violence is vital to stopping similar crimes in the future.

Stefan Ivanco of the Slovak NGO Centre for Civil and Human Rights, which has represented Roma victims of violent crime in court, told IPS: “The Slovak government, for one, could definitely be more active in condemning such incidents against Roma. It is not something it finds important to thoroughly deal with.

“But if governments are seen to be quiet or weak on the issue of violence against Roma and are not publicly condemning it or making sure that police are doing their job properly, it is easier for racists and neo-Nazis to carry out attacks and sends society as a whole a message that there is no need to act against violence on Roma.”

Siklossy added: “If authorities effectively address racist crimes and violence, it sends a strong message to the population that racism towards Roma is not acceptable and that racist acts will be punished.”