COIMBRA, Portugal, Mar 9 2011 (IPS) - Bruno Gonçalves wears many hats: he is municipal mediator in this city in central Portugal, a leader of the NGO SOS-Racismo, author of a book on integration in schools, and a human rights activist — but, he stresses, “I never stop being a gypsy.” 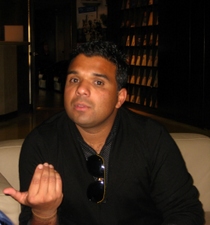 In this interview with IPS, Gonçalves said he would also soon don a new hat: at the age of 35, after working hard to complete his secondary school education, he will become a student of sociology at university in September.

A resident of Coimbra, 190 km north of Lisbon, Gonçalves is one of 15 municipal mediators in a project run by the High Commission for Immigration and Intercultural Dialogue (ACIDI) set up to fight social exclusion.

The 50,000 gypsies living in this South European country of 10.6 million people are one of the groups suffering discrimination.

Gypsies, or Romani people, were originally from northern India and began to migrate to Europe and North Africa around 1,000 years ago. The largest Romani or Roma communities are in Eastern and Central Europe, Russia and other former Soviet Union countries, with significant numbers in Western Europe and smaller numbers scattered throughout the Middle East, North Africa, and the Americas.

The word gypsy — and derivations in other languages, like zigeuner, gitan, gitano, tsigane, cygan or cigano — came from an old misconception that they were from Egypt.

The Romani people have long suffered discrimination and persecution, which peaked during World War II, when 250,000 to 500,000 perished in Nazi concentration camps.

In Portugal, the first literary reference to Romani people, known locally as “calé”, dates to 1510. A 1526 decree issued under King João III banned the entrance of gypsies into the kingdom and ordered those who already lived there to leave. The first recorded deportation of gypsies to Brazil, a Portuguese colony, took place in 1574. Entire groups were sent to Brazil and to Portugal’s African colonies during the colonial period.

Q: Is it important for people in Portugal to be familiar with the history of your people? A: A better understanding of our history and culture can help generate a new dynamic between gypsies and non-gypsies, based on ties of mutual respect and appreciation, and can help fight preconceptions and stereotypes that are still alive and well.

But Portugal has a lot of work to do, especially in terms of providing skills training that would enable gypsies to fully exercise their rights as citizens, by finding a job and earning a year-round wage, for example.

Q: A task that is part of your job as a mediator. Can you tell me about your experience in this position? A: It has been very complicated. As a mediator, I have felt the frustration of sending many Portuguese gypsies to apply for a job, and yes they’re allowed to apply, but in the private labour market, the doors slam shut because they are gypsies.

If we don’t have employment opportunities, aren’t they pushing us into marginalisation?

Q: Even though discrimination is expressly prohibited in the constitution… A: Yes, that’s true, but this is a subtle racism, which makes it very difficult to bring a case to court. Our constitution does not permit people to be treated as second-class citizens, but it is very hard to prove a case of discrimination. It’s not easy to eradicate negative ideas about gypsies, and experience shows me that changing these mentalities will be an enormous task.

Q: In comparative terms, how would you describe the situation of gypsies in Portugal and other European countries? A: Compared to some countries like Italy or France, or Hungary, where the extreme right has even been killing gypsies, this is a bit like ‘a little corner of heaven’.

But although racism here is subtle, it is widespread. Verbal violence, direct racism, which is especially seen in Hungary and Italy, doesn’t occur so much in Portugal. But subtle racism sometimes hurts more than overt racism.

To rent a house, for instance, I have difficulties because of my physical appearance, but now that I’m with my wife that no longer happens because she doesn’t look like a gypsy.

Q: What is your view on generalisations about gypsies? A: There is a tendency to magnify the stereotypes, throwing all of us in the same bag. If a gypsy misbehaves, it shouldn’t be seen as a collective thing, but that is what most of Portuguese society tends to do.

Q: Something that also happens in the case of people from Africa. A: Yes, but it’s different in the case of gypsies. Even though people say ‘gypsies haven’t integrated in society’ in five centuries, we have adapted to everything in Portugal. But one very different aspect is that we gypsies insist on not losing our identity.

By contrast, when Portuguese-speaking Africans move here, if they aren’t already assimilated, they allow themselves to assimilate, they behave more like mainstream society, and are thus much more accepted than we are.

Q: The terminology or language used by the media does not seem to contribute to the fight to eradicate the stigma against gypsies. A: It would help a great deal if Portuguese journalists would live up to their duty and respect the press law, which says, in article 8, that race and nationality cannot be mentioned. But they continue to do so, and if the media regulatory authority would act, many people would already have been prosecuted.

What a number of reporters are doing by repeating generalisations is further building up the wall of intolerance.

Q: At a Feb. 25 seminar on “social inclusion of gypsies in Portugal and the EU”, three categories of calés were mentioned: totally integrated, relatively integrated and far removed from integration. Do you agree with that classification? A: I agree that there are gypsies who have achieved integration, but often by means of economic clout. Today, the person who has money has everything. But there are very few of these, a grain of sand in a huge dune.

However, in the full exercise of citizenship, it shouldn’t be up to an individual gypsy to win integration; society should also offer it, but truly, not in a hypocritical manner.

Working on behalf of gypsies is one thing, and working with gypsies is something else. I want to work with both non-gypsies and gypsies. It is often said ‘we have the mediators’, but we, the mediators, are frequently manipulated.

Q: By your colleagues? A: Pretty sounding words are used, but on the ground that’s not how it is. The reality is different. When they say they consider us their equals and colleagues, that’s not exactly true. We are always seen as gypsies, in every context. And the truth is that I am, in all cases, Portuguese citizen Bruno Gonçalves, a mediator — but that doesn’t mean I ever stop being a gypsy.