Get Ready for a World of Nine Billion 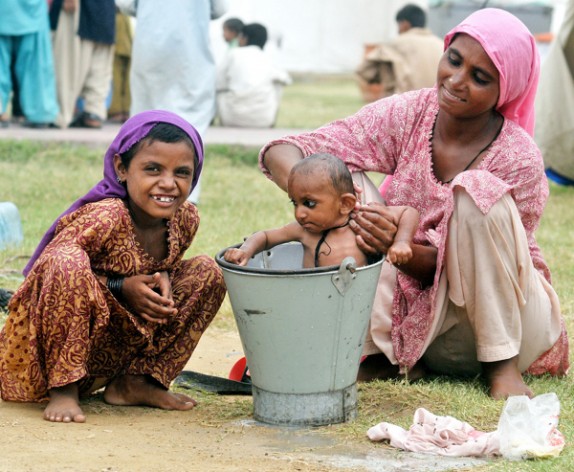 Efforts to promote sustainable development that do not address population dynamics will continue to fail. Credit: Fahim Siddiqi/IPS

RIO DE JANEIRO, Jun 21 2012 (IPS) - As the global population threatens to explode – from the current seven billion to over nine billion by mid-century – the sharp increase in humans not only means overcrowded cities but also increasing demands on food, water, energy and shelter, foreshadowing devastating implications for a sustainable future.

The 21st century is a critical period for people and the planet, with demographic and consumption trends posing tremendous challenges in a finite world, warns a new report released at the Rio+20 summit on June 21 by the U.N. Population Fund (UNFPA).

Appropriately titled “Population Matters for Sustainable Development”, the report underlines the relevance of population dynamics in the sustainable development agenda “which has been lost over the past decades”.

It puts forward concrete human-centred and rights-based policies to address issues facing the world at large in the 21st century.

In an interview with TerraViva, UNFPA Executive Director Dr. Babatunde Osotimehin said improving the wellbeing of humanity now and into the future requires above all a genuine and immediate shift towards sustainable production and balanced consumption – the hallmark of the green economy.

“Everywhere, but especially in emerging economies, millions more people are becoming richer consumers of goods and services, thus adding to pressures on natural resources. Sustainable patterns of consumption – enabled in part by appropriate technologies – are therefore urgently needed,” he said.

Dr. Osotimehin said new global population dynamics present many challenges but also offer opportunities to secure a sustainable future. Demographic shifts, such as the trend towards living in cities, can reduce strains on the environment by reducing consumption of resources.

“Slowing population growth can have a positive impact on environmental sustainability in the long run. It will also offer nations more time to adapt to changes in the environment. However, this can occur only if women have the right, the power and the means to decide freely how many children to have and when,” he said.

The report says more than two-thirds of the governments of the 48 least developed countries (LDCs) have expressed major concerns with high population growth, high fertility and rapid urbanisation.

But change is possible through a set of policies which respect human rights and freedoms and contribute to a reduction in fertility, notably access to sexual and reproductive health care, education beyond the primary level, and the empowerment of women.

Dr. Osotimehin said governments also need to integrate population trends and future projections into their development strategies and policies. “Investments that are built on – and take advantage of – demographic trends can help transform populations into rich human capital that can propel sustainable development,” he said.

“Planning for projected changes in population size for trends such as migration, ageing and urbanisation is an indispensable precondition for sustainable rural, urban and national development strategies, as well as meaningful efforts to mitigate and adapt to climate change.”

Meanwhile, in a dire warning, the final blueprint for a sustainable future, entitled “The Future We Want”,  to be endorsed by world leaders Friday says: “We are deeply concerned that one in five people on this planet, or over one billion people, still live in extreme poverty, and that one in seven – or 14 percent – is undernourished, while public health challenges including pandemics and epidemics remain omnipresent threats.”

“We acknowledge that with the world’s population projected to exceed nine billion by 2050 with an estimated two thirds living in cities we need to increase our efforts to achieve sustainable development and in particular, the eradication of poverty and hunger and preventable diseases.”

On Wednesday, U.N. Secretary-General Ban Ki-moon pointed out to world leaders that 20 years ago, during the 1992 Earth Summit, five and a half billion people lived in the world.