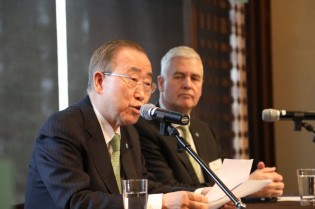 By Jamshed Baruah
Cyclone Pam has not only caused unprecedented damages to the Pacific island of Vanuatu but also lent urgency to U.N. Secretary-General Ban Ki-moon’s plea that disaster risk reduction is in “everybody’s interest”.
Next Page »
ADVERTISEMENT ADVERTISEMENT